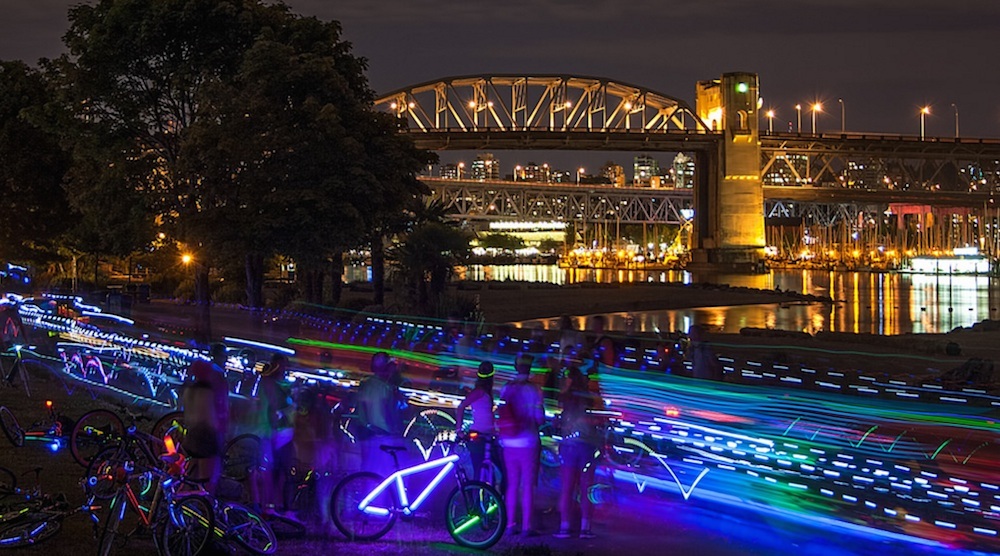 This will extend last year’s inaugural Our City Ride and Bike The Night events into a second pilot year as both events received $250,000 in City funding in 2017.

The larger daytime Our City Ride was co-founded by Olympian and former IOC member Charmaine Crooks and organized by M1 Sports Management, which is also behind the Global Relay Gastown Grand Prix, while Bike The Night is organized by advocacy group HUB Cycling.

For the 2017 events, organizers of Our City Ride say their event attracted 2,500 cyclists throughout the 17-km route through downtown Vancouver and Stanley Park and 6,000 attendees for the festival held at David Lam Park while Bike The Night saw 3,500 cyclists for the nighttime illumination ride.

For this year, the events aim to have a combined ridership of 10,000 cyclists.

But the funding approval did not smoothly roll through City Council, which necessitated an hour-long debate with Non-Partisan Association (NPA) councillors questioning the relatively high expenditure.

City councillor George Affleck suggested that the events merge together to create a single event with a stronger attendance, but that idea was later shot down in a vote along party lines.

“What concerns me is that the amount of money is one of the larger grants we’d provide for events in the city… I think there is not enough room in the city for two bike events. I think we have an opportunity to have one great bike event,” said Affleck.

“They are competing for sponsorship dollars, attendance, and interest, and I think it is counterintuitive, counterproductive, and personally makes no sense to me. I respect the hard work both organizations have done, but think it’s time for them to work together and put together one fantastic feature event that will draw significant interest internationally.”

Similar concerns were also given by city councillor Hector Bremner: “There are events that have hundreds of thousands of people that we fund a fraction of this. There are events that generate huge amounts of economic opportunity for the city, but the issue is about balancing context.”

However, Vision Vancouver countered those assertions, with Mayor Gregor Robertson saying the continued funding levels are required to “keep the momentum going” past the infancy years of the events and city councillor Raymond Louie arguing that both rides offer distinct experiences and a range of riding opportunities should be provided.

Both events will happen in late-summer 2018; Our City Ride is scheduled for August 18 while Bike The Night is on September 16.