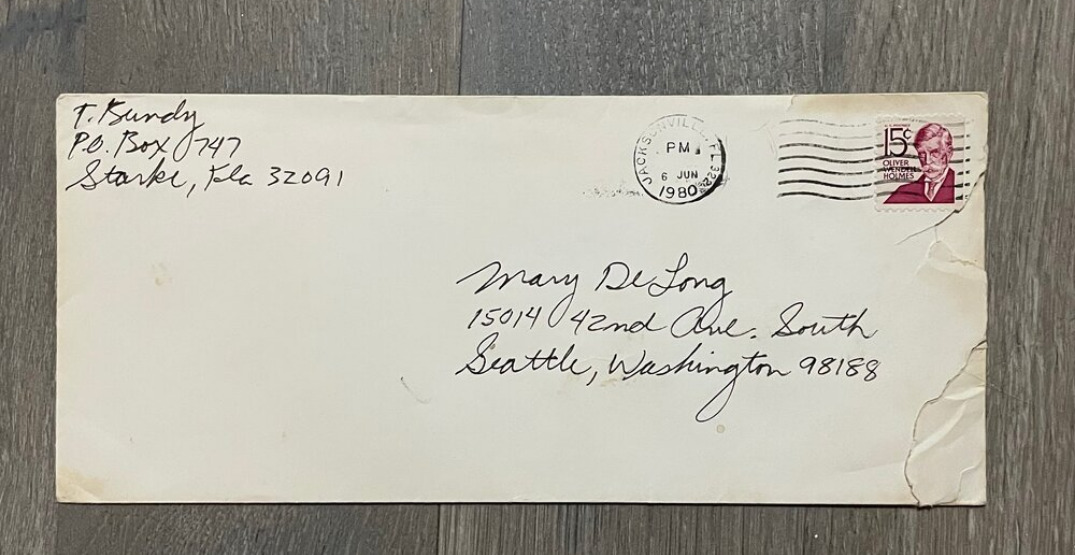 A letter signed and sent by Ted Bundy (Cult Collectibles)

Cult Collectibles is a digital marketplace and a passion project for a Vancouver man who has made it his life’s work to collect murderabilia, or true crime artifacts.

Well, if you have, that’s a little creepy, but you’re in luck.

Robert Applewhite is the true crime hobbyist behind Cult Collectibles, which, between his shop and his personal items, is Canada’s largest collection of morbid artifacts.

Some of the more notable items in his collection include items from Heaven’s Gate, The People’s Temple, The Branch Davidians, and items linked to John Wayne Gacy, Charles Manson, Ted Bundy, and Jeffrey Dahmer.

True crime media has become increasingly popular, which has allowed Applewhite to turn collecting murderabilia from a hobby into a full-time job.

“I had been collecting cult items for a few years, and eventually wanted to part with some pieces in order to make room for new things,” Applewhite told Daily Hive.

“Finding stuff is almost like a treasure hunt. I source things from thrift stores, auction sites, [and] networking with other collectors. The rarest items tend to come my way via more unconventional means.”

We were curious about the rarest items in his collection.

“Letters from Jeffrey Dahmer and Ted Bundy come to mind for being hard to find and very expensive. However, my favourite pieces are one-of-a-kind items. I have a small assortment of documents and handwritten notes that came from the Heaven’s Gate mansion.”

While the names Dahmer and Bundy are likely familiar to many people, knowledge of Heaven’s Gate isn’t as prevalent in the mainstream.

Heaven’s Gate was a religious movement, which some labelled a cult, that existed in the ’70s, and was described by some scholars as a combination of Christian millenarianism, New Age, and Ufology.

The group believed that they would ascend to heaven after death aboard a UFO. In 1997, 39 members of the group participated in a mass suicide, which coincided with an astronomical event.

“It is a bit of a niche hobby, but there is a lot of loyalty in finding someone you can trust in having authentic pieces.”

Applewhite isn’t alone in his fascination.

“The site is fairly popular. There are only a handful of sites that provide these kinds of items, and I believe mine is the only one based in Canada. When it comes to the kind of customers I get, there is a ton of variance. A lot of the business comes from repeat clients who are interested in collecting for one or two specific cases and keep an eye on anything that comes in.”

Some of Applewhite’s most expensive pieces include a $3,500 signed self-portrait of John Wayne Gacy, a $3,500 David Koresh band T-shirt, and a $1,200 handwritten letter from Ted Bundy.

He also sells rare collectibles, such as magazines that featured major stories like the OJ Simpson trial, and rare copies of books and DVDs that are not available for purchase in Canada.