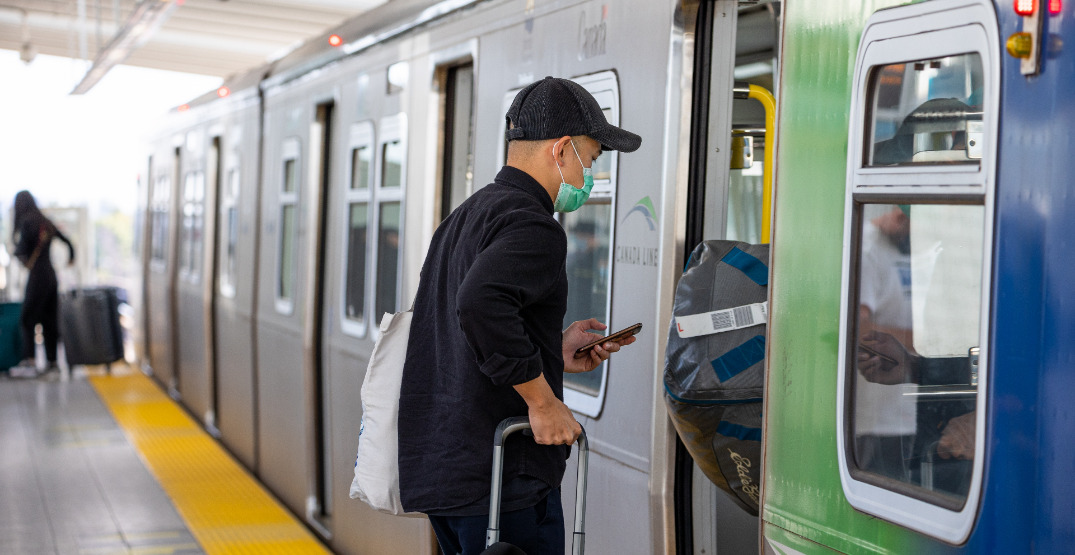 Mask mandates have been lifted for most of Canada, but many people are still wearing masks on transit, with Vancouver being a major exception.

An interesting report from Transit App highlights that a majority of Vancouver transit riders have opted to shed their masks in the wake of mandates being lifted. While masks are welcome on most TransLink vehicles, they’re currently only mandatory on HandyDART services.

The people behind Transit App have actually created a dashboard where you can track day-to-day mask usage through a feature called Rate-My-Ride.

The report looks at how mask adoption has shifted since mask mandates have been repealed across the USA and Canada. 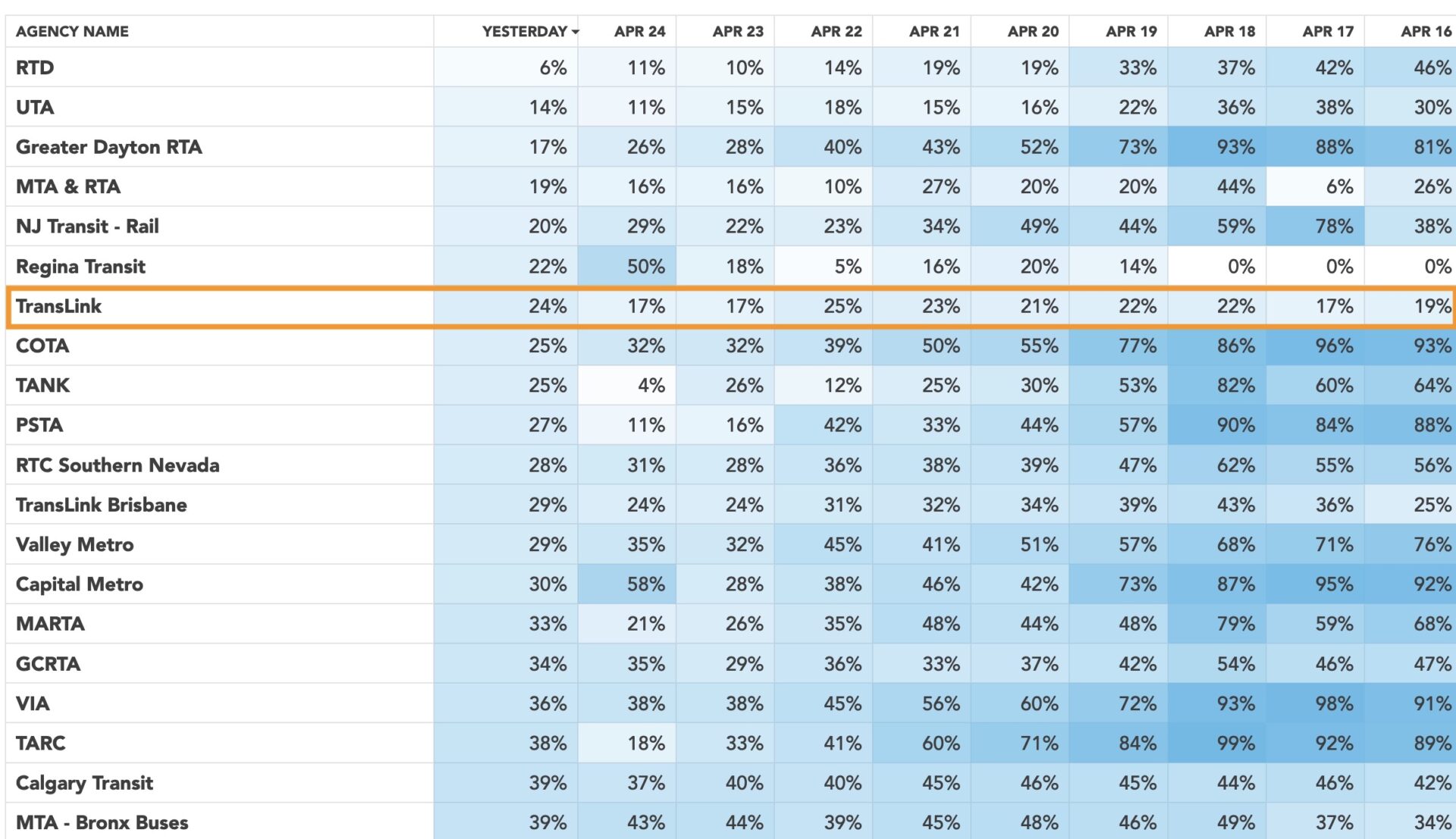 One of the other key takeaways is that mask adoption is falling in most cities across North America. A key exception is Montreal, where riders are still masking in big numbers.

Another interesting tidbit is that mask wearing is at its lowest on weekends and late at night. Transit riders seem more likely to keep their masks on during peak periods like rush hour.

Some of the questions the report proposes include whether or not this trend of masks no longer being worn will negatively impact ridership. Transit App plans on answering that question with future data.

Are you still wearing your mask on transit in Vancouver? Let us know in the comments.