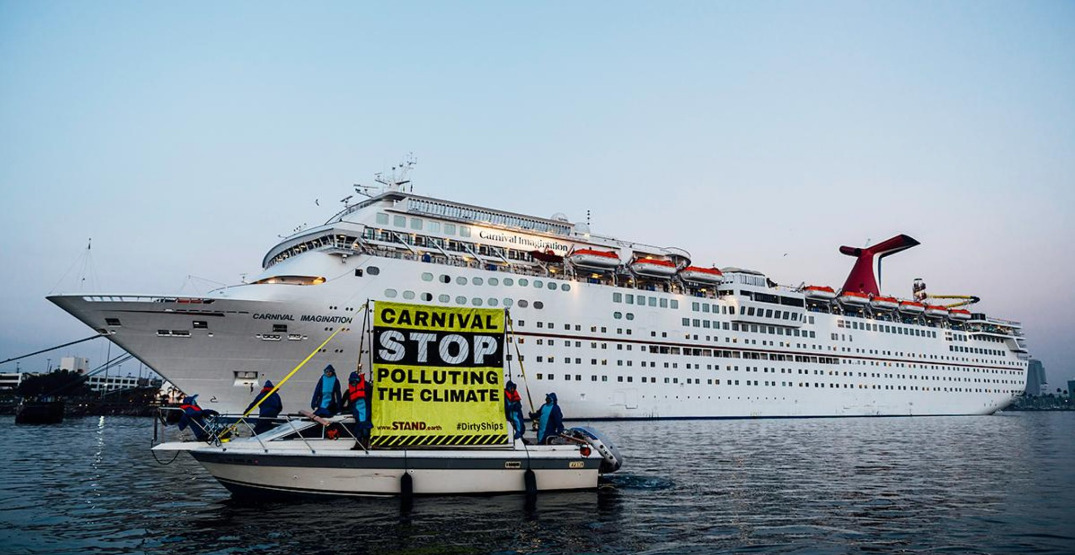 As the cruise ship industry gets ready to set sail in a less pandemic-ridden world, Vancouver climate activists are hoping Canadian leaders will wake up to the environmental destruction the industry leaves behind.

On April 27, the first Alaskan cruise ship to dock in Vancouver this season will arrive at Canada Place. Climate activists are planning to “greet” the ship with a press conference and a rally. They’re also going to deliver a petition that has been signed by over 50,000 people to the nearby federal government building.

The petition notes that the cruise ships are dumping enough sewage “to fill an Olympic swimming pool every day.”

The main purpose of the action is to stop the legalization of the dumping of harmful pollution cruise ships release into the ocean. The primary speakers represent both Stand.earth and the Georgia Strait Alliance.

“Cruise ships are returning to Vancouver along with their poop, greywater, and washwater dumping,” reads the Facebook event page.

In a media release, Stand.earth links to a report that was commissioned by the group that looks at the environmental impacts of the cruise ship industry.

The report’s primary aim is to debunk myths about the benefits of the cruise ship industry.

The key findings include:

The report suggests that Transport Canada has finally taken notice of dumping by the cruise ship industry.