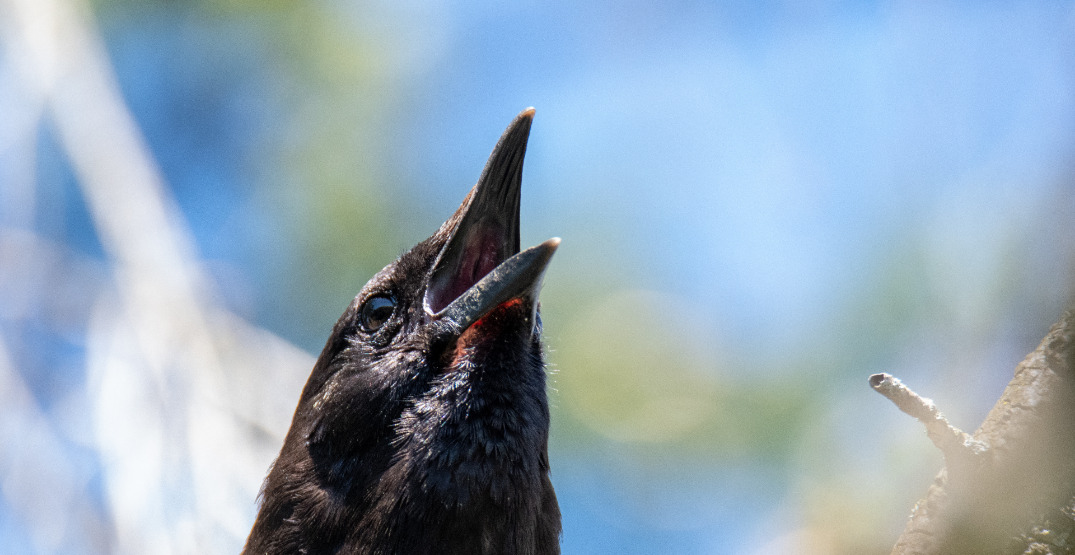 Angry crows may be on the attack, protecting their babies from pesky Vancouver pedestrians.

If you’ve been dive-bombed by crows, or worse, actually attacked by a crow in recent weeks, you’re not alone.

According to the BC SPCA, springtime to early summer is crow nesting season, so Vancouver is right in the thick of it currently.

Thankfully, there are a few ways to protect yourself, and a number of ways to figure out which areas may be the most problematic. You can also help fellow Vancouverites identify problem areas.

CrowTrax allows you to report a crow attack that is accessible to others. It also lets you put in a comment about exactly what happened, along with the level of aggressiveness on a scale of one to five.

Some of the reported attacks that have occurred since the beginning of May this year seem particularly violent.

“[Five or six] crows attacked me and my two dogs. Bombed us with poop,” one user reported.

Another said that a crow “attacked from behind and left a bleeding cut on the skull.” That user wasn’t alone, it seems like several of the crow attacks that have occurred so far this month have broken skin.

There seems to be a particularly aggressive crow or group of crows that hang out around East 10th Avenue and Guelph Street and has committed several vicious attacks.

“Crow swooped in at me twice as I was walking on the sidewalk. Clipped my head quite hard,” said one victim.

Another admitted that while they were jaywalking, a “crow hit me really really hard on the back of the head out of nowhere.”

Maybe that crow just wanted this particular jaywalker to follow the rules.

Crows have also been documented attacking other birds.

West of Arbutus Street and north of Broadway is one area where a lot of attacks are being reported as indicated by the CrowTrax heat map. Parts of downtown also seem to be experiencing many attacks. 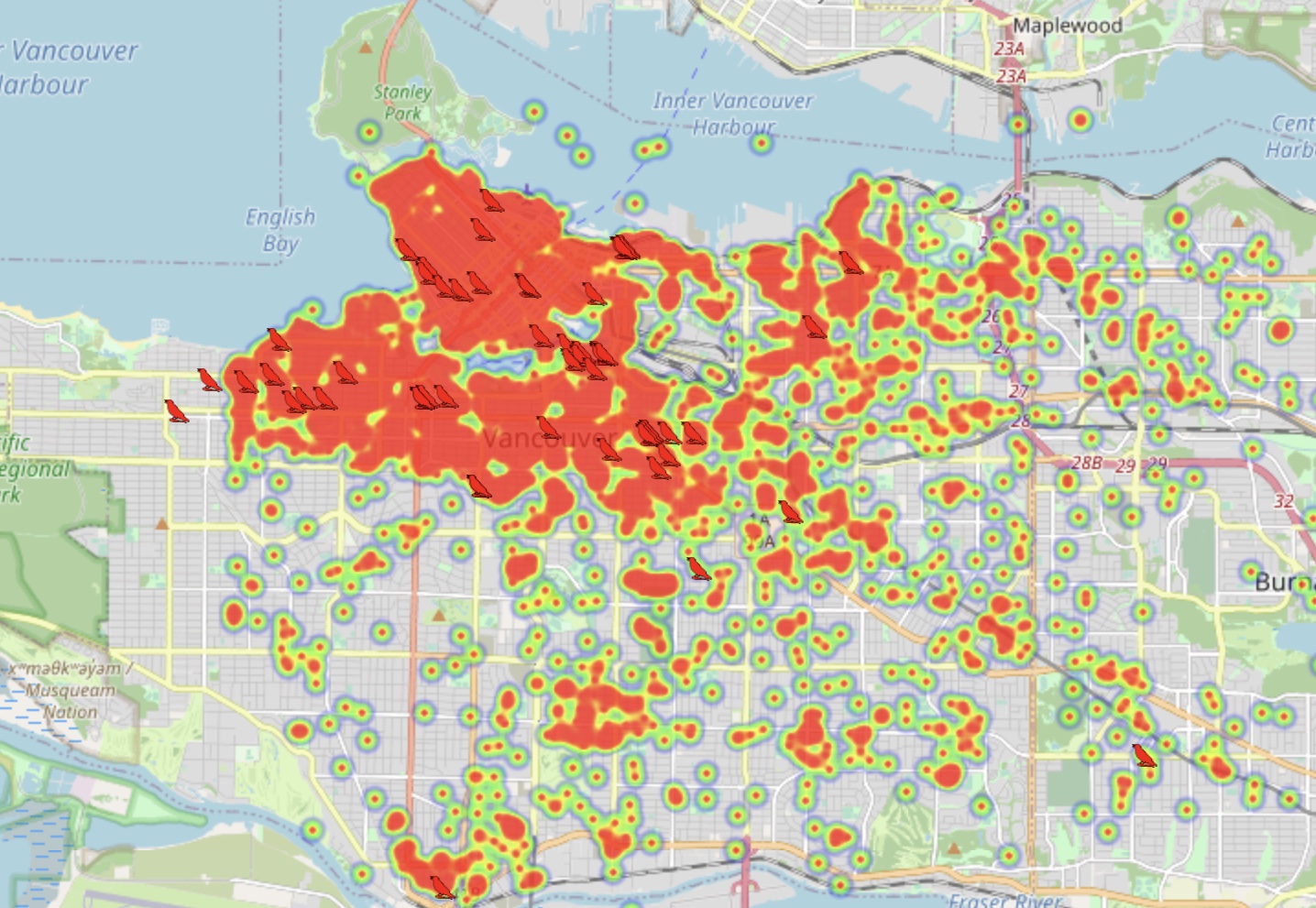 In terms of what you can do to protect yourself, the BC SPCA suggests maybe finding an alternate route temporarily. It also suggests posting friendly warning signs in problem areas.

For more direct protection, the SPCA suggests carrying an umbrella to put a visual barrier between yourself and the angry crows. It also wants you to call 1-855-622-7722 if you see a baby crow in a vulnerable state.

Humans aren’t the only ones who need to be on the lookout either.

Crow nesting season ends in July, so there’s a long way to go before these attacks will settle down.