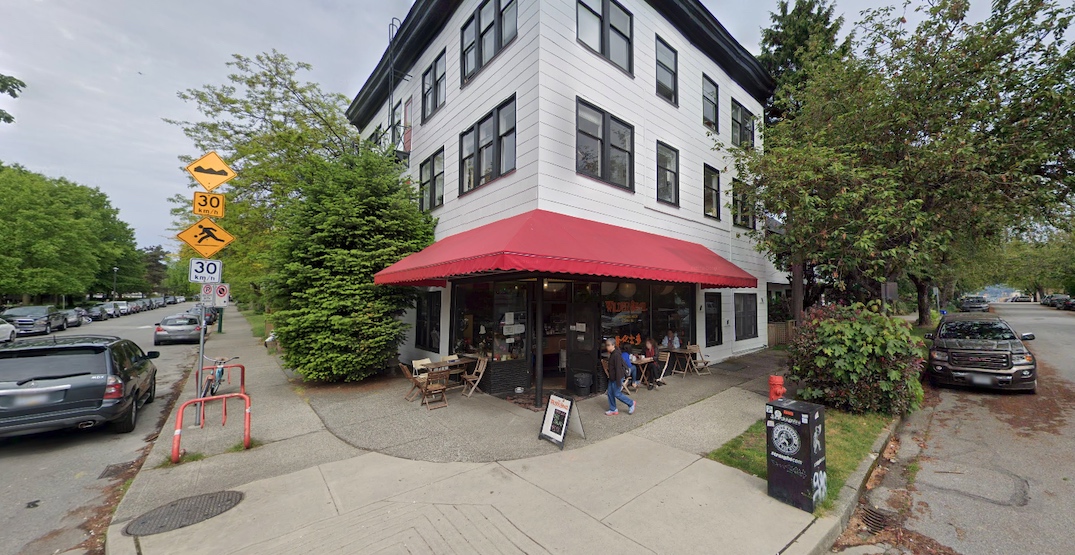 Corner grocery stores played an important role in Vancouver’s residential neighbourhoods decades ago, before the prominence of large chain-owned stores and the municipal government’s practice of discouraging new additional businesses.

Most of the corner stores that remain today are in ageing structures, such as Le Marche St. George in Riley Park-Little Mountain, the Federal Store on Quebec Street in Mount Pleasant, the Wilder Snail on Keefer Street in Strathcona, and West Side Market on West 16th Avenue in Point Grey.

These businesses are in structures built a century ago, with the youngest being the 1940-built Federal Store.

On Wednesday, Vancouver City Council approved a motion submitted by councillor Sarah Kirby-Yung that directs City staff to consider developing policies for allowing new small-scale commercial retail spaces in neighbourhoods over the short-term, and incorporating reimagined corner grocery stores as part of the Vancouver Plan over the longer term.

Under the realities made apparent by the health crisis, she says such businesses in neighbourhoods, within close proximity to residents, are missing from the fabric of the city. A revival of corner stores in the post-pandemic context would provide residents with easy, walkable access to fresh, healthy foods, and other retail and commercial options. 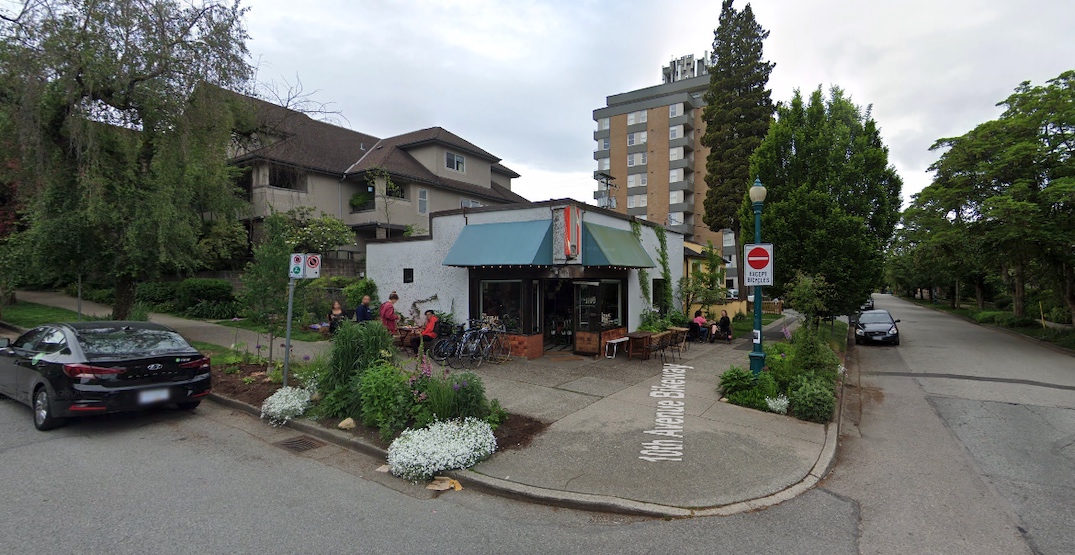 “There is a long history of independent corner grocery stores (including green grocers) hat were minority-owned and played a key role in supporting culturally appropriate food access for Vancouver’s diverse ethnic and cultural communities, and continue to do so today.”

In recent years, the popularity of community farmers’ markets has helped fill the gap left by the lack of corner stores, and they were declared an “essential food source” by the municipal government in April at the peak of the pandemic. During this period, at the height of COVID-19 restrictions, restaurants and cafes in cities around the world — including a handful in Vancouver — also diversified their business by selling groceries and produce, which addressed gaps in small-scale neighbourhood food access. 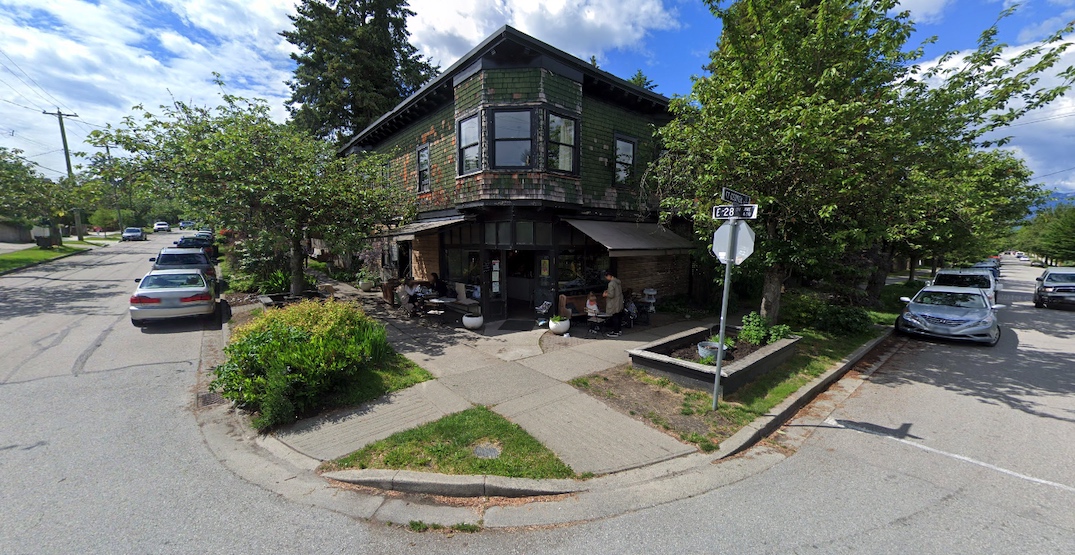 “The world that emerges from the COVID-19 pandemic with more people working from home than ever before, will inevitably result in a greater need for neighbourhood amenities and local food infrastructure of coffee shops, restaurants, services, and shopping including the need to access goods right in their own neighbourhood,” wrote Kirby-Yung.

“Local corner stores once filled this role in Vancouver neighbourhoods, providing a place where locals bought fresh milk, cheese, some staples, while also serving as a social gathering place for community.”

According to a 2019 joint study by the City of Vancouver and UBC, these stores emerged from a time when cities were less oriented around motor vehicles, with residents walking to a local corner store for their daily needs.

A number of these stores were constructed near local public schools, with the businesses feeding on the demand for candy and snacks from students. This is still the case today for West Side Market, which is strategically located half a block east from Lord Byng Secondary School. 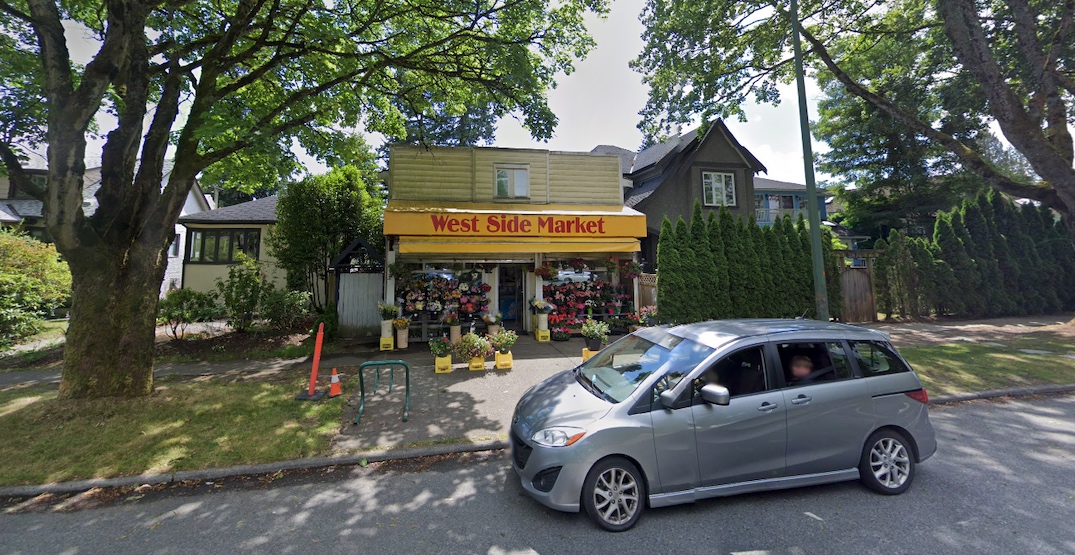 But the current affordability issues are a challenge for the survival of the remaining locations, with corner store spaces renovated to become cafes or restaurants in recent years.

“Those shops that survive today are valued for their charm and character and how they contribute to the neighbourhood identity of communities. They provide easy access to useful goods and services and support the creation of walkable, compact communities,” reads the study.

“This evolution highlights the ongoing social value of these stores and their use as gathering spaces. These spaces should continue to be maintained because they foster neighbourhood connections and strengthen community.” 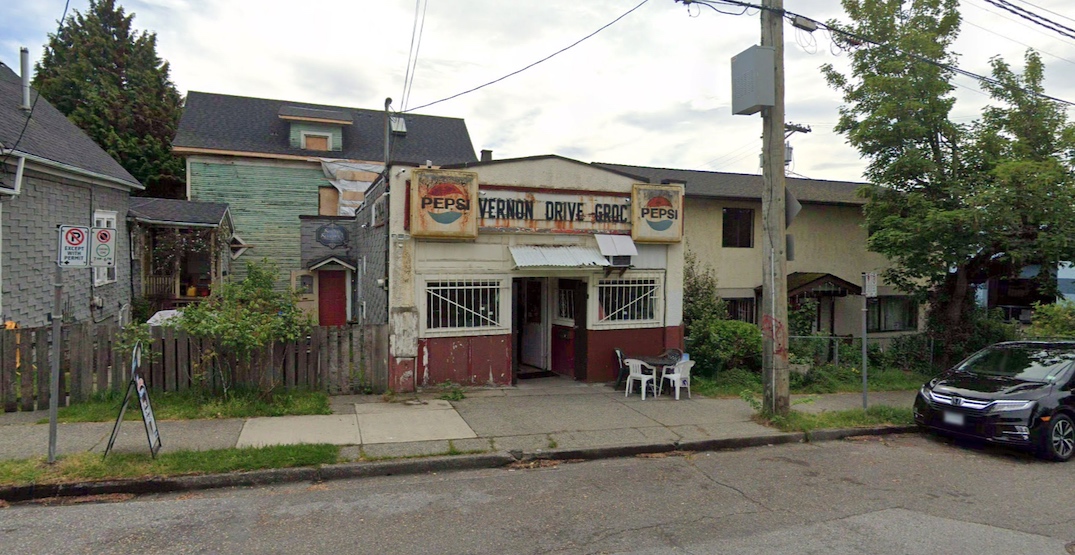 A century ago, those who owned and operated these stores were the city’s new immigrants, including Italian, Chinese, Irish, Japanese, Portuguese, Eastern European, and Scandinavian families. In many instances, these families lived on-site in an upstairs apartment or attached bungalow.

“Local shopkeepers often are deeply connected to their neighbours. They have been known to keep tabs on local families and even offer credit to loyal customers,” adds the study.

“Small-scale retail spaces serve as community anchors because they allow neighbours to meet and form connections.”

But new corner stores began their decline in 1930, when the municipal government, influenced by the Bartholomew Plan of segregating land uses, approved its first comprehensive zoning schedule that prohibited retail from non-commercial districts. 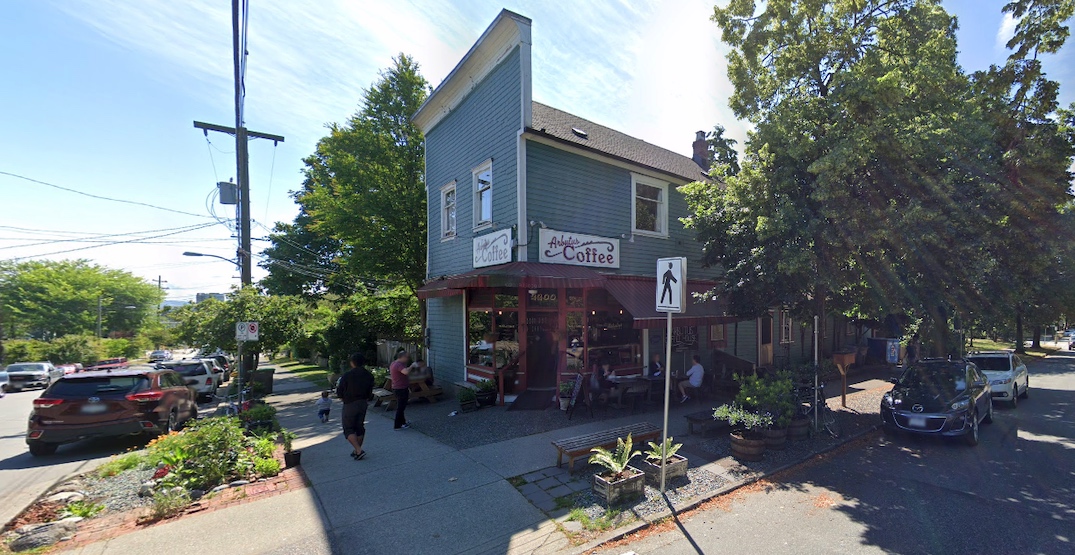 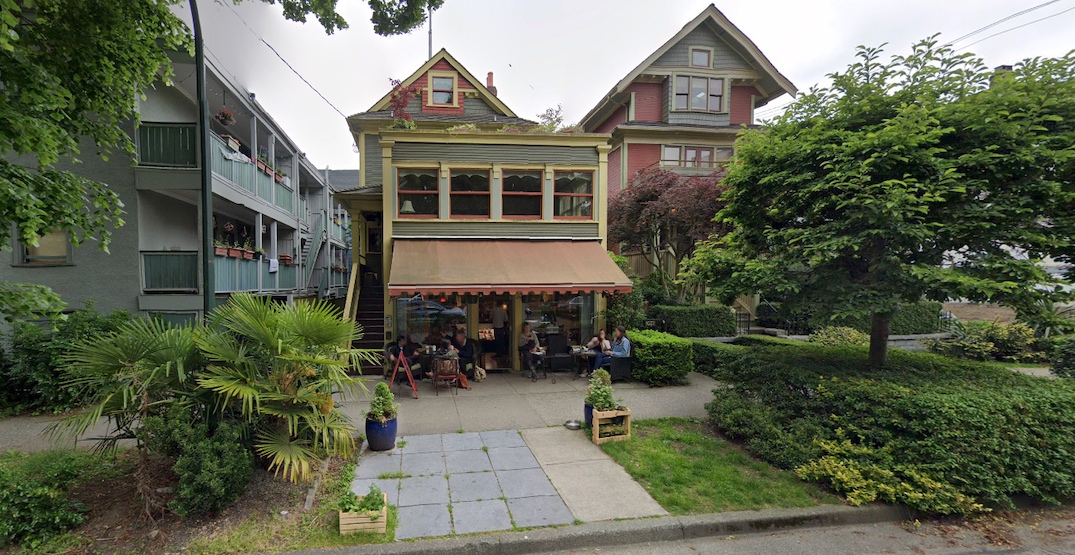 In 1953, a grandfather clause was adopted to protect existing “non-conforming retail,” and in 1983 the Neighbourhood Grocery Store classification was created.

In 2016, the classification was updated to permit the sale of prepared food, as long as the sale of groceries and convenience goods remain the primary purpose of the business.

The existing regulations for these businesses limit store frontage with the street to 50 feet, a maximum floor area of 1,184 sq. ft. for all retail and storage, and up to 16 indoor and outdoor seats. 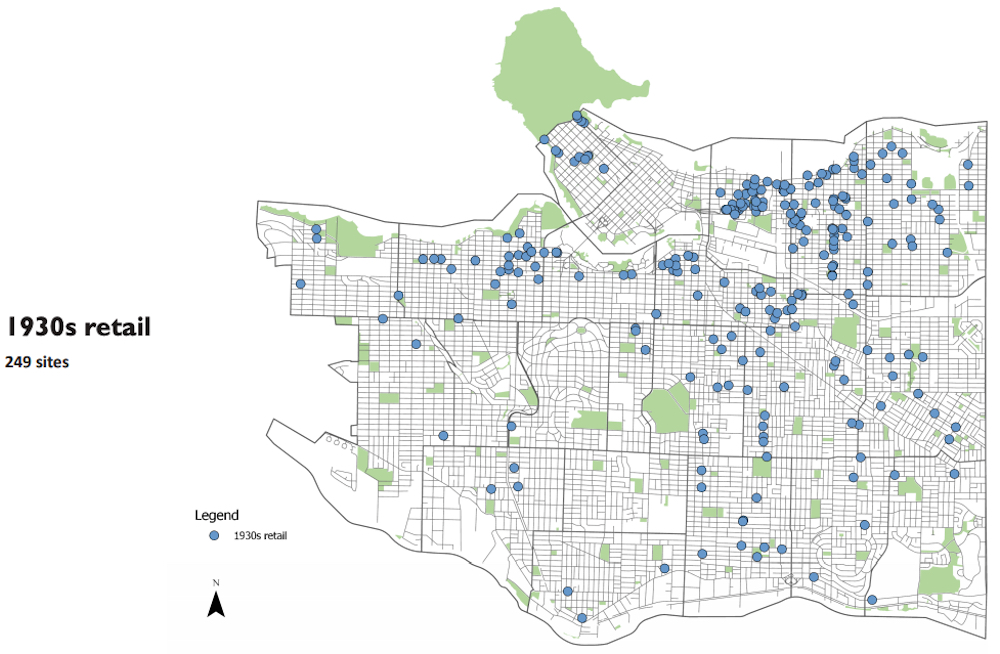 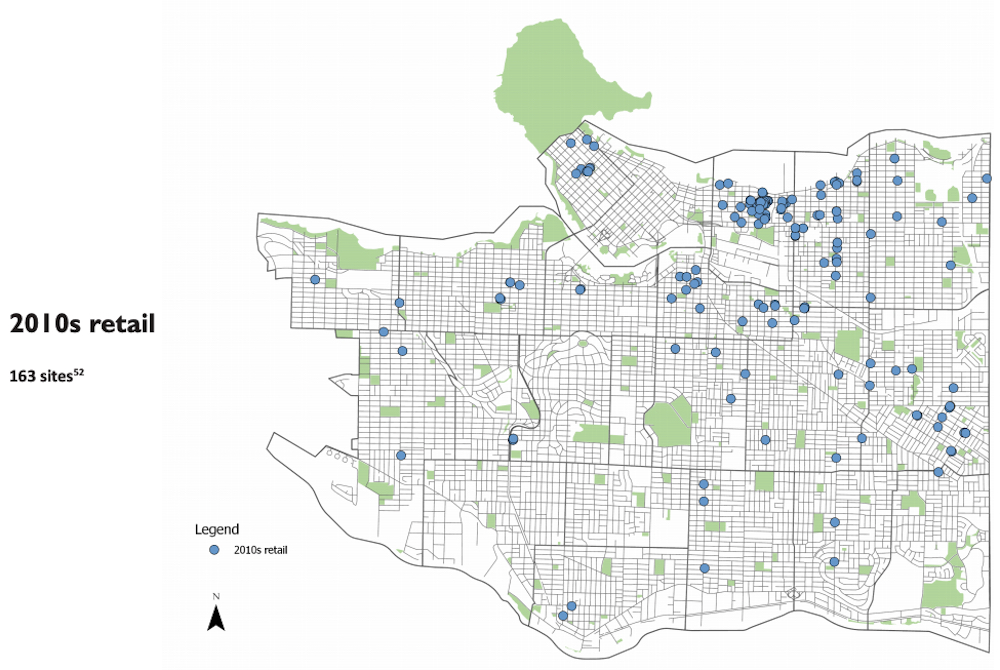