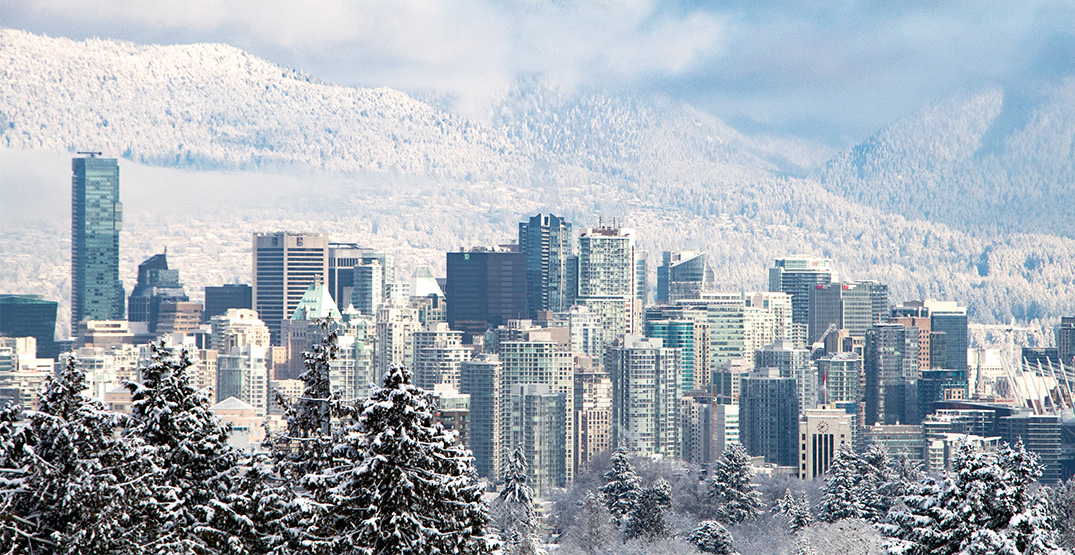 BC is typically known for its mild winters, but December gifted the west coast a record-breaking plunge in temperatures.

Vancouver experienced a daily low of -15.3°C on December 27. According to The Weather Network, this is the coldest temperature the city has recorded in 52 years. 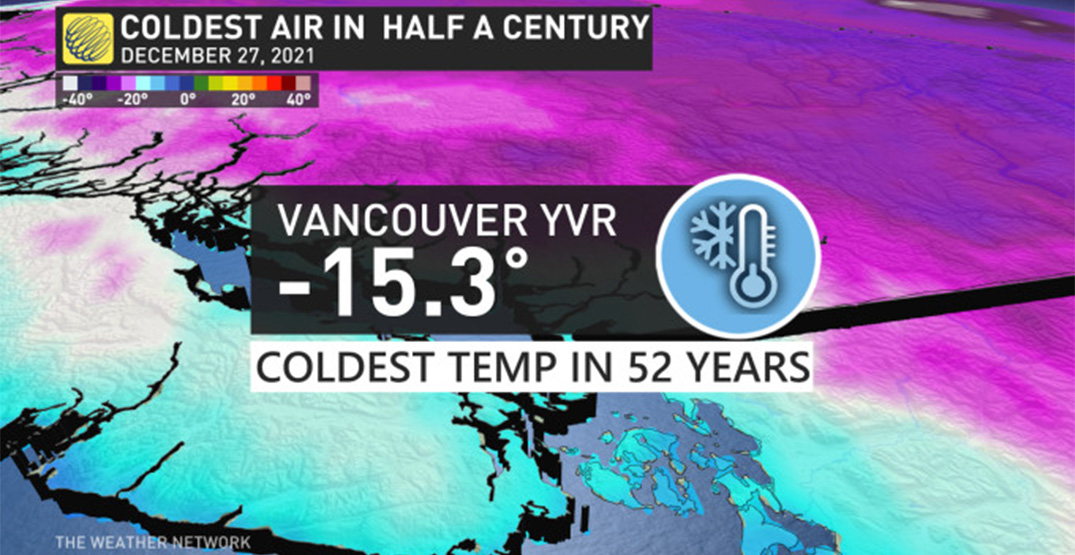 The Weather Network says this is a big departure from seasonal norms, “which normally languish around the freezing mark when it comes to daytime lows.”

Along with the biting Canadian winter usually felt in the east came major snowfall that made for a white Christmas.

The rest of southern BC also saw below-seasonal temperatures on Boxing Day, with some regions seeing their coldest daily temperatures since the 1930s. 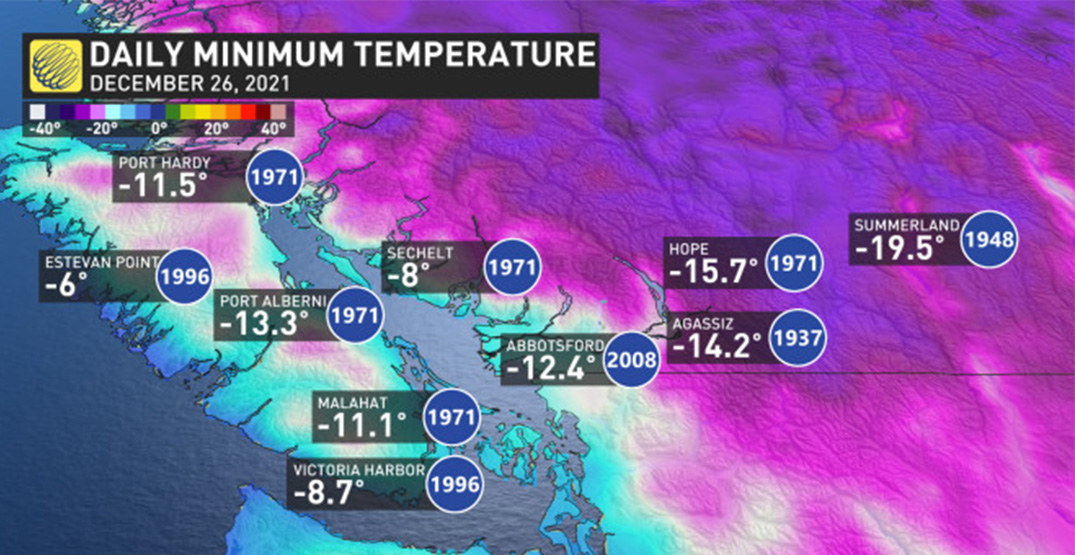 It’s part of a temperature anomaly that covered Western Canada beneath an area of high pressure, explained The Weather Network. Arctic flow funnels cold air down into southern BC, which is then prevented from escaping.

The Weather Network forecasts that parts of BC will continue to experience extreme cold at the beginning of 2022.