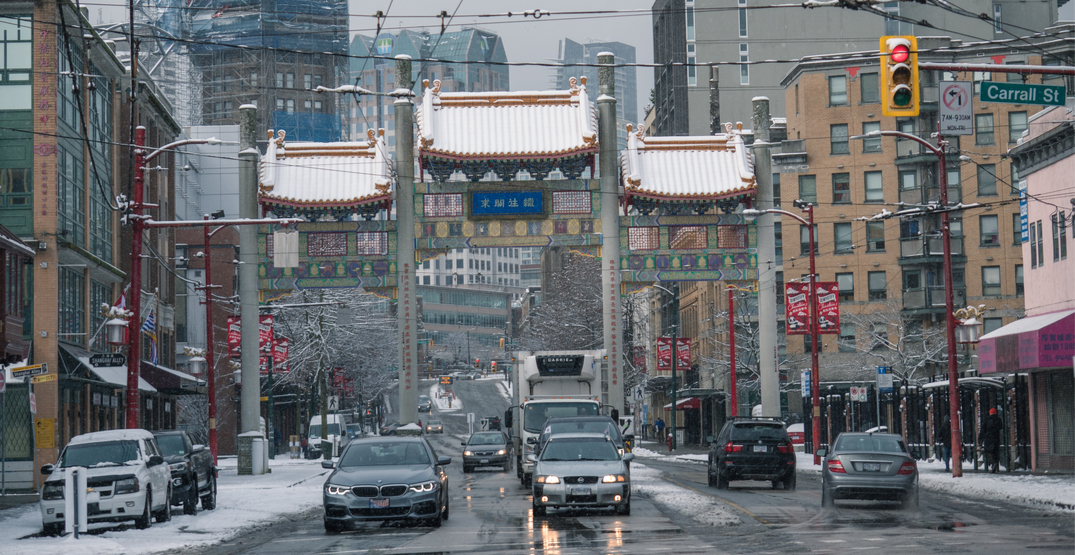 The new year is off to a wintry start in Metro Vancouver as dual weather warnings for snow and wind are in effect for the city on Sunday, January 2.

According to Environment Canada weather warnings posted in the early morning hours, a snowfall warning was in effect for the following regions:

Environment Canada says that a weather system has reached the south coast and it’s brought with it a mix of snow and rain.

Snowfall accumulations will range from five to 15 cm, with areas of higher terrain getting the most snow.

The snow will then turn to rain in lower elevations of Metro Vancouver as warm air from the Pacific moves in. So, it could be snowing in one part of Metro Vancouver and raining in another. Higher terrain areas could get additional snowfall, accumulating quickly as heavy precipitation comes in.

Stay safe on the roads and sidewalks as a mix of melting snow, rain, and ice can make it tricky to navigate.

Simultaneously, a wind warning is in effect for other corners of Metro Vancouver:

This extended period of strong southeast winds of 70 km/h with gusts of up to 90 km/h is expected during the day on Sunday and will start to ease overnight.

Strong winds can whip around loose objects and cause tree branches to break. Plus, there’s the additional hazard of rapidly melting snow caused by rain and rising temperatures.

Stay safe and remember to dress and drive for the weather conditions.