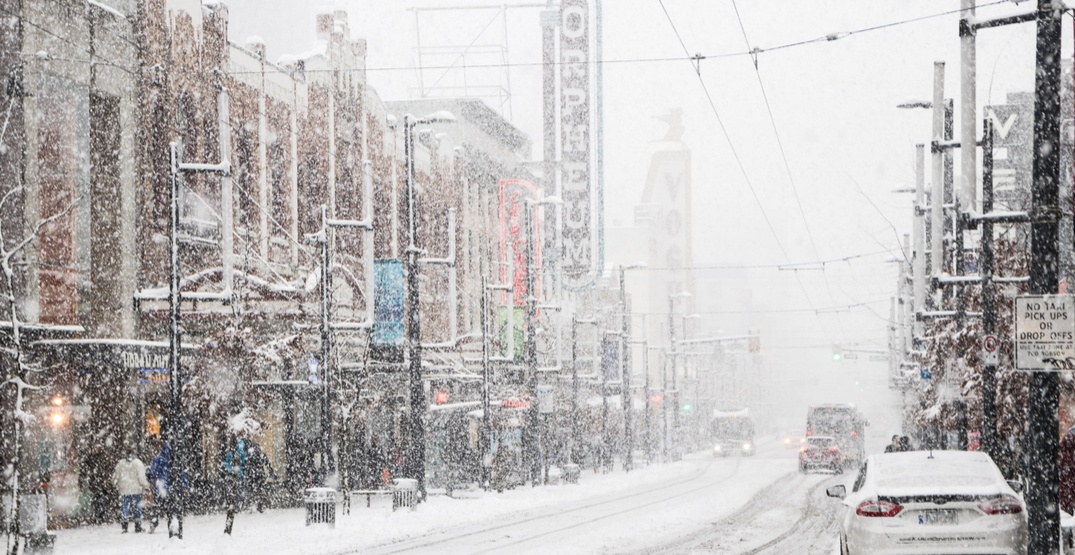 To call the past month a cold February is no stretch of the imagination.

Over the past 28 days, the city saw lengthy cold snaps, a ridiculous amount of snow, and plenty of days below freezing.

In fact, according to Environment Canada, it was the coldest February on record.

That includes historical weather data dating back to 1937.

Usually, the average temperature in February is 4.9°C. This past month, the average was several degrees lower, at just 0.4°C.

“To put that into perspective, February usually has seven days with highs above 10 degrees,” he explains. “This month, we didn’t have any days with double-digit highs.”

The snow, for lack of a better pun, was snow joke either. Since most of the month was spent in a cold snap, the majority of precipitation that Vancouver saw throughout February was in the form of snowfall.

Historically, the monthly average is 6.3 cm of snow.

That’s far from record-breaking, however, as Vancouver’s all-time record dates back to 1949 when the city saw over 60 cm of snow.

So with a remarkably cold month under our belts, what’s in store for March?

“The colder than normal conditions are going to push until March 11 or 12,” says MacDonald. “Fortunately, we’re looking at a dry pattern over the next week, so you can expect a mix of bright but brisk conditions.”