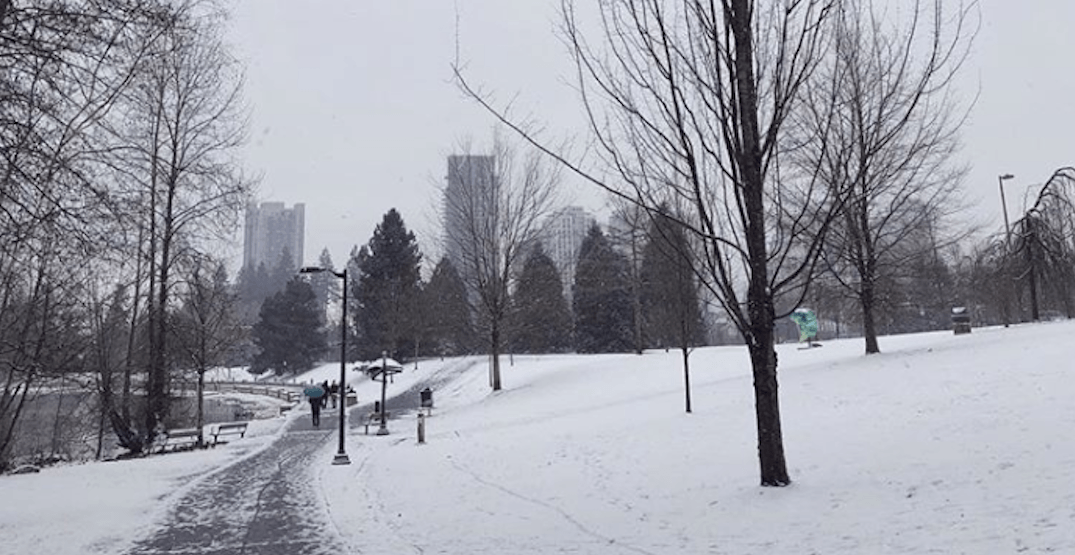 After what has felt more like early spring than the middle of winter these past few weeks, it looks like us Vancouverites will at least get a taste of what the majority of the country typically endures this time of year.

After the city saw some snowfall over the weekend following a cold-weather warning issued late last week, the relatively sunny skies today are set to give way to unusually chilly temperatures for the region.

On its website, Environment Canada says that temperatures into tonight and early-morning hours tomorrow will hover around the – 6°C to –7°C mark. However, with the wind chill factored in, it will actually “feel” more like –13°C at the coldest point.

The rest of the week is expected to remain colder as well, with the potential for more snow flurries in the forecast on Thursday and Friday.

The statement warns of flurries and blustery outflow winds, caused by an Arctic front pushing towards the coast of British Columbia.

The second half of next week will also see southern Ontario and southern Quebec “become the battle zone between arctic air that will attempt to press back into the region vs. the very mild weather that will continue to surge north,” according to a report from The Weather Network.

Then, as things progress towards mid-February, “arctic air will start to spread back into the Great Lakes region and Southern Quebec, and milder weather will return to BC.”

In the meantime, don’t forget to bundle up!