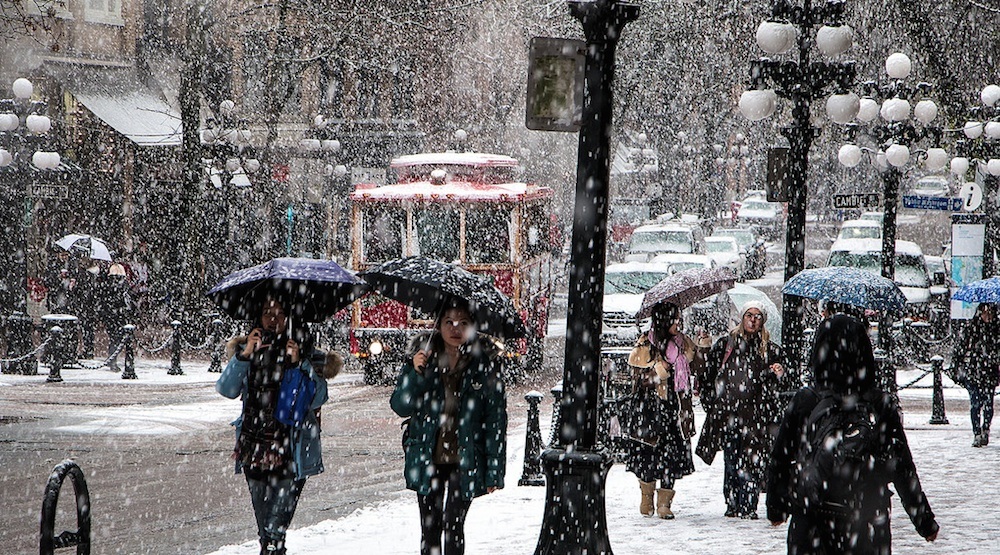 Metro Vancouver is in for a week of unusually cold weather, according to Environment Canada.

The agency has issued a special weather statement in effect for the following areas:

The statement warns of flurries and blustery outflow winds, caused by an Arctic front pushing towards the coast of British Columbia.

The Arctic front is also interacting with a low-pressure system over Vancouver Island, causing for “bands of snow.”

Environment Canada explains that in the latter case, snowfall warnings will be used to notify the public.

Temperatures of the south coast will continue to fall and cold air will persist into the latter half of the week.

Expect temperatures to be 5 to 10 degrees below seasonal, making for the coldest conditions seen this winter.