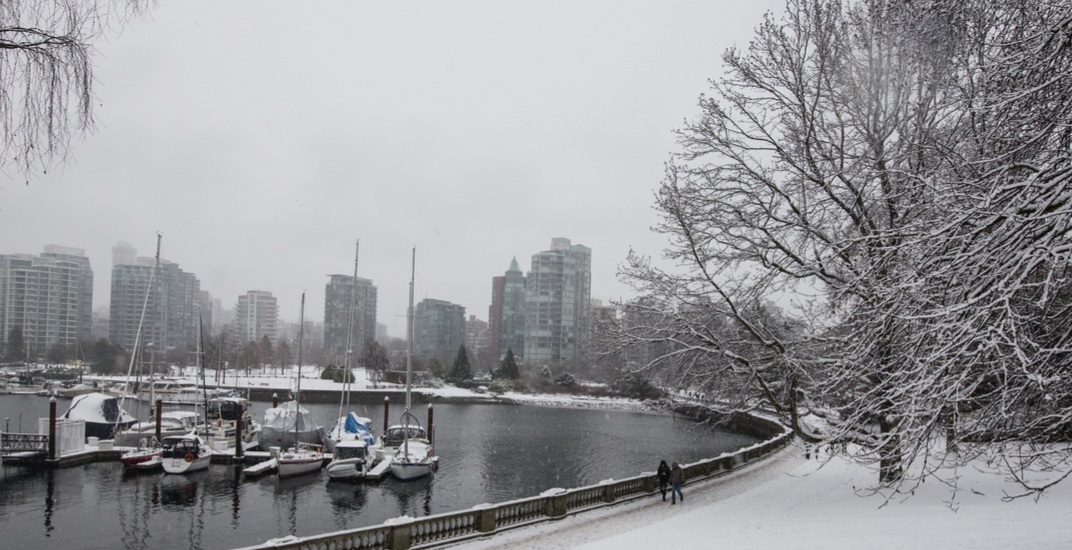 Among the various winter activities enjoyed by residents here on the West Coast, gloating to our eastern neighbours about how good we have it weather-wise is right up there.

But every so often, we have to pay for our sins.

Case in point: After what can only be described as a particularly mild January here in Vancouver while the majority of Canada battled a deep freeze, it seems Old Man Winter is finally planning to pay us a visit next week.

And according to the Weather Network, he’s bringing a full bag of tricks with him.

On its website, the weather agency says that as places like Ontario and Quebec enjoy a reprieve from the Arctic-like conditions they’ve recently been battling, those of us living here in the Lower Mainland should take cold-weather precautions.

“While the frigid pattern relaxes for Ontario and Quebec, the frigid weather will shift to western Canada with by far the coldest weather of the season for BC and Alberta,”
the report says. “This will even include the threat for snow along the south coast of BC.”

Yes, you read that right: There is an actual threat of snow in the forecast. So much so, that even TransLink is pulling out all the stops in preparation.

And sure, weather forecasts have been wrong before, and yes, they will be wrong again, but when it comes to winter weather advisories in this region, this report contains some of the more serious weather language we’ve seen this season.

Not that it’s expected to last long though.

According to the report, “this reversal in the temperature pattern is expected to be temporary.”

The second half of next week will also see southern Ontario and southern Quebec “become the battle zone between arctic air that will attempt to press back into the region vs. the very mild weather that will continue to surge north,” the report says.

Then, as things progress towards mid-February, “arctic air will start to spread back into the Great Lakes region and Southern Quebec, and milder weather will return to BC.”

So bundle up and hold tight: It will arrive, it will be here, but it will also leave.

And we’ll be back to bragging about winter flowers in no time.