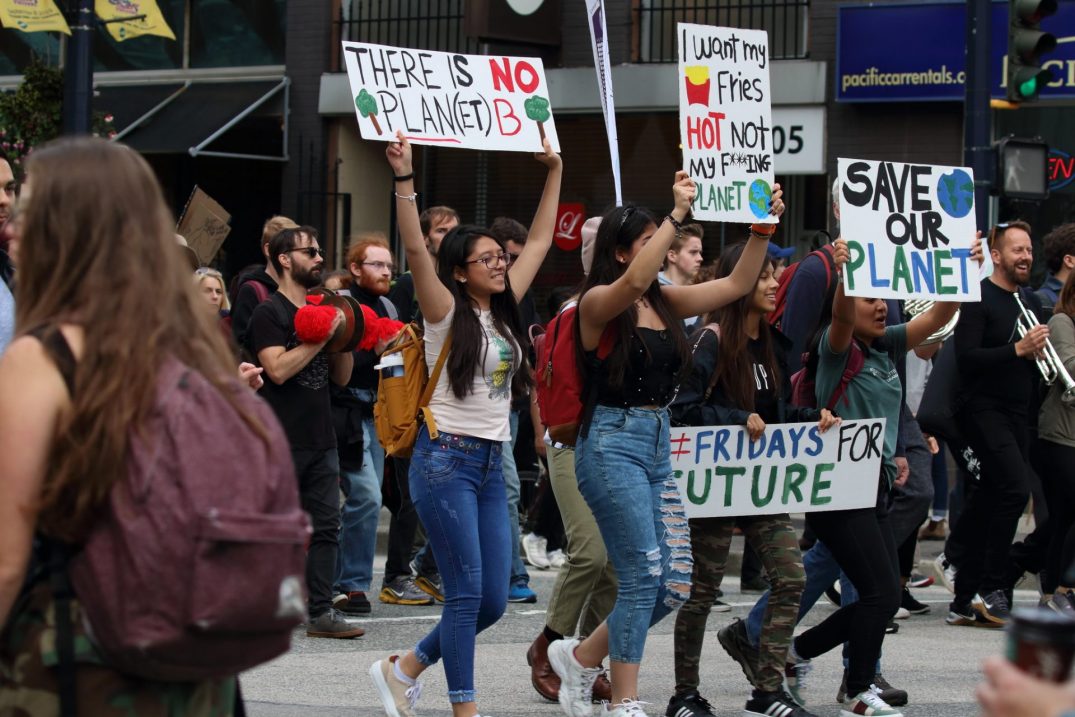 On Monday, September 20, Sustainabiliteens, a Metro Vancouver youth climate activism group, announced that they will strike this Friday.

After election day in Canada, there will be a newly elected government, and they intend to demand climate action from them.

“High school students and allies are rallying to call on people in power to act on the climate emergency immediately,” says the release.

The rally will take place by Canada Place on Friday, September 24 in downtown Vancouver from 11 am to 2 pm.

Describing the event as a public and COVID-19 safe climate rally, there will be speeches, chants, and all manner of signs and banners.

“The protest is calling for immediate government action on stopping fossil fuel expansion, implementing the 94 calls to action from the Truth and Reconciliation report, and investing ambitiously in a just, green transition.”

There will also be a smaller, family-friendly version of the rally which will take place simultaneously at City Hall.

The rally is in solidarity with Fridays For Future, an international climate movement sparked by Greta Thunberg, and there will be climate strikes happening all over the globe this week.

“Since the climate strike in 2019, which brought over 100 ,000 people to the streets of Vancouver, only a small amount of true progress has been made in Canada and around the world,” said Sustainabiliteens.

This will be their first event in a post-COVID-19 world and they hope to demonstrate that “climate justice remains a top priority of youth and citizens across the country.”