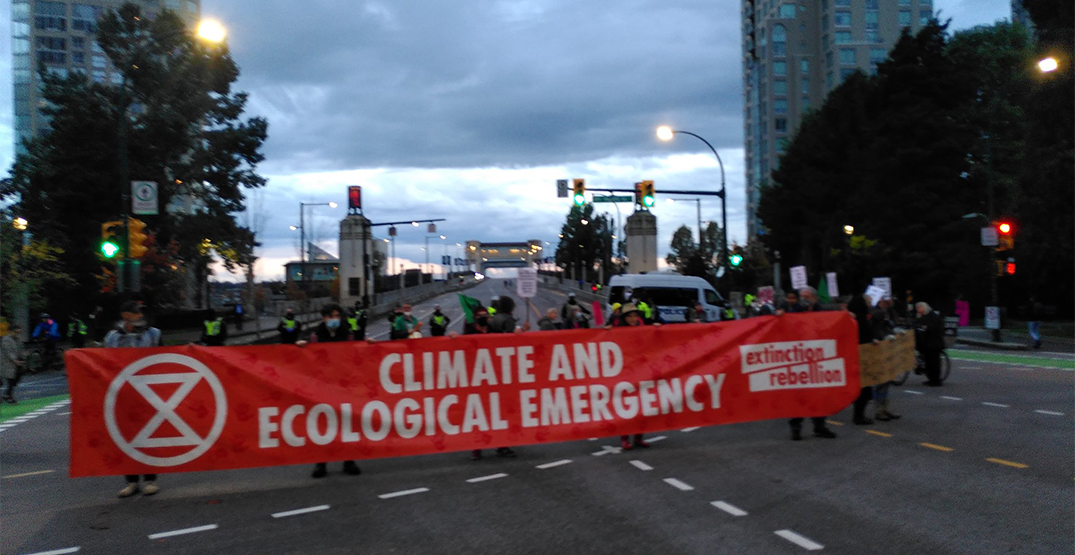 The Burrard Bridge was closed in both directions Wednesday evening for a climate protest, making the after-work commute difficult for drivers trying to exit the city’s downtown core.

Vancouver Police Department officers set up blockades on streets leading up to the Burrard Bridge, forcing drivers to turn around. Sgt. Steve Addison said one man and one woman were arrested over the course of the demonstration for blocking the intersection of Burrard and Pacific streets.

The protest was organized by Extinction Rebellion, a climate justice group advocating for action on environmental issues.

“Burrard Bridge is shut down. End all fossil fuel subsidies now and forever,” the group tweeted along with a photo of members holding up a banner.

They gathered at Nelson Park before walking to the bridge.

Extinction Rebellion has staged several demonstrations this week that have snarled traffic in downtown Vancouver.

The bridge reopened around 7:30 pm Wednesday.