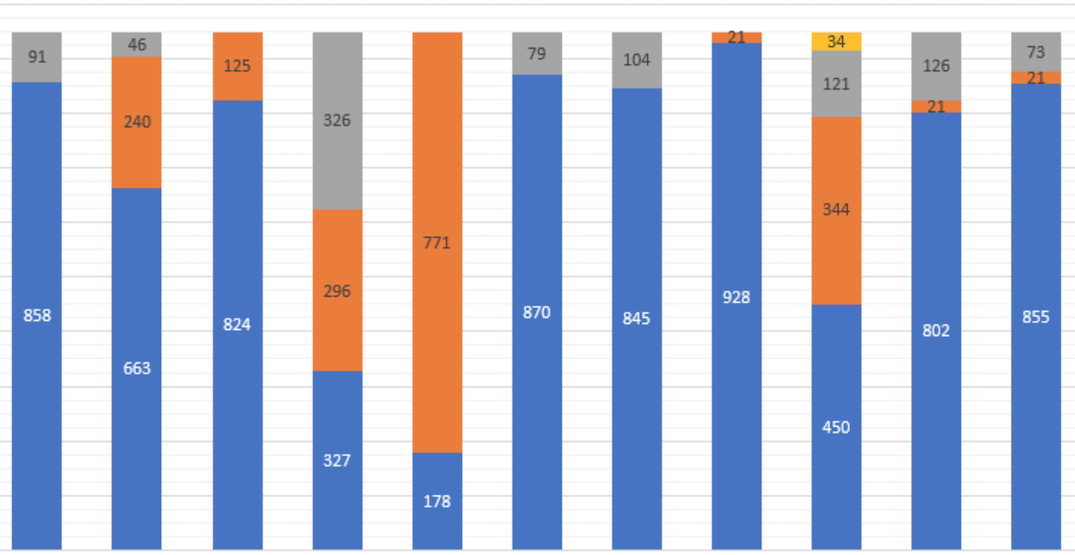 A total of 15 of these projects creating 928 rental homes combined were approved by city council; one project — 21 units of secured market townhouse rentals at 4575 Granville Street in Shaughnessy — was rejected.

So where does city council stand on market rental housing?

Over the course of the year, Twitter user nm_nvan has been closely tracking the varying market rental housing voting records of all councillors and the mayor.

Mayor Kennedy Stewart, alongside councillors Melissa De Genova and Michael Wiebe, have the best voting records, with all three elected officials approving 15 proposals. Although Wiebe, who was present for all decisions, voted against the small Shaughnessy project, his votes of approval amounted to his support for over 900 units combined — the greatest of any member on council.

As can be expected, the voting records of the remaining four councillors contrasted greatly, showing an ideological divide within council, with Adriane Carr’s votes against four projects translating to her disapproval of 240 units.

Councillor Colleen Hardwick voted against four projects equivalent to 296 units, although it should also be noted that she was absent for six votes that decided 326 units combined. Hardwick was involved in car collision in September 2019 that resulted in a concussion.

Councillor Pete Fry rejected seven projects throughout the year, equivalent to a total of 344 homes combined.

Finishing dead last by a wide margin in supporting market rentals was councillor Jean Swanson, who voted against 14 projects creating 771 units combined. This is a disapproval rate of 88%.

Interestingly, not a single vote in opposition was made for any of the townhome projects considered by city council so far.