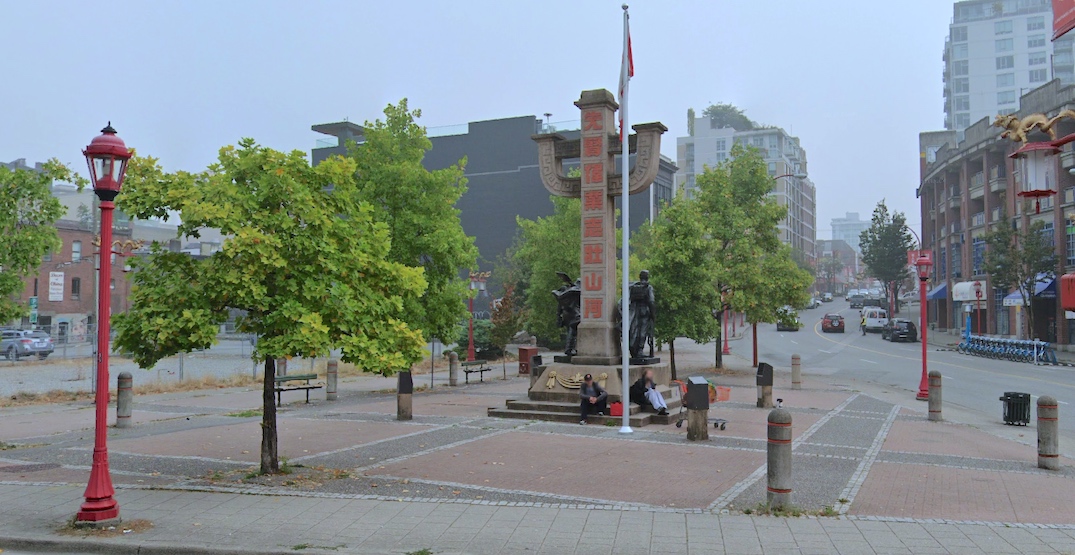 No replacement design has been established at this time, but an online survey by the municipal government seeks feedback for identifying key themes and issues with the existing memorial.

Since it was built in 1995, the existing memorial has been an important location for Remembrance Day ceremonies, and it has been deemed an important part of “Chinatown’s living heritage.”

A new design would improve the plaza as an accessible public space while also enhancing its representation of culture and history.

A redesign of the memorial was first noted as a recommendation in a 2018 report to Vancouver City Council on historical discrimination against Chinese people.

Feedback from the consultation will be eventually lead to a preferred concept design for the plaza by 2023. The finalized design also requires the city council’s approval. 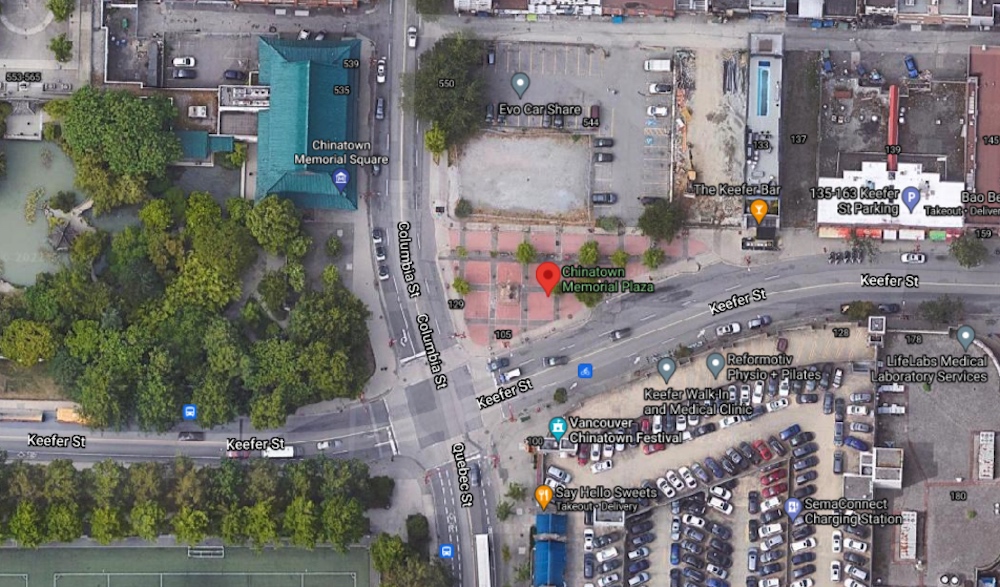 The memorial plaza is immediately adjacent to the controversial 105 Keefer Street redevelopment site, which remains as an empty surface parking lot.

In late 2017, the city’s development permit board made the rare decision in rejecting an application. The downsized proposal called for over 100 condominiums, ground-level retail and restaurant space, and a subsidized seniors’ cultural space; a previous version of the design, necessitating a rezoning, called for a taller building with the inclusion of 25 units for low-to-moderate-income seniors.

In August 2019, the developer sent the matter over 105 Keefer Street to the BC Supreme Court. The case to overturn the city’s decision is still being reviewed.

The plaza project is part of the broader efforts to revitalize Chinatown, including the long-term goal of designating the district as a UNESCO World Heritage Site, which is an ongoing process in partnership between the community and the provincial and municipal governments.

As another component, the provincial government is also supporting the future development of a Chinese Canadian museum in Chinatown. In 2020, $10 million in provincial funding was announced towards the project, with $2 million to planning and development and $8 million as an endowment.