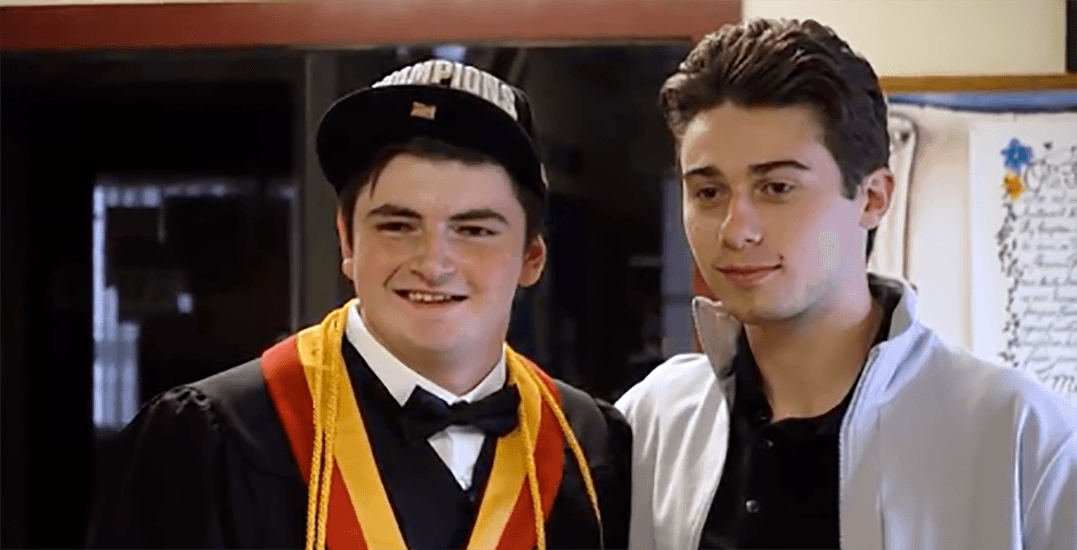 One lucky Canucks fan got the surprise of a lifetime during his high school graduation.

Jonathan Myskiw who has lived his life with autism and an anxiety disorder, became the first-ever secondary school graduate of Fawkes Academy. The school provides individual educational programs for children and adolescents with autism spectrum disorder and other developmental disabilities.

During the week of his high school graduation, which took place around the same time as the 2019 NHL Draft, Vancouver Canucks’ Quinn Hughes decided to surprise him and visit during the ceremony.

“I got a message from Jonathan saying he was gonna be the first person to graduate from his school and that he was the biggest Canuck fan,” says Hughes in a video posted to the Canucks’ Instagram account. “I could tell how much it meant to him. For me, I think it’s important to do nice things and be a nice person; I felt this was a good opportunity to try and do that.”

“He’s around my age and I thought we could get along,” says Myskiw. “He’s an awesome guy. It’s surreal.”

It’s been a long road to graduation as well. Sara Shababi-Shad, a Behaviour Analyst at Fawkes Academy, notes how hard Myskiw’s worked to overcome all the different challenges since his diagnoses.

“I was very shy, I was afraid to talk to people,” says Myskiw. “I was bullied in elementary school.”

“I’ve always admired people that are really good people, good with kids, good inside the community,” says Hughes. “That’s how you make a real impact.”