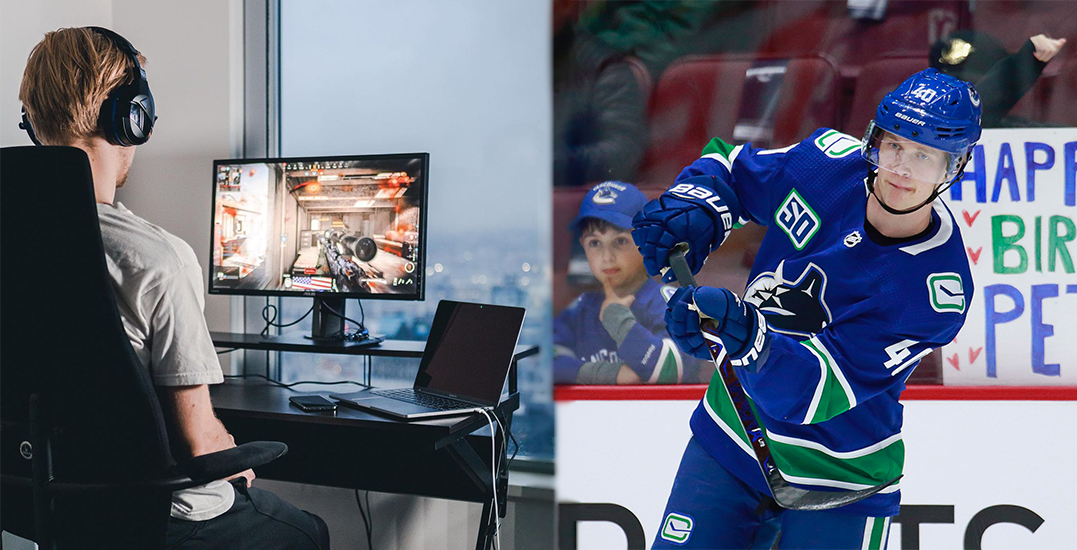 Is there anything that Elias Pettersson can’t do?

From fighting the On The Bench boys to being featured in high fashion photoshoots, the Canucks superstar continues to prove that his talents aren’t limited to scoring goals.

For his next act, Pettersson will take on the world of eSports and gaming with his first-ever Twitch stream.

The 21-year-old announced on social media that he’d be playing on Thursday at 4 pm PST with fellow Canucks forward Adam Gaudette. He’s no stranger to video games, as he revealed that he owned multiple consoles and actually wanted to start streaming during an episode of the Spittin’ Chiclets podcast.

Gaudette is no rookie as far as Twitch streams go, either, and has been streaming gameplay of Call of Duty and the latest NHL titles for more than eight months.

Pettersson and Gaudette are just a few of many Canucks players that are into video games. They’ve also gamed together in the past, meaning that viewers can expect some off-ice chemistry.

According to Petey’s Twitch channel, any donations made during his stream will also go towards the Canucks for Kids Fund.