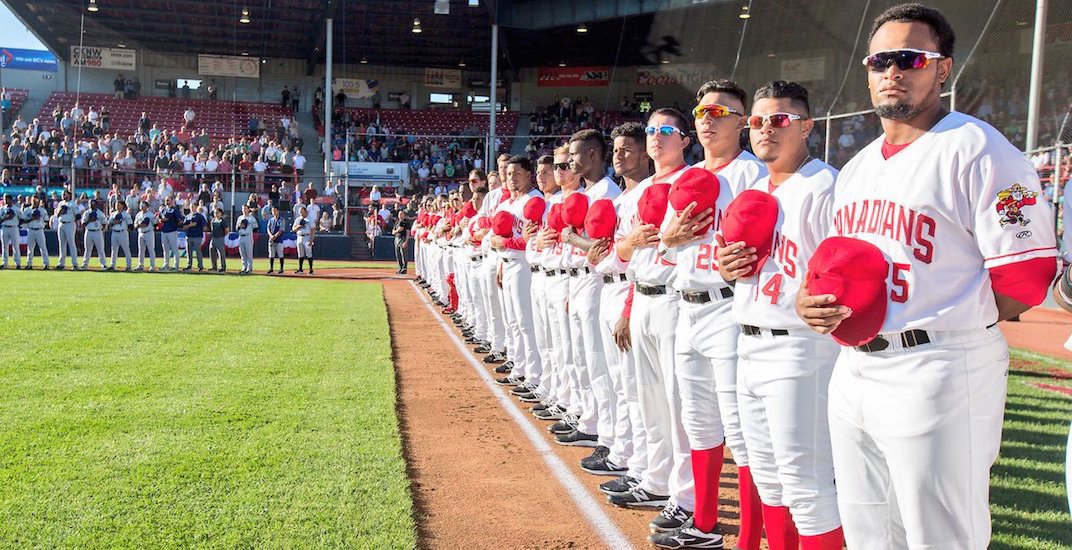 A potential minor league swap could keep the Vancouver Canadians affiliated with the Toronto Blue Jays.

Minor League Baseball is going through a major restructuring, with MLB wanting to reduce the number of affiliated teams. Part of that restructuring is expected to include the abolishment of Class A Short Season leagues like the one the Canadians have played in for the last 20 years.

The Canadians have been adamant that they will find a new league to play in, which makes sense given they’re one of the most successful franchises in all of Minor League Baseball. In 2019, the Canadians averaged a Northwest League-high 6,210 fans per game, which is more than seven of 16 teams in the PCL, the Triple-A league Vancouver used to play in.

Triple-A baseball won’t be returning to Vancouver next season, but a higher level of baseball was expected to be played at Nat Bailey Stadium. But whether the Canadians would remain affiliated with the Blue Jays, which has been a match made in heaven since 2011, was another story.

In October, Susan Slusser from the San Francisco Chronicle reported that the Oakland Athletics were expected to move their Single-A team to Vancouver from Beloit, Wisconsin. That would end the relationship between the Jays and the C’s.

This week, Slusser provided another update, saying that things have changed.

Sounds as if potential border/covid restrictions might have contributed to Lansing vs. Vancouver for both A’s and Toronto with this being the likely outcome: https://t.co/1PCopYpljA

And Vancouver appears to be staying a Toronto affiliate.

The Athletics are now expected to be affiliated with the Lansing Lugnuts, who have been the Blue Jays’ Class-A affiliate in nearby Michigan since 2005. That move would open up a spot for Vancouver to remain a Blue Jays farm team.

Canadians president Andy Dunn declined to comment on the evolving situation, telling Daily Hive that he would wait until the “process is finalized with MLB.”