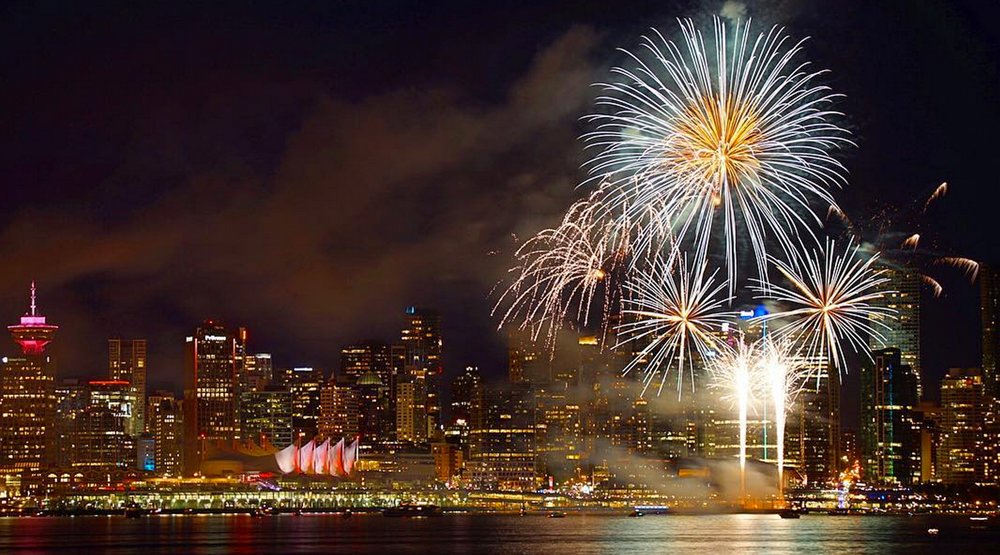 Fireworks will be returning to Burrard Inlet this Canada Day to celebrate the country’s 150th birthday.

As per tradition, there will be a two-barge fireworks show in the inlet, with one barge located in Coal Harbour in downtown Vancouver and a second barge off the shores of Dundarave in West Vancouver.

The twin shows will be synchronized to a soundtrack of the best Canadian rock hits played on Rock 101 FM.

Viewing locations for the downtown Vancouver fireworks include:

Surrey will also be hosting its own festivities and fireworks at the Bill Reid Millennium Amphitheatre.

As well, several East Coast fireworks displays will be even bigger with Ottawa’s show at Parliament Hill set to be the largest fireworks display in Canadian history. Toronto will be lighting up the CN Tower with fireworks, and its City Hall at Nathan Phillips Square will host fireworks shows over four nights.

Where: Coal Harbour in downtown Vancouver and Ambleside/Dundarave in West Vancouver