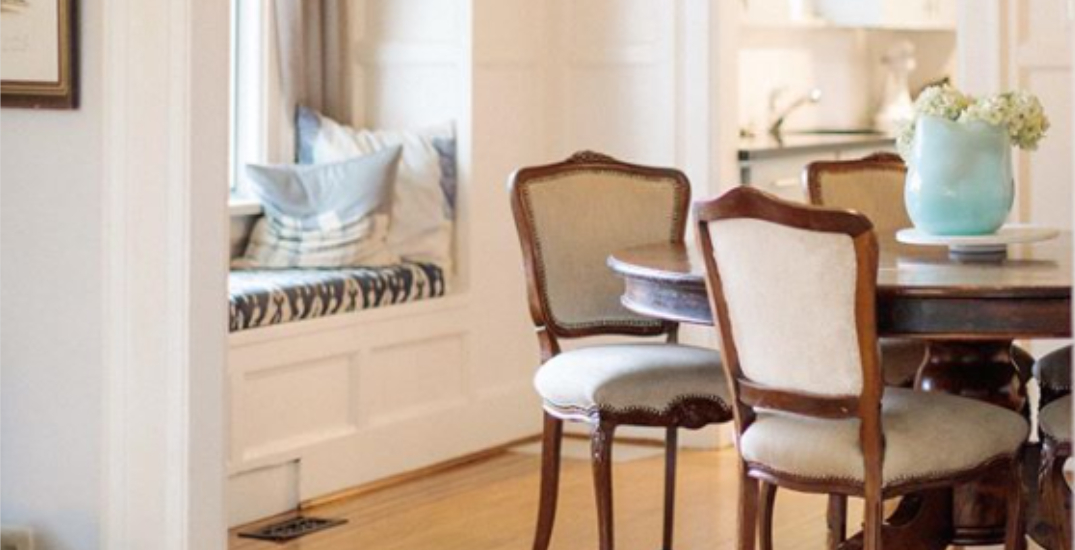 A Vancouver woman is giving away her home in Cambie Village for free, as long as the new owner pays to move it off her lot.

In what she calls “the ultimate recycling venture,” Katie Dunsworth Reiach is attempting to give her heritage home a new home itself.

She bought the house about 10 years ago, but her family has since outgrown the five-bedroom, one-bathroom home.

Based on several factors, including the age of the house and Vancouver’s building codes, the cost to renovate the 1920s Arts and Crafts-style home rivalled that of building a brand new house, she said.

Rather than simply tearing down the house or moving, Dunsworth Reiach is hoping someone will give her beloved home a second life.

“We couldn’t just tear down the house, we love it too much,” she said. “I love the idea of the house having a second life somewhere.”

Having gone to high school with someone from the Nickel Bros — a local structural moving company — she knew physically moving the house was a possibility.

She still needs to get a few permits before the move, but finding a new homeowner is mostly in the hands of Nickel Bros, she says. While no deal has gone through yet, someone has put a deposit down, they tell her.

As for Dunsworth Reiach’s lot, she plans to build a new home on the property once her heritage home is safely on its new foundation.

“I definitely don’t like the idea of the house just going into a landfill. It’s well-built. It’s functional,” Dunsworth Reiach said. “We’ll try to preserve that heritage and that character in the new house. Just with more bathrooms.”