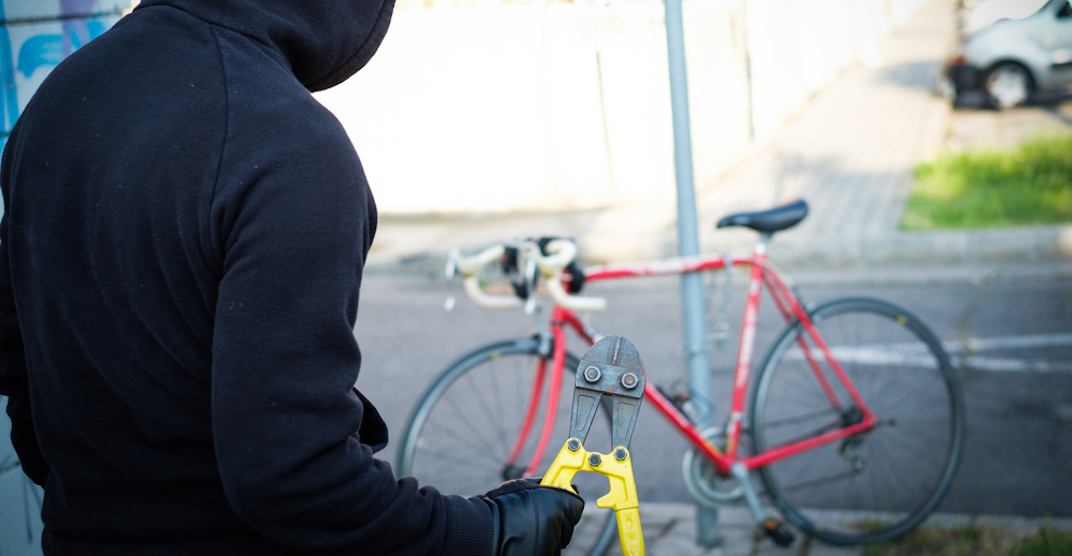 Although there has been a decline in the number of reported bike thefts in recent years, such incidents remain a huge problem in Vancouver.

According to Square One Insurance Services’ collection of city police department data, provided to Daily Hive, the number of reported bike thefts in Vancouver reached just under 2,000 incidents in 2013, before seeing two consecutive years of surges — reaching nearly 2,500 in 2014 and over 3,000 in 2015. 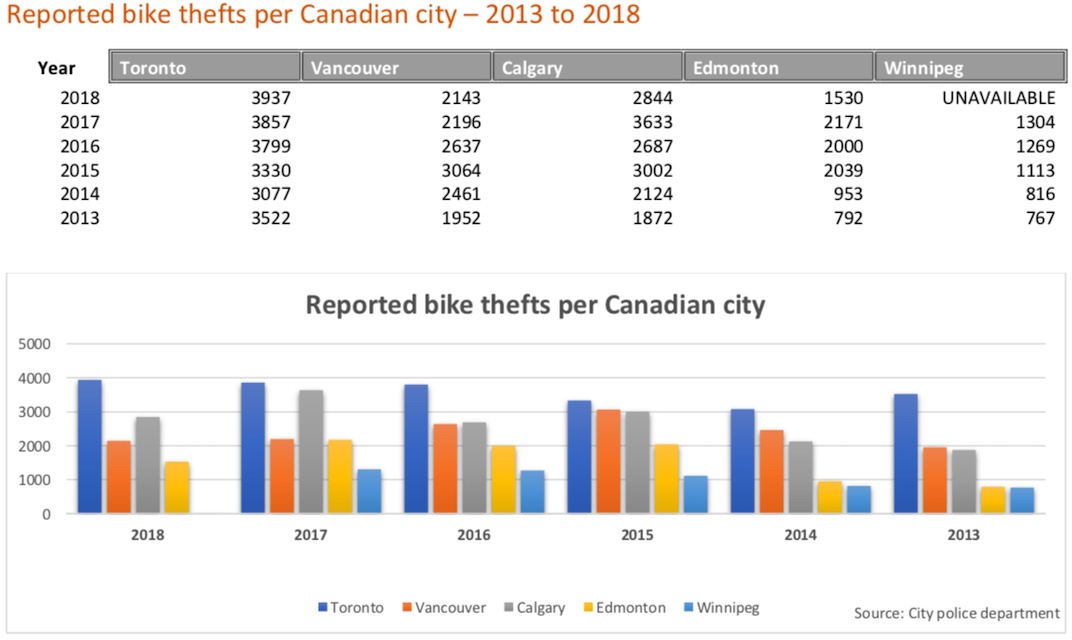 One of the VPD’s largest tools was its adoption of Project 529, which allows the public to register their bike into a North American online database, making it easier for police to identify and recover stolen bikes. The VPD says the 30% drop in bike thefts since 2015 is correlated with the use of Project 529 by both the public and police.

“As the first city to adopt Project 529, we’re extremely proud to be part of a global team of law enforcement and cyclists who are taking steps to reduce bike theft,” said Const. Rob Brunt, the VPD’s Project 529 liaison officer. “The program has shown huge success in Vancouver and it’s rewarding to see it spreading across North America.”

With all that said, crime-related insurance claims for bikes in Vancouver has seen consecutive year-over-year increases between 2016 and 2018, and the average bike theft claim cost for the period between 2014 and 2018 is $2,669.

Furthermore, Vancouver has the most bikes stolen per capita amongst major Canadian cities — and by a very wide margin. In 2018, there were 339 reported bike thefts per 100,000 residents in Vancouver in 2018, compared to 144 thefts in Toronto, 230 in Calgary, and 164 in Edmonton.

Moreover, according to Project 529, of the hundreds of thousands of bikes recovered by police every year, less than 1% are registered and fewer than 5% are returned to their rightful owners.

And to further highlight the problem of bike thefts, it is estimated only 20% of stolen bikes are reported to police, more than 50% of stolen bikes used a cable lock instead of the more secure U-lock, and fewer than 20% of bike owners know the serial number on their bike.

@VancouverPD Apparently bike chop shop is roving around Vancouver. Has moved fromGeorgia St viaduct to here…please take care of our bikes! Tired of this lawlessness. pic.twitter.com/NnompXE7VA