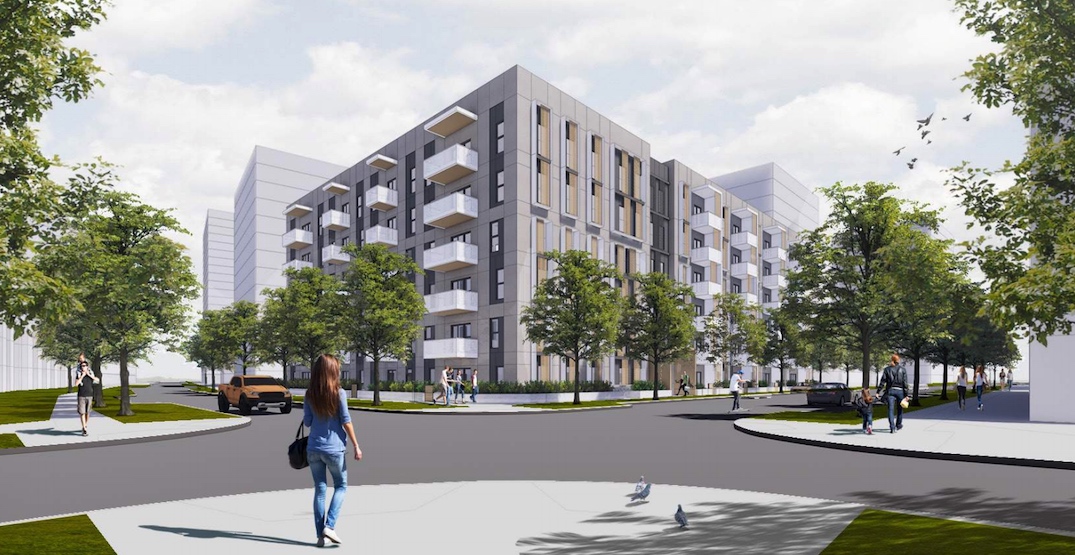 A winning formula exists to build an abundant volume of below-market rental housing in Vancouver’s difficult housing market conditions, based on a new report by the Canadian Centre for Policy Alternatives (CCPA).

“Break-even” rents could be as low as $1,273 monthly for a one-bedroom unit, $1,641 for a two-bedroom unit, and $2,009 for a three-bedroom unit within a secured rental building using wood-frame construction on free or low-cost land.

Conversely, privately developed rental units for profit see rents that are 43% to 49% higher — between $600 and $1,300 per month. Developers expect to see a profit of 15% over the combined land and construction costs, while a non-profit could afford to see its profit reduced to 5% to cover administration fees.

Furthermore, the study suggests non-profits can access favourable construction financing from Canada Mortgage and Housing Corporation (CMHC), with repayment over 50 years instead of the 35-year term for private development.

Complete relaxations to vehicle parking requirements would shave off some of the construction costs, given that underground parking stall costs range from $42,000 to $63,000 per space.

Development cost levies and community amenity contributions for the municipal government and the federal GST on construction expenditures would also be waived.

The municipal government also has a major role to play by accelerating permitting processes to help catalyze non-market housing.

All levels of government would have to support the provision of the land required to achieve the lowest rents possible, with possible scenarios including land already owned by a non-profit society or government, land acquired through new SkyTrain projects, land currently zoned for low density but that could be rezoned for higher density, and the acquisition of new land from higher taxation.

To a degree, all of this is increasingly being practiced in Vancouver, but there is currently a lack of economies of scale for non-market housing providers. 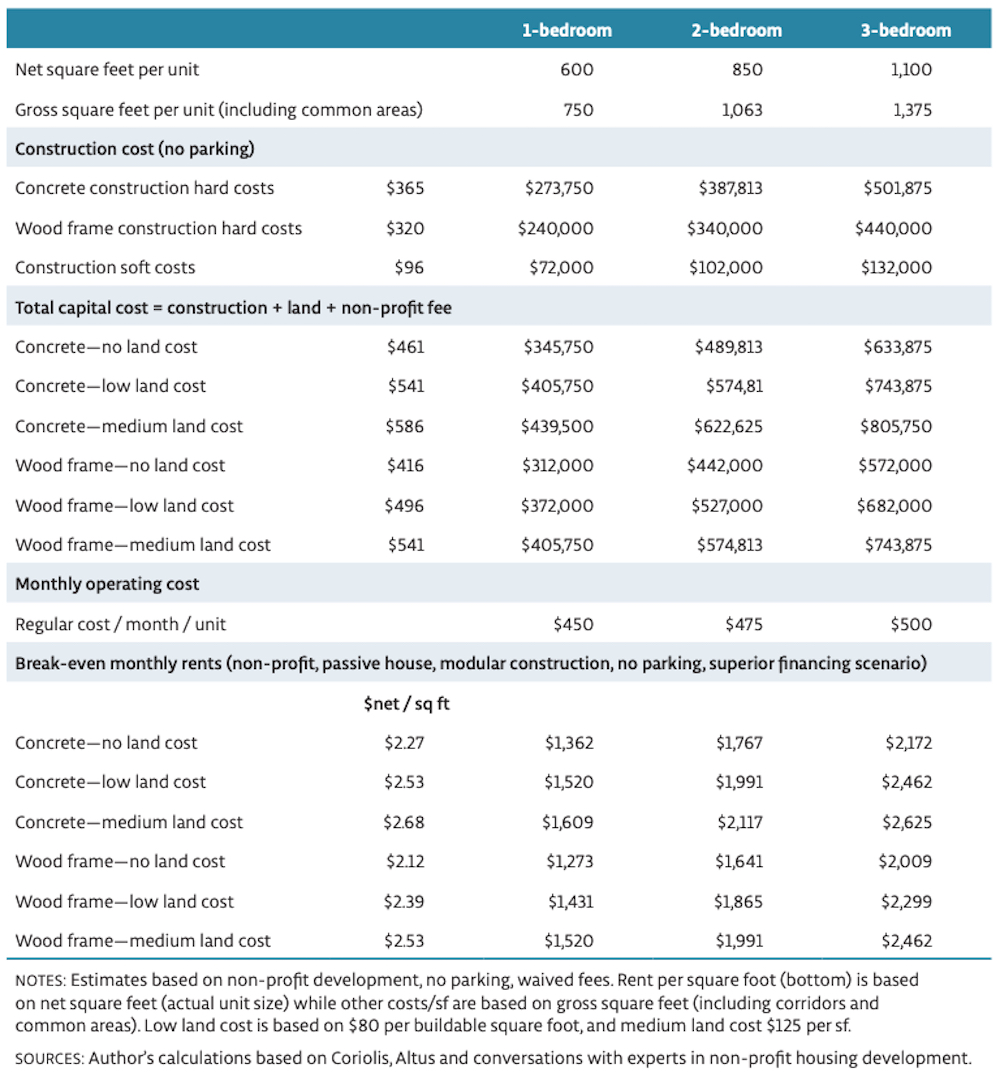 Break-even rents for new non-market apartments in Vancouver. Click on the image for an enlarged version. (Canadian Centre for Policy Alternatives)

“The break-even rents calculated are indicative of current practices and costs in Vancouver. Over the medium-term, rents could be further driven down if we conceive of a big bang build-out, which could achieve economies of scale to lower costs,” reads the report.

“Imagine a stable, dedicated workforce that builds this housing over a generation, with long-term relationships that promote job security and options allowing workers to access new units in exchange for more stable wage rates. Costs could also be lowered through the use of standardized templates or blueprints for replicating buildings on different sites.”

The report asserts that a surge in non-profit housing is required as it is unfeasible for for-profit developers to provide a higher level of affordability for many renter households with lower average incomes.

As well, non-secured rentals made available by condominium owners have been the main source of increased rental housing over the past few decades. About 30% of the condominiums in Metro Vancouver are rented out, often as investment properties, but tenants are more vulnerable to evictions, and the rates are typically on the high end of the market.

For housing to be deemed affordable, it must not exceed 30% of the household’s pre-tax income, based on CMHC’s definition. According to the City of Vancouver, 35% of renter households in the city (about 52,000 households) are spending between 30% and 99% of their income on housing costs.

A previous report by the CCPA suggested there is a need for a public housing program that generates 10,000 units of non-market rental housing in Metro Vancouver annually.