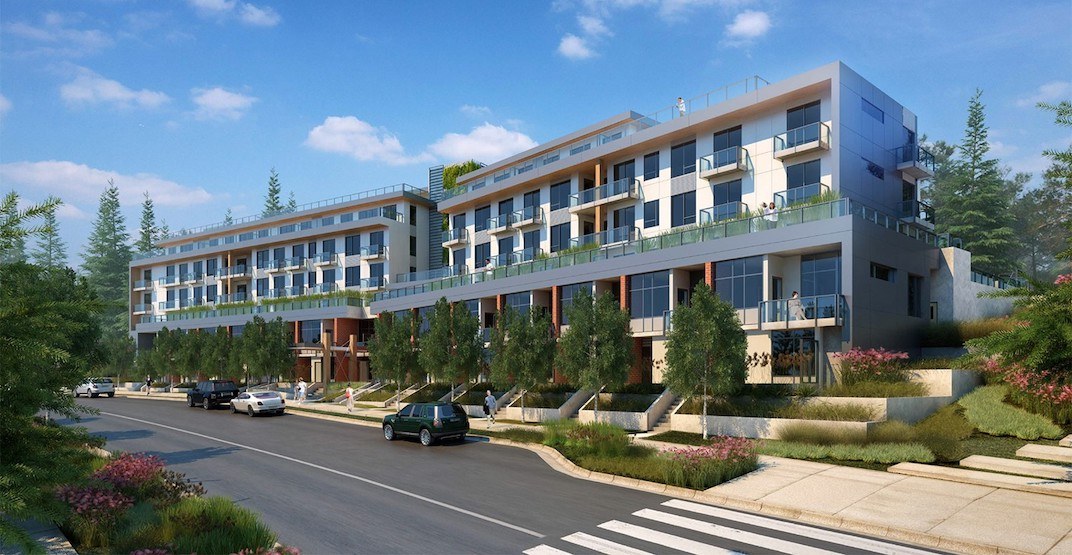 Artistic rendering of Pierview Homes at 3245 Pierview Crescent, Vancouver. It is a 140-unit co-operative development on city-owned land in the River District of southeast Vancouver. (Community Land Trust)

There is a need for a public housing program that generates 10,000 units of non-market rental housing in Metro Vancouver annually, according to a new report by a think tank.

The Canadian Centre for Policy Alternatives says such an ambitious housing strategy led by the provincial and federal governments could take inspiration from the public housing programs of cities like Singapore and Vienna, where half of the housing is by the state.

This would address the growing demand for affordable rental housing from low- to middle-income households.

Based on population growth forecasts through 2041, total rental housing stock in the region would need to increase by a total of nearly 113,000 units — roughly 5,000 units annually — to meet the demand relative to the heightened population. But the actual figure needs to be higher, given the catchup required from the lack of rental housing construction over the past 20 years.

With the rate of growth, it is also anticipated up to 34,700 units of affordable rental housing will be needed over the coming decade, which is just one third of the expected supply increase of 10,950 units.

Currently, the waiting list for social housing in Metro Vancouver is about 10,000 applicants. 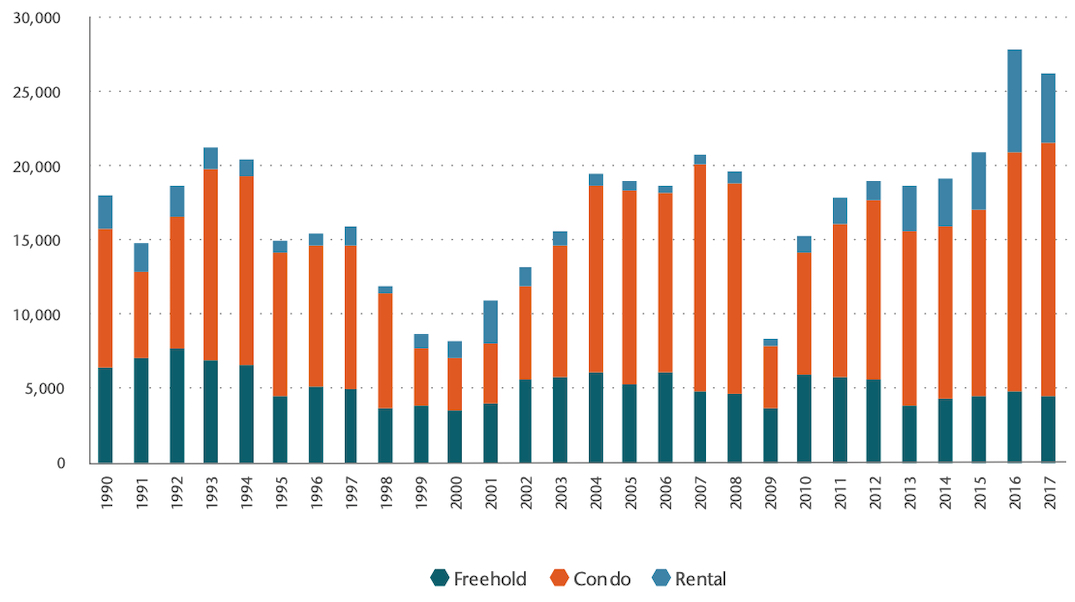 The report acknowledges privately-built secured market rental housing has achieved some success in increasing rental supply, especially in the City of Vancouver where recent incentives to developers have swayed them towards rentals and away from condominiums.

While the think tank is not opposed to private sector rentals, it argues that market rental housing alone — as the main tool — is not enough, and developers cannot be expected to build the necessary below-market rate rentals at a financial loss.

“There’s a strong case to be made for a more overtly public planning model, including public land assembly, project financing and rental housing development, to cut out the middleman and achieve some economies of scale for the large build-out we need,” reads the report.

But the cost of building 10,000 units of public rental housing every year is significant — at least about $2.5 billion annually.

This cost figure is based on low-rise and mid-rise buildings using woodframe construction, which costs up to 40% less than concrete structures, and an average unit size of 800 sq. ft. accounting for a range of housing size options. It also assumes land will be contributed by governments or non-profit organizations, and development cost levies and community amenity contributions will be exempted by municipal governments.

The provincial and federal governments would likely have to take leadership on such a strategy, with the upfront construction cost recouped through rental income over the lifespan of the buildings. The report states there is some precedent for this kind of investment in public rental housing, most evident between the 1950s and 1970s when federal incentives supported a rental housing boom.