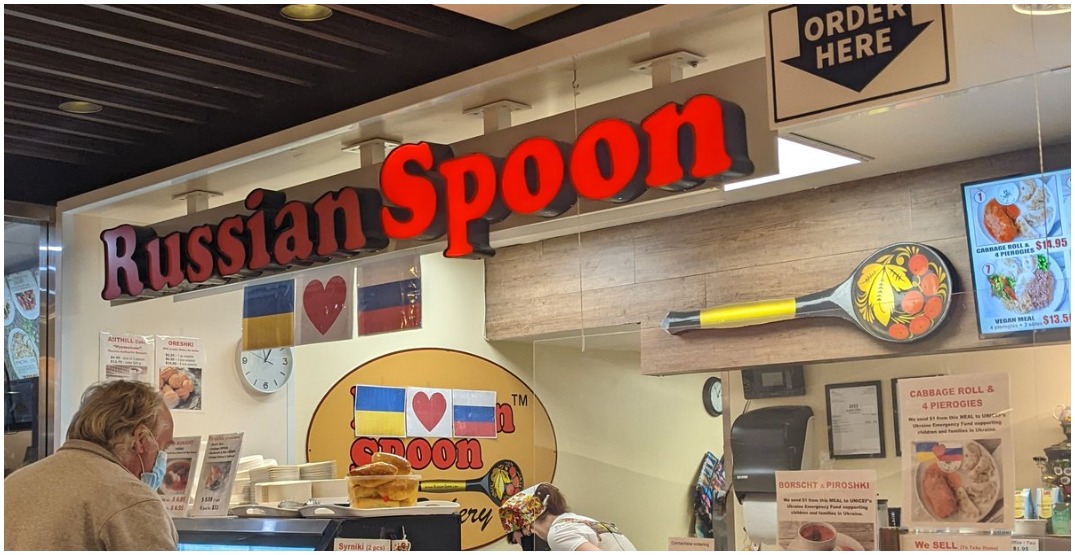 A Russian bakery in Vancouver has had enough with backlash to their name, changing their sign to avoid being associated with the Kremlin’s invasion of Ukraine.

The Russian Spoon has been serving hungry Vancouverites Russian and Ukrainian food for nine years. Its location at the Harbour Centre Food Court has been operating since 2018, offering everything from borscht to pierogis and cabbage rolls.

They made the decision to turn off the “Russian” part of their sign, clarifying their support for Ukraine’s resistance to Russian invasion.

If you go looking for it now, it simply says: “Spoon.”

They haven’t said when they plan to restore their title.

In a Facebook post about the bakery, Burnaby resident Roan Hidalgo called it “a great business,” adding he used to be a regular there.

“I’m asking people to come out and support them,” he said.

“They don’t deserve this. They shouldn’t be afraid. Not in Canada.”

To do their part, the bakery is raising money for Unicef’s Ukrainian Emergency Fund, donating $1 for every sale of certain menu items.

They have raised $438 for children and families in need there so far.

If you want to help them through hard times, go buy some pierogis. Staff are still at work and struggling to get profits back up to normal as soon as they can. The only difference is that “Russian” has been removed from their sign.

A similar incident happened in Kitsilano when a Russian community centre’s doors were splattered with blue and yellow paint — again, despite the fact that the owners have publicly condemned Russia’s invasion of Ukraine.

Daily Hive Vancouver reached out to The Russian Spoon for an interview but did not hear back before press time.