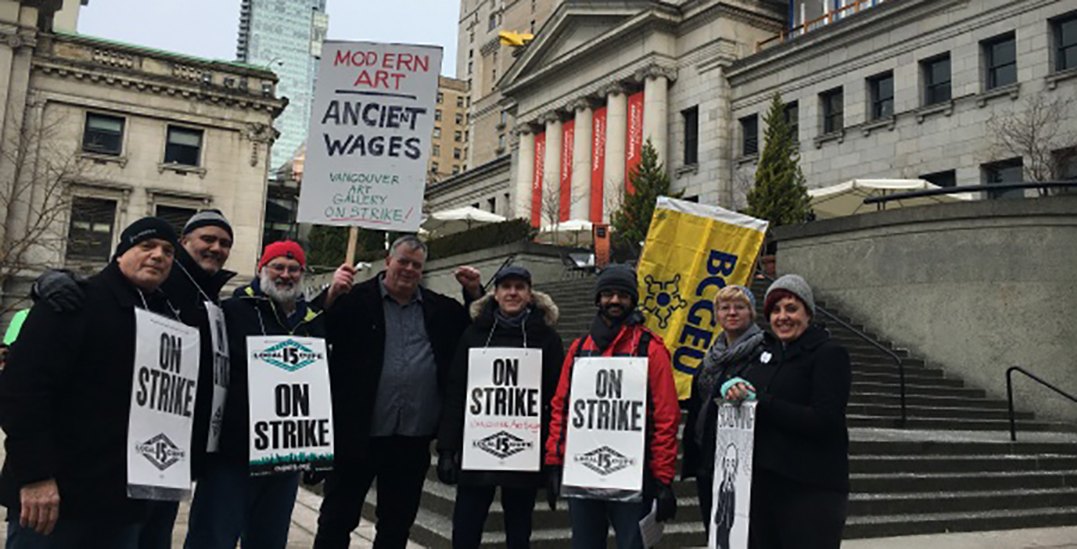 Four days after more than 200 unionized workers at the Vancouver Art Gallery (VAG) went on strike, the VAG and The Canadian Union for Public Employees (CUPE) Local 15 have agreed to move ahead to mediation.

“Our members are frustrated that the Gallery managers continue to insist on a major concession and refuse to move from their position,” CUPE 15 President Warren Williams explained in a statement. “We’re hopeful that a mediator can… bring about a fair, respectful, and negotiated settlement.”

Williams explained in earlier statements that managers at the gallery have been pushing for a major change to their scheduling model, that if allowed, would subject employees to two-tiered working conditions.

The VAG, however, shared with Daily Hive that there has been no such roll-back of benefits for its current team members – rather, the opposite.

“The Gallery, an independent, not-for-profit organization, very much values its unionized employees and appreciates all of their contributions. To clarify, there has been no roll-back of benefits for its current team members and, in fact in many cases, benefits have been enhanced.

We have been engaged in a collaborative and respectful bargaining process with CUPE15 as both sides work towards a new Collective Agreement. That process as prescribed is fair and reasonable for both its employees and the organization as a whole moving forward.”

VAG and CUPE 15 have been in a bargaining process for more than eight months.  The two parties are scheduled to meet with the mediator on Sunday, February 10, at 9 am.