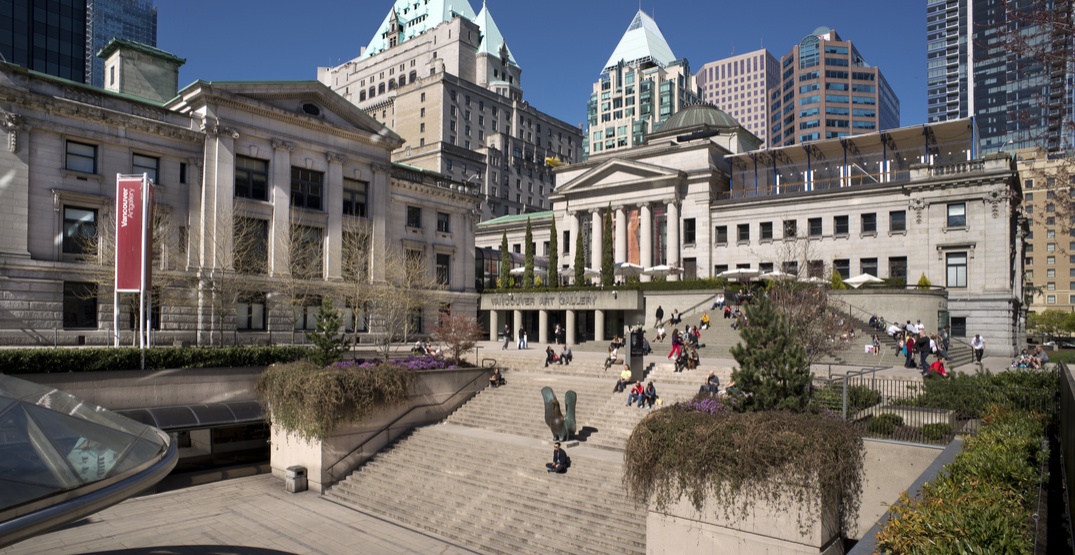 This morning, more than 200 unionized workers at the Vancouver Art Gallery (VAG) went on strike.

The Canadian Union of Public Employees (CUPE) Local 15 issued a strike notice on Monday, January 28, the result of gallery managers refusing to move from concession demands.

As a result, workers were told to dress warmly and prepare to meet with their picket captains.

According to CUPE 15, managers at the gallery are pushing for a major change to their long-standing scheduling model. Should this change be allowed, employees would be subject to two-tiered working conditions.

“After months of bargaining, gallery managers continue to pursue major concessions, and two-tier working conditions and scheduling models,” says CUPE 15 President Warren Williams in a statement. “The VAG’s business managers have rejected a number of reasonable counter-proposals, and this has left us with no choice but to move forward with job action.”

A number of the VAG’s wage proposals fail to keep pace with inflation, according to the union. The group explains that compared to other gallery workers in Canada, the staff at the VAG are far behind in compensation.

“Attempting to cut workers’ sick leave entitlements is the kind of behaviour we expect from the most regressive of employers, not the Vancouver Art Gallery,” said Williams.

“Patrons, supporters, and donors all expect the VAG to maintain high standards in its operations, including fair treatment of its workers.”

The two parties have been bargaining for a new contract for over eight months. Their last contract expired during July 2017.

Managers at the VAG intend to use the BC Labour Code’s “last offer vote,” causing workers to make a decision on the gallery’s latest proposal.

The vote is not expected to take place until Tuesday, February 12, 2019.

The Vancouver Art Gallery has shared the following statement with Daily Hive:

“The Gallery, an independent, not-for-profit organization, very much values its unionized employees and appreciates all of their contributions. To clarify, there has been no roll-back of benefits for its current team members and, in fact in many cases, benefits have been enhanced.

We have been engaged in a collaborative and respectful bargaining process with CUPE15 as both sides work towards a new Collective Agreement. That process as prescribed is fair and reasonable for both its employees and the organization as a whole moving forward.”