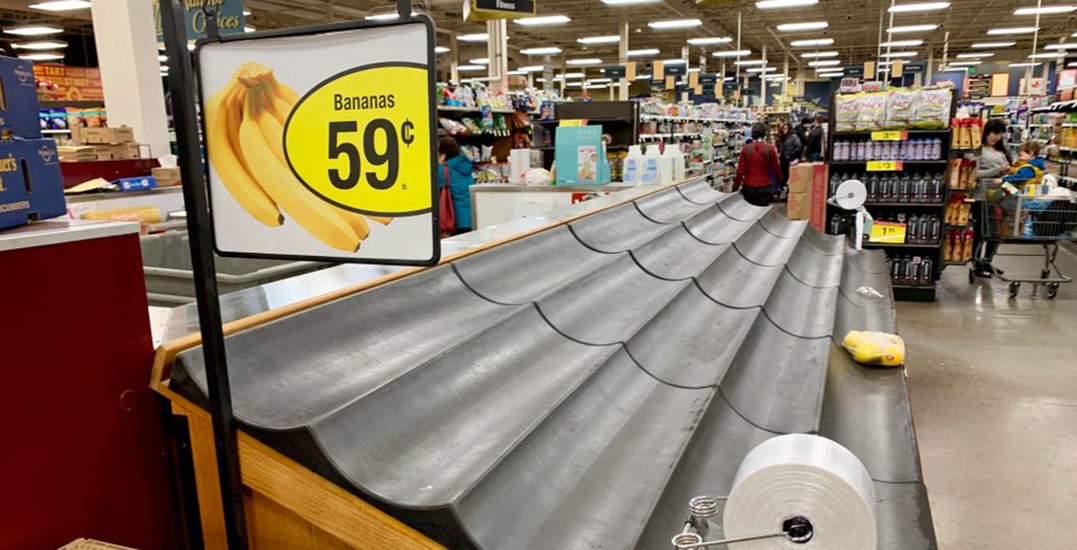 Just when you thought Vancouver was bad about snowfall, here comes Seattle.

According to AccuWeather, the American city is under a winter storm warning and is expecting heavy snowfall and winds of 30 mph (48 km/h) over the next 24 hours.

The American weather company warns that as long as the storm warning is in effect, travel will be “very hazardous or impossible” and residents have been advised to prepare flashlights, food, and water, in case of emergencies.

So just how much snow is Seattle expecting?

Anywhere between four to six inches, an amount that most Canadian cities, with the exception of Vancouver, would totally be able to handle.

And yet, it seems like Seattle has fallen into a minor apocalypse, emptying grocery stores around the city in the process.

Just look to Seattle’s Reddit page, if you wanted more proof of the wintery chaos.

Lines at the grocery store have aleady reached batshit level crazy. 1 hour wait for self check out from r/Seattle

It’s the BIG ONE: NO BROCCOLI !! from r/Seattle

Captain’s Log. Day -1 of Snowmageddon 2019. Morale is low and rations are lower. from r/Seattle

How am I supposed to measure the snowfall without a banana for reference? from r/Seattle

All of Seattle, currently from r/Seattle

The low self esteem of knowing you weren’t picked even during snowpoalypse. from r/Seattle

I thought all the pictures everywhere were exaggerations until I witnessed this lack of bread myself. Are we going to die? from r/Seattle

It has begun folks, stay warm stay safe! from r/Seattle

The line right now at Greenwood Fred Meyer. Snowpacalypse 2019 is officially *ON*, people! from r/Seattle

Well breakfast is ruined. Checkout took 45 minutes at 9:00 on QA hill. from r/Seattle

The wife went to the store the night before the snow started. from r/Seattle

While Vancouver’s impending snowfall has yet to begin, here’s to hoping the city doesn’t freak out like our neighbours to the south.