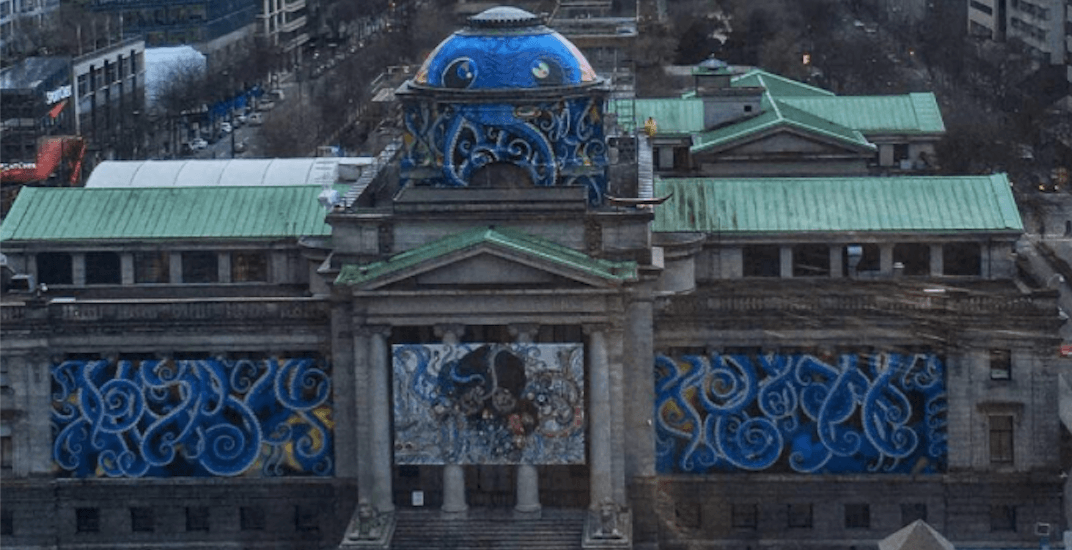 A new exhibit at the Vancouver Art Gallery is sure to turn a few heads.

In fact, many will be able to witness part of it before they even step foot inside the building.

As part of the first-ever art retrospective in Canada by Japanese international art icon Takashi Murakami – which officially kicks off on February 3 – a giant octopus is being painted outside on top of the iconic building.

The exhibit, entitled The Octupus Eats its Own Leg, officially begins on February 3 and runs until May 6, 2018.

In an interview with Daily Hive, Murakami said the name for the exhibit comes from a saying in Japan about big-headed people.

The octopus will eat all of its legs until it can no longer move, said Murakami. “This is my self portrait, I am not moving.”

Those who have already witnessed the giant octopus taking over the gallery have shared their shots on social media.

Did you see the Gallery’s updated facade on your way to work today? “Takashi Murakami: The Octopus Eats Its Own Leg” opens this Saturday, February 3. Link in bio for tickets! . . . . #explorebc #vancouverattractions #visitvancouver #yvr #travelcanada #westcoast #vanartgallery #explorecanada #vancouver #bc #canada

A post shared by Vancouver Attractions (@vancouverattractions) on Jan 30, 2018 at 7:45pm PST