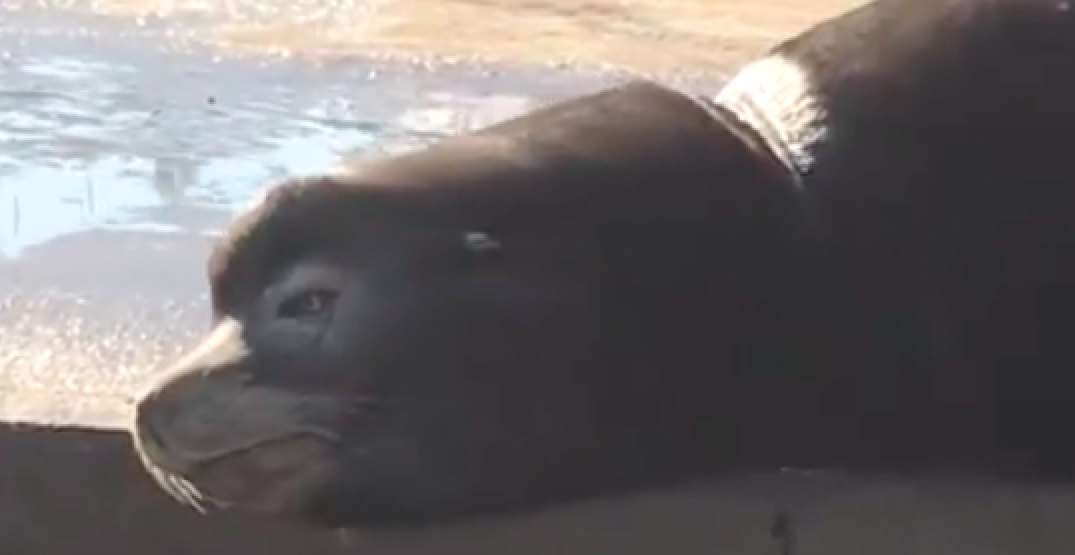 The seas lion with the entanglement around it neck. (Facebook screengrab)

The Vancouver Aquarium Marine Mammal Rescue Centre (MMRC) said it has been alerted to a sea lion spotted in Cowichan Bay with an entanglement around its neck.

In a statement, the Aquarium said MMRC rescuers are working closely with Fisheries and Oceans Canada and preparing for a rescue attempt when the animal is back in the area.

“These are complicated rescues; to do it safely and successfully the sea lion must be temporarily immobilized before we can remove the gear,” the Aquarium said. “Our head veterinarian, Dr. Martin Haulena, developed this protocol and technique, and is currently the only person in Canada able to dart and disentangle these animals, with specialized equipment and support from trained personnel.”

In the meantime, the Aquarium said it has also been alerted to attempts by members of the public to approach the sea lion and cut the entanglement free with scissors – something it strongly advises against.

One such photo posted on Facebook shows a man approaching the sea lion with what appears to be scissors or a small pair of pliers in his hand. 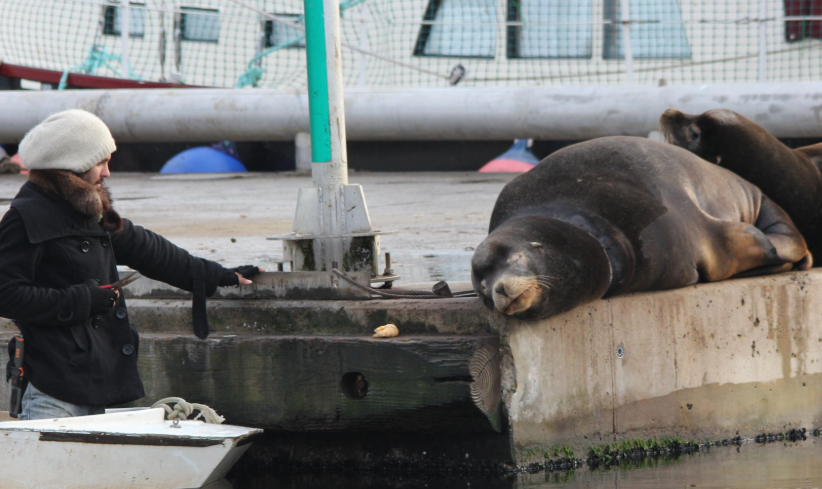 A man can be seen approaching the entangle sea lion with a pair of scissors. (Kirk Adamson / Facebook)

“We must emphasize that these rescues should not be attempted by members of the public. Wild animals, even if they appear weak or injured, will react aggressively in defence if they feel threatened,” the Aquarium said.

“As well, any disturbance can cause the animal to get spooked and flee and not return, which would put it beyond the reach of responders.”

Unfortunately, rescuers said it might already be too late, as the animal has not been seen today, which they said might be a result of being approached.

Do not approach the animal, and never try to provide help on your own. Keep pets away.