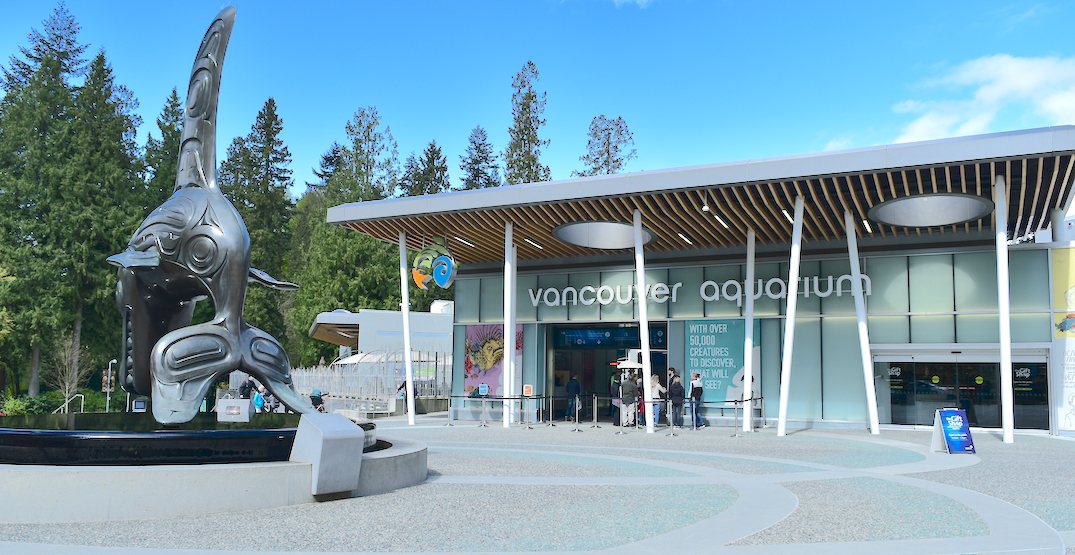 The Vancouver Aquarium will be in its best physical shape in years when it fully reopens to the general public on Monday.

With so much uncertainty over the aquarium’s future during much of the pandemic, a significant amount of maintenance was deferred, up until this past spring.

The attraction in Stanley Park had a limited opening for about two months in Summer 2020, until it temporarily closed in early September. It has remained closed ever since, slowing down the bleed on operating costs due to previous capacity restrictions.

“We deferred a lot of things that needed to be done because we didn’t know what the future was going to be. It’s an old aquarium; parts of it are now 65 years old,” Clint Wright, the executive director and a veteran of the Vancouver Aquarium, told Daily Hive in an interview.

“We really didn’t know what was going to happen. We had the barest number of staff here to take care of the animals, and we took care of them very well, but everything else was put on hold.”

Some animals were consolidated into single exhibits, and all of the interior lighting and some non-essential systems were turned off. 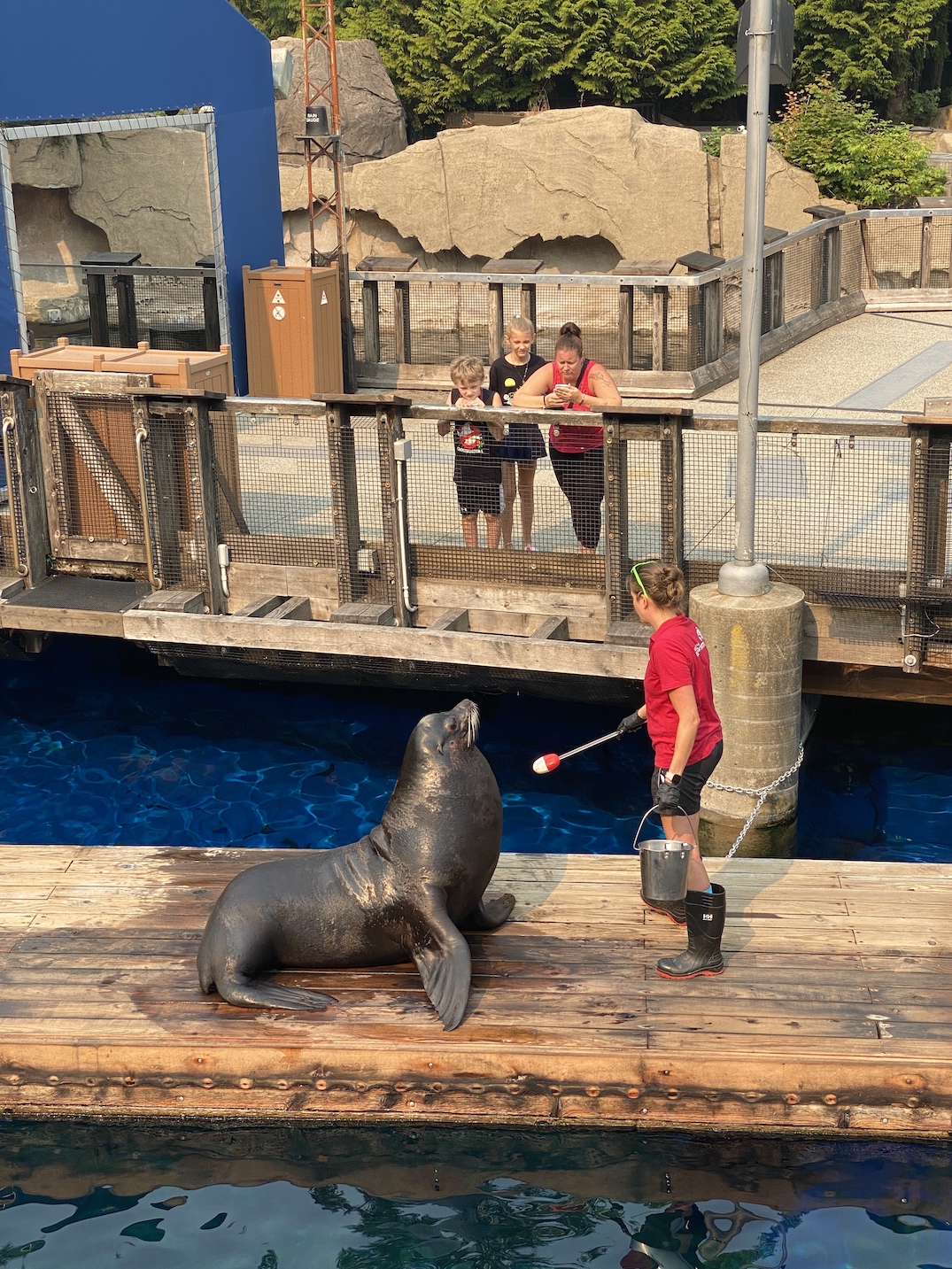 It was not until April 2021, when the aquarium was acquired by Herschend Enterprises, that they started to unwind from their limited operations, and resumed maintenance work to get the attraction back into a state of being ready for visitors.

“Herschend really wanted to inject resources into the aquarium to get it back into the state of its heyday, when it was really one of the world’s best aquariums, and it really needed to look like that,” said Wright.

“They put a lot of effort into ensuring we have the resources we need to take on those repairs, do the painting, improve the exhibits and lighting… almost every aspect of the aquarium if you think about it.”

He did not have a total dollar figure readily available on how much had been reinvested into the aquarium to date, but said “wherever we needed work, we put money,” describing water pumps that are about $30,000 to $40,000 each, and rooftop chillers that are $60,000 each.

“It all starts adding up, It’s a significant amount of money, and there’s still more to do. But the aquarium now looks great, and we’re excited to open the doors and let people see it,” he said.

Wright has described the aquarium’s new Atlanta-based owners as “wonderful and incredibly supportive.” They are perhaps best known for owning and operating Dollywood, but they also own Newport Aquarium in Kentucky and Adventure Aquarium in New Jersey.

They have not only been providing financial resources, but also expertise and workforce capacity in IT, finance, and business and technical strategy in helping the locally based and led staff in getting the aquarium ready for opening, albeit they have been working from afar due to travel restrictions at the border.

“They really understand and wanted to support the aquarium, and the fact that it’s Vancouver’s aquarium, an icon in the city, and around the country and in the world. They knew they were taking that on, and they wanted to take on the best of the over 60 years the aquarium has been built on,” said Wright.

“We have a strong Canadian team working on-site, supported by the best of Herschend. They bring creative resources, financial resources, and technical resources, more than we could ever have hoped really.” 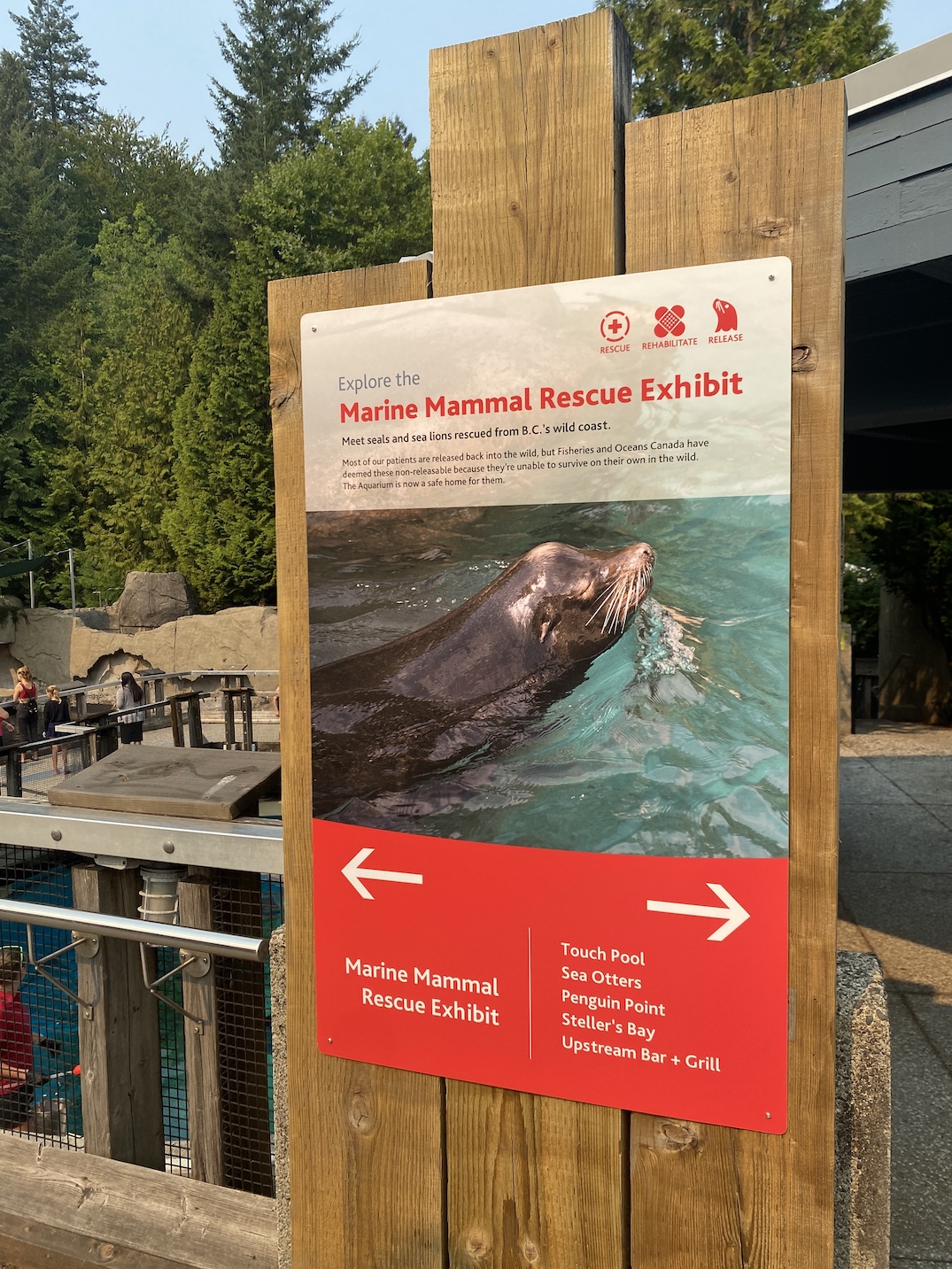 Under Herschend, he says, the Marine Mammal Rescue Centre (MMRC) will continue to be a key part of the aquarium. The animal hospital’s facility is located near Crab Park at the Centerm port terminal, and it is directly supported by the attraction in Stanley Park.

A new exhibit acknowledging the MMRC’s past and current work has been added to the aquarium’s Wild Coast outdoor gallery.

“The exhibit is really a story about the people who do the work, the collaboration with DFO, the port, and the work we do. It’s a window into marine mammal rescue,” he said.

The aquarium, through the MMRC, rescues about 150 sick and/or injured marine mammals in BC’s coastal waters each year. Nearly all are rehabilitated, but a few usually cannot be released as they would not survive in the wild, which is a decision solely made by the federal government’s Department of Fisheries and Oceans (DFO). From this program, the aquarium has several new resident rescued animals people have not seen due to its prolonged closure.

Wright notes that there is potential in the future to collaborate with the aquarium’s former parent organization, Ocean Wise, the not-for-profit conservation entity that previously owned and operated the attraction. The acquisition agreement maintains a formal link to Ocean Wise, by dedicating 1% of the aquarium’s annual gross revenues to the not-for-profit organization to support its work.

“Ocean Wise is really focused on field conservation projects and our interest is in that too, but we’re also delivering stories to people, and connecting them to physical engagement with the animals. We’re on the building blocks of getting people even more interested,” he said.

At the moment, however, Wright says they have been focused on separating Ocean Wise from the aquarium’s business operations, which were previously one of the same thing.

At some point in the future, when things settle down, Herschend and the aquarium plan to conduct public consultation to gauge what the community would like to see at their aquarium.

“I think from my standpoint, we underestimated the amount of work it would take to get the aquarium ready, and to separate it from Ocean Wise,” said Wright. “It’s not just the difficulty of reopening an aquarium that has largely been shut down, but it’s also the separation, which has been amiable.” 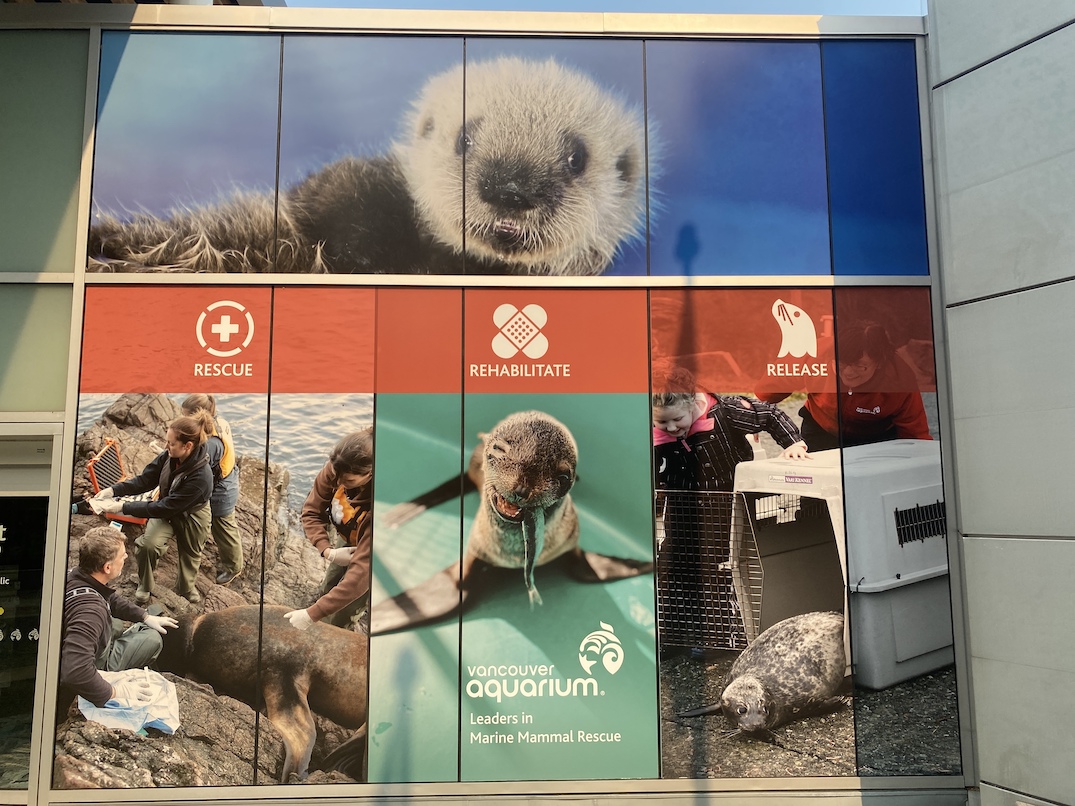 When the aquarium reopens early next week, walk-ins will not be an option due to the need to manage capacity for health safety reasons. Like last summer’s limited opening, visitors will need to book online in advance for timed ticketing.

But very much unlike last year, when visitors were required to follow a one-way flow through the exhibits, there will not be any restrictions on where guests can roam. They will be able to explore the attraction freely, while spreading themselves accordingly for physical distancing.

Underwater galleries and amphibian exhibits that were not open last summer will also be reopened. And the 4D theatre, which was also closed last summer, now features Octopus, a new film from Blue Planet II, a BBC Series.

On a typically busy day this time of year, Wright says, the aquarium would see between 5,000 and 6,000 people pass through its main entrance. Starting next week, they are looking to welcome up to 2,000 to 2,500 people daily, but this will be closely monitored.

Last summer’s operations limited capacity to just 20%, which was insufficient to cover the higher operating costs of keeping the attraction open to visitors, resulting in its temporary prolonged closure beginning in September.

During a normal year, the aquarium typically sees about one million attendees, with about 65% deemed as tourists to the city.

Frontline staff serving concessions, retail, guest experience, and building operations have been hired. Wright says 85 people were provided with letters of offer after a hiring fair held over a weekend in late July. Currently, there are over 200 people working on-site.

“Everybody is giddy and excited,” noted Wright, describing the morale of staff ahead of opening.