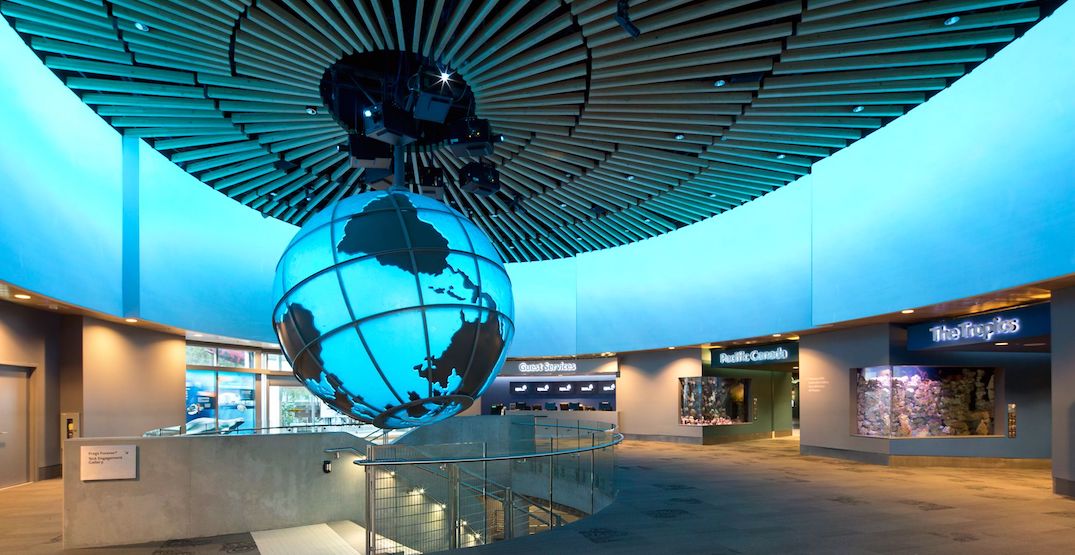 Interior of the 2014-built expansion of the Vancouver Aquarium. (Musson Cattell Mackey Partnership)

Ocean Wise Conservation Association has transferred 100% of its ownership of the Vancouver Aquarium to Herschend Enterprises.

Earlier today, Daily Hive Urbanized was the first to report the sale of the aquarium to the Atlanta-based company, which is known for owning and operating major amusement and theme park attractions, entertainment brands, lodging and tourist facilities, and aquariums and zoos.

A subsequent media event with Eric Rose (Executive Director of Herschend Family Entertainment), Lasse Gustavsson (President and CEO of Ocean Wise), and Clint Wright (COO of the Vancouver Aquarium) provided further context and details on Ocean Wise’s decision to sell its flagship entity, and the potential way forward for the attraction in Stanley Park. Here are the eight main takeaways from these three leaders:

1. The sale rescues the Vancouver Aquarium from imminent permanent closure this spring.

Selling the aquarium was the option of last resort for Ocean Wise.

Gustavsson said the aquarium had healthy reserves, and in the early weeks of the pandemic the attraction “believed it would be able to weather through the storm and come out of the other side.”

But by September, they realized the pandemic’s duration and economic downturn would likely last a year more or longer, not merely another four or five months. With the basic costs of animal care and habitat maintenance reaching $1 million per month, this uncertainty and prolonged timeline for recovery was deemed unfeasible for the organization.

“Ocean Wise is a well managed business in usual circumstances. We realized in September that in the long-run, we would not be the right operators. We would not have the financial capacity. In January, we knew that if we couldn’t close a deal and find a solution this spring, our next step would have to be closing down the aquarium. Obviously, that was not in anyone’s interest, not our interest, not Vancouver’s, and not Canada’s,” said Gustavsson.

“We’ve had amazing support from the community, generous support from federal and provincial governments, and corporate partners backing us up, but it’s not cheap to run an aquarium, and running an aquarium without any income is only possible for a short period of time, especially for a not-for-profit organization like ours.” 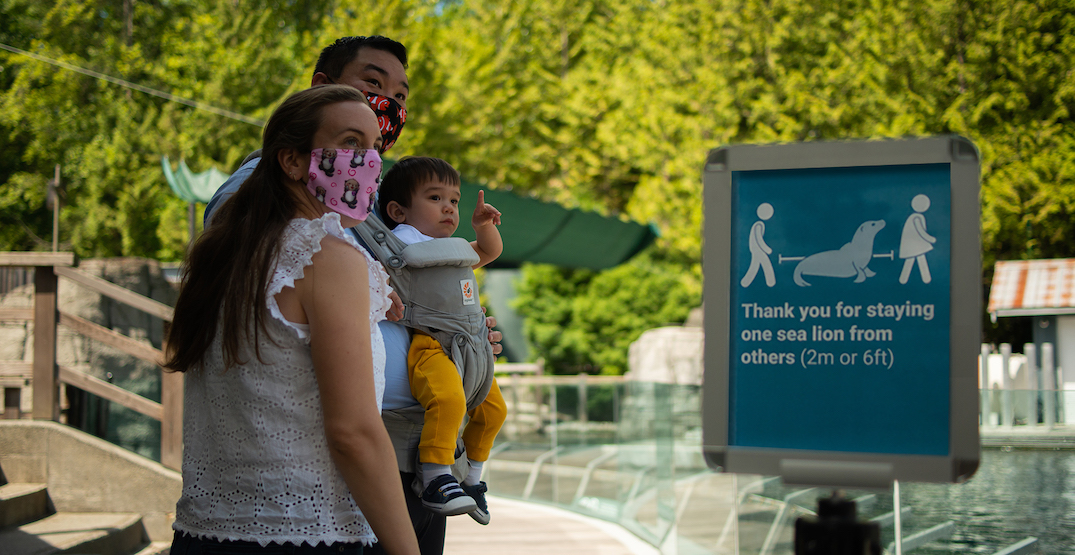 The aquarium also resorted to temporarily closing its doors to the public in early September as a measure to slow down the cash bleed, as it was losing more money by keeping its doors open for a 25% health safety capacity.

“The alternative to finding a new operator was closing the aquarium, and I’m very glad today that we could avoid that,” he affirmed.

Based on 2018 financial statements, Ocean Wise had a $38 million budget that year, with $7.4 million going towards facility operations, $4 million for animal care, $5 million for general administration, $4.6 million for marketing and external relations, and $6 million for conservation, research, and education.

During that same year, the aquarium saw $22 million of its revenue from admissions and membership, accounting for well over half of its $38 million in total revenues. Another revenue segment that depends on visitors was retail and concessions, which generated $7.5 million.

2. Over 70 organizations were approached.

Gustavsson said Ocean Wise’s board of directors began the process of seeking a partner or new owner and operator in September. It reached out to over 70 entities, including other aquarium and zoo operators, not-for-profit organizations, and potential philanthropic interest from high net-worth individuals.

In January, exclusive negotiations began with Herschend, and it culminated with the signing of the acquisition agreement on Wednesday evening. The sale price was not disclosed.

At the time of writing, it is not immediately clear if there were any discussions with Vancouver-based international conglomerate Jim Pattison Group, which owns Ripley’s Entertainment. This division of Jim Pattison Group also operates three aquariums, including two attractions in the United States, and Ripley’s Aquarium of Canada next to the CN Tower in Toronto.

3. Conservation, education, and rehabilitation will continue.

Under the new ownership, the aquarium’s Marine Mammal Rescue program will continue to operate.

Additionally, Herschend will donate 1% of its annual gross revenues from the aquarium to Ocean Wise to support its research and conservation initiatives. Ocean Wise will continue to operate as an independent not-for-profit organization under the leadership of Gustavsson.

“Conservation will remain a core to our mission including the excellent work that the Marine Mammal Rescue Centre has done for decades,” said Rose. 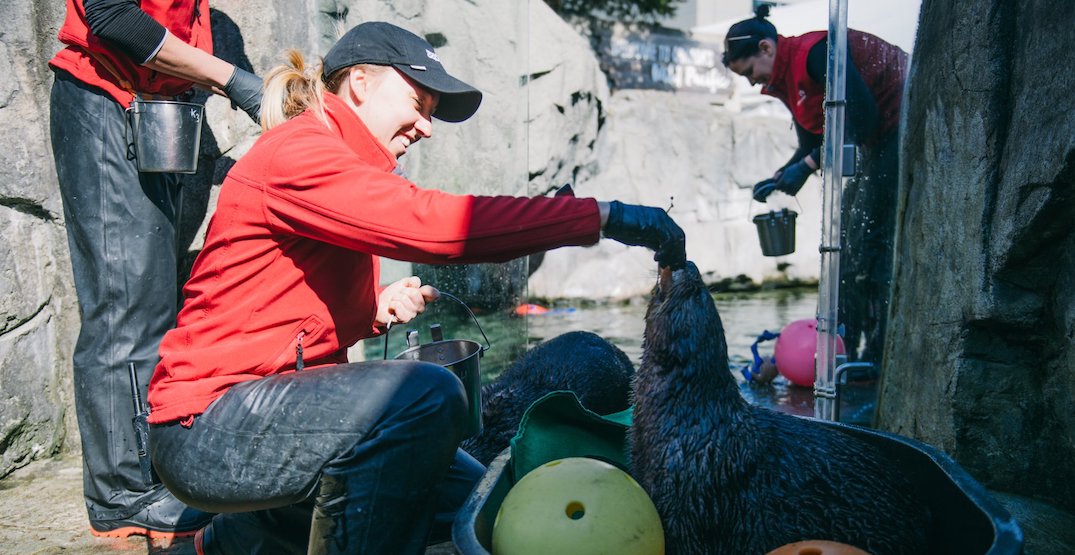 Herschend is not new to the aquarium business, as it also owns and operates Newport Aquarium in Kentucky and Adventure Aquarium in New Jersey.

“Our two existing aquariums work with global conservation and research organizations around the world, and I would put Vancouver Aquarium and Ocean Wise at the top of the list as well,” he said.

Rose says the aquarium will continue its existing relationships, and its role in the community, such as maintaining educational programs with schools and community groups.

Rose says his company will collaborate with government, engage with First Nations, and ensure the existing aquarium staff have “what they need.”

There are no plans to replace the aquarium’s management team with their corporate staff from the United States.

Clint Wright, who has been with the Vancouver Aquarium for over 30 years and is currently its COO, will lead the aquarium under its new ownership.

“This is going to be Vancouver’s aquarium. We’re not bringing a team to come work in Vancouver. We’re here to build a world-class aquarium with the highest standards of animal care, and try to inspire the next generation of aquatic leaders to take care of our planet. That’s what we will be doing,” said Rose.

“Clint’s team is one of the things that attracted us to the Vancouver Aquarium, and the team that is there is fully capable. We’re going to be bringing in financial, creative, and business process resources, and basically we’re going to be an enabler or support structure to allow the local management to do what they do best — and that’s to run a world-class aquarium.”

5. The new ownership will invest in the facility to rejuvenate it.

A decade ago, the aquarium launched the first phase of its then-planned $100-million expansion and renewal project, which included new larger pools and habitats, the replacement of aging building systems, and improvements to dated aspects of the visitor experience.

The $45-million first phase of an expansion building with a new entrance reached completion in 2014, and it was the largest addition to the aquarium in its history. But the Park Board’s 2017 decision to ban cetaceans from the facility put a halt to any further work — not only the tank expansion, but also the general need to renew old facilities and systems. 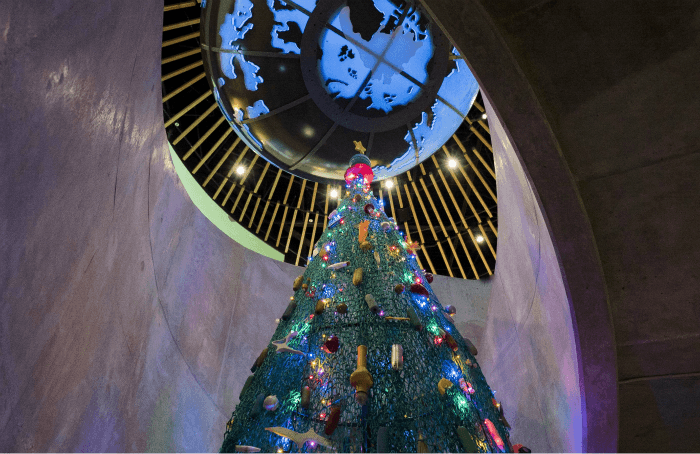 In his remarks, Gustavsson said Herschend has the capacity and willingness to provide a “revitalization and new injection of the attraction in Stanley Park.”

Rose added: “One of the things with Herschend is we have a very robust system for master planning and creative development, whether it’s zoological or non-zoological. We’ll go from there, take it slow, listen, and learn.”

Besides its two other aquarium properties, Herschend also owns amusement and theme park attractions such as Dollywood, Kentucky Kingdom, and Wild Adventures zoological theme park, as well as water parks and entertainment brands.

Of another notable mention, it is the owner of the Harlem Globetrotters.

But Rose emphasizes their approach and strategy used at other properties will not necessarily be replicated at the Vancouver Aquarium, as “every attraction has its unique experiences.”

At some point in the future, a new public consultation website will be launched to provide the public with the ability to submit ideas on what they would like to see at the aquarium moving forward — how to make it better.

“We’ll listen to the community and really understand what makes the aquarium special and uniquely British Columbian, and from there we’ll develop the appropriate plans from both a creative and financial plan to invest into the aquarium over the next couple of years and the next decade,” said Rose.

“We intend to continue this community focus that makes this aquarium so loved.”

7. Herschend is in it for the long haul.

Rose adds that Herschend will work towards bringing back the aquarium’s pre-pandemic success, when it saw about one million visitors annually.

“Vancouver and British Columbia is a global tourism destination, and it will recover post-COVID-19. It may take some time, but it will recover. And the Vancouver Aquarium is globally iconic as well. We’re privately held, so we can have a view years into the future. What will not change is Vancouver, and BC is be an incredible tourist destination. Vancouver Aquarium is going to be a world-class aquarium,” he said.

“If we can get through the next couple of months and next couple of years, it was kind of a no brainer for us to reach out and bring some assistance, and that was the basis of the decision.”

8. The short-term focus is rehiring staff and reopening.

Over 200 staff were permanently laid off in September, following the aquarium’s brief summertime reopening. Most of these individuals were frontline operational staff in retail, food and beverage, visitor experience, and exhibits, as well as human resources and marketing.

Wright says they are now moving to rehire many of the laid off staff in preparation for the attraction’s reopening. But at this time, no timeline has been established for welcoming back the public through the gates.