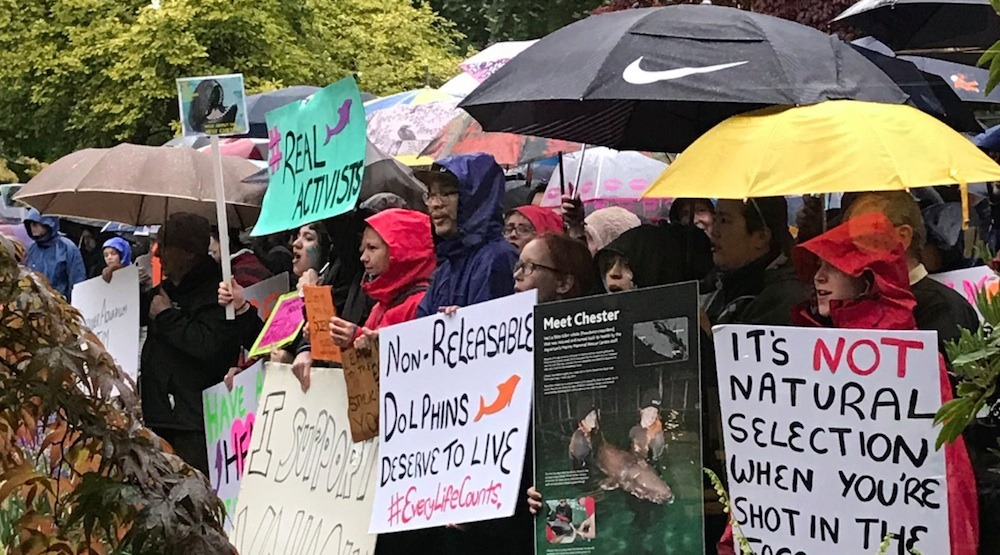 A large crowd of protesters are rallying outside the offices of the Vancouver Park Board in Stanley Park this evening where commissioners are expected to make a final decision on whether the Vancouver Aquarium can keep cetaceans in captivity.

And that’s not all – there are hundreds of supporters outside the building, standing in the pouring rain, chanting loudly for commissioners to reconsider.

“I don’t understand how something like this can be left up to politicians to decide,” Marcus Minham, a protester at the meeting, told Daily Hive. “It’s absurd it has gotten this far just because some politicians want to make a name for themselves.”

A decision is expected to be reached later this evening.

Passionate people standing in heavy rain to support their cause outside @ParkBoard with @BrennaRoseTV pic.twitter.com/VmfRqKIjvJ

To the @parkboard from the 250+ @vanaqua supporters outside: hey hey, ho ho! Cetacean ban has got to go! pic.twitter.com/2vvW8zZFEd

“We won’t vote for you.” – to the @ParkBoard . Yes you hear kids chanting too – our future.#ISupportVanAqua pic.twitter.com/GDFYJD3tre

The Vancouver Park Board is set to vote tonight on amendments to the bylaw that deals with keeping cetaceans in captivity at the Vancouver Aquarium.

At a special public meeting on March 9, 2017, elected Commissioners directed staff to amend the bylaw to ban the importation and display of live cetaceans in Vancouver parks.

“The Park Board voted unanimously to amend the Park Control bylaw after discussions with aquarium staff, extensive public consultation and a thorough review of marine science and best practices in aquariums around the world,” said Park Board Chair Michael Wiebe in a statement.

Cetaceans at Vancouver Aquarium can stay

The Aquarium currently has three cetaceans in captivity, Helen, a Pacific white sided dolphin, Daisy, a harbour porpoise, and Chester, a false killer whale (a type of dolphin).

All three animals were rescued. Meanwhile, the Aquarium has no whales in captivity, since the death of its two belugas, Aurora and Qila in November last year.

While banning future importation of cetaceans, the proposed draft bylaw amendments acknowledges the need to address the cetaceans already living at the Vancouver Aquarium.

If the new bylaw passes, the three existing cetaceans will be grandfathered in and do not need to be removed from the Vancouver Aquarium.

Effective immediately, they can remain on display for the public, however their presence cannot include performances of any kind.

What’s in a bylaw amendment? 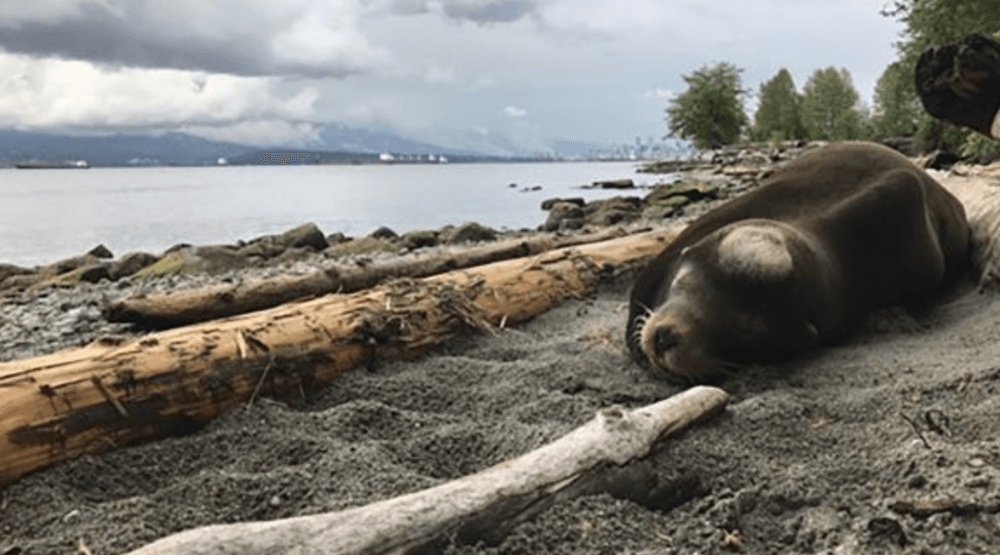 Señor Cinco the sea lion was found stranded on Spanish Banks on May 5. (Vancouver Aquarium)

The existing Parks Control bylaw sets the conditions under which cetaceans (whales, dolphins and porpoises) can be acquired and kept in parks.

Under section 9 (e) it’s stated that no person shall bring into any park, or otherwise keep or maintain in any park, any cetacean which has been captured or taken from the wild except:

The recommended amendments to the existing bylaw are: