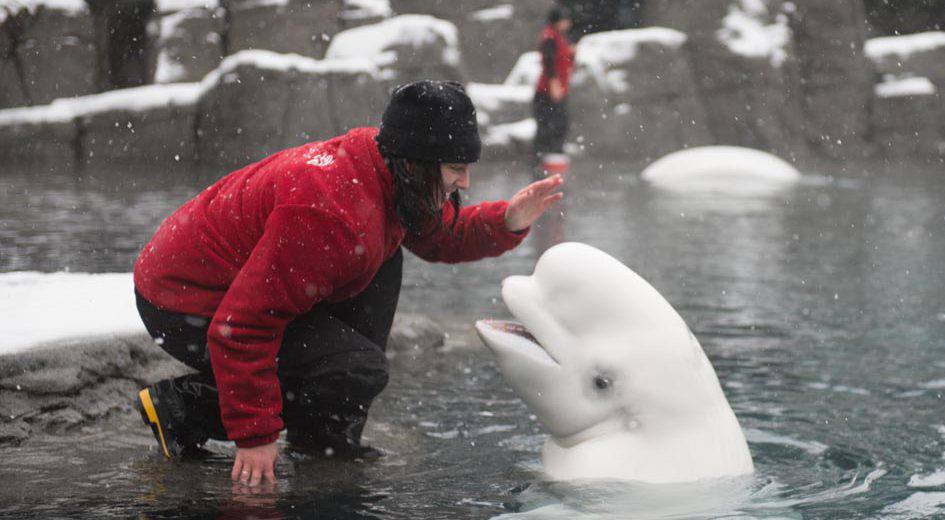 For Annelise Sorg, and the rest of No Whales in Captivity (NWIC), the time to act is now.

The situation prompted Vancouver Park Board chair Sarah Kirby Yung to introduce a notice of motion asking for a ballot question on captive cetaceans in 2018, which would be discussed early next year, the park board said in a tweet.

Chair @sarahkirby_yung intros notice of motion asking for ballot question on captive cetaceans in 2018. Will be discussed by PB early 2017 pic.twitter.com/992CJDkh8J

In a letter sent to the park board and shared with Daily Hive, Sorg “strongly” urged the board to consider imposing an “immediate ban” on importing more whales.

While she thanked the board for its 2018 plebiscite proposal, Sorg noted there are more pressing issues at hand.

It is time, she added, “for the park board to end the international commercial trade in performing beluga whales in Stanley Park.”

Commissioner Stuart Mackinnon says that no decisions on the motion had been decided yet.

“At that time, the motion will come to park board,” he said. “Generally, the public is not allowed to speak to motions at park board. My preference would be for the motion then to be referred to the next park board committee meeting, where the public will have an opportunity to address the board.”

MacKinnon added that could happen at the next park board meeting or early next year, but no dates are confirmed.

– With files from CKNW