The Vancouver Aquarium has taken a stand against the park board’s proposed bylaw amendment to ban all cetaceans, such as dolphins and porpoises from the facility.

The aquarium announced Thursday it is launching an awareness effort to save its Marine Mammal Rescue program.

The program helps care for more than 100 sick, injured or orphaned marine mammals that are found stranded annually along the BC coastline–including cetaceans.

“The proposed bylaw has generated concern among our staff, members, and the public about the fate of the Marine Mammal Rescue program and cetaceans currently in our care,” said Randy Pratt, incoming Chair of the aquarium’s Board of Directors, in a release.

“We share those concerns, and we are asking the public to make their voices heard on this issue.” 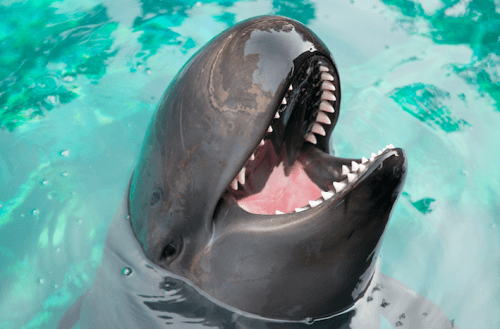 The aquarium currently has three cetaceans in captivity, Helen, a Pacific white sided dolphin, Daisy, a harbour porpoise, and Chester, a false killer whale (a type of dolphin).

All three animals were rescued. Meanwhile, the aquarium has no whales in captivity, since the death of its two belugas, Aurora and Qila in November last year.

The aquarium is asking members of the public to use its online platform to send a letter to the Park Board expressing their support for the Marine Mammal Rescue program.

“We are committed to the marine mammals who need our care, to education, and to ocean conservation. Please join us in making your voice heard. We appreciate your support.”

In a response to the aquarium, the Park Board said it supports the “important and excellent work by the Vancouver Aquarium staff and volunteers in the Marine Mammal Rescue Centre run at a facility outside of Stanley Park.”

The Park Board says it will continue to work with aquarium staff to support the rescue program.

“The amendments, which are being finalized, are thoughtful and reflective of public opinion,” said Park Board chair Michael Wiebe.

“They take into consideration that rescued cetaceans Chester, Helen, and Daisy, are currently receiving care in Stanley Park.”

The Park Board will vote on the amended bylaw on May 15.