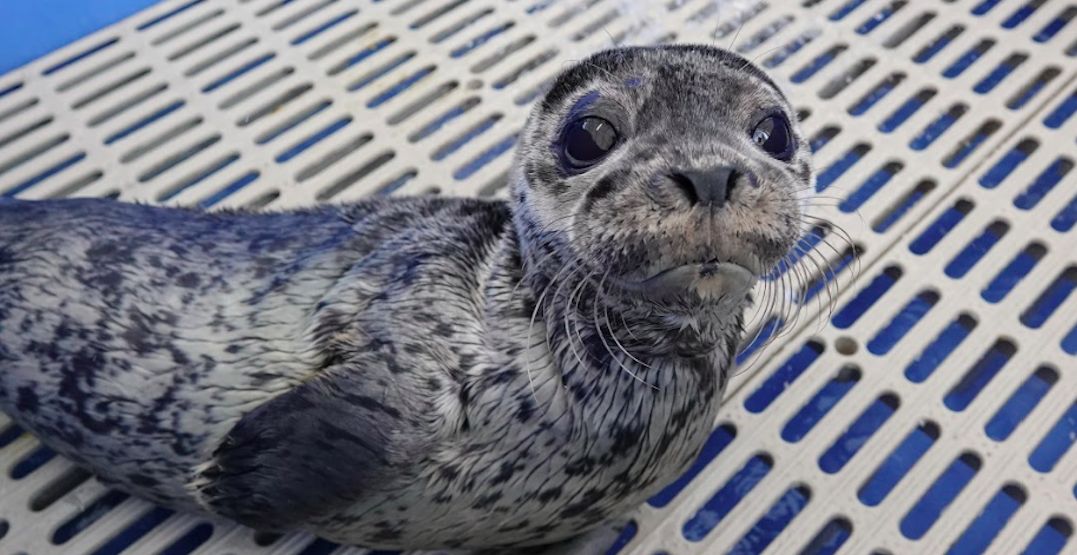 After the Marine Mammal Rescue Centre was saved, rescued marine animals have been named by donors to the Centre. But this little one was different.

“When we arrived to rescue her, she was just so mighty and fierce, yet surprisingly calm,” said Lindsaye Akhurst, Manager of the Marine Mammal Rescue Centre. “We knew that we wanted to name her in honour of our provincial health officer, who has been instrumental in our province’s medical response.”

“So, together with Daily Hive, we knew she had to be named Dr. Bonnie Herring.”

This comes after the Shaw Centre for the Salish Sea named their male octopus, Henry, in honour of Dr. Henry as well.

Bonnie was rescued on August 8th from a Vancouver drydock, after a worker observed that the seal pup had not moved for over eight hours.

After assessing her as underweight and dehydrated, VPD Marine Squad assisted Centre staff in the rescue. Once at the Centre, Bonnie received fluids and was slowly started on formula. In the week since her rescue, Bonnie has gained weight well and is enjoying her daily swims.

Bonnie will receive rehabilitation over an estimated 11 weeks, hopefully progressing soon to “fish school” where Centre staff and volunteers transition her to eating fish. Eventually, she will learn to compete for fish with other seal pups in the pre-release pool, in preparation for her eventual release back into the wild — at a place similar to where “Sealy Dan” was recently released (watch the video here!).

For more information on the MMRC, visit rescue.ocean.org. Or, you can support the work of the Centre by adopting Dr. Bonnie Herring!