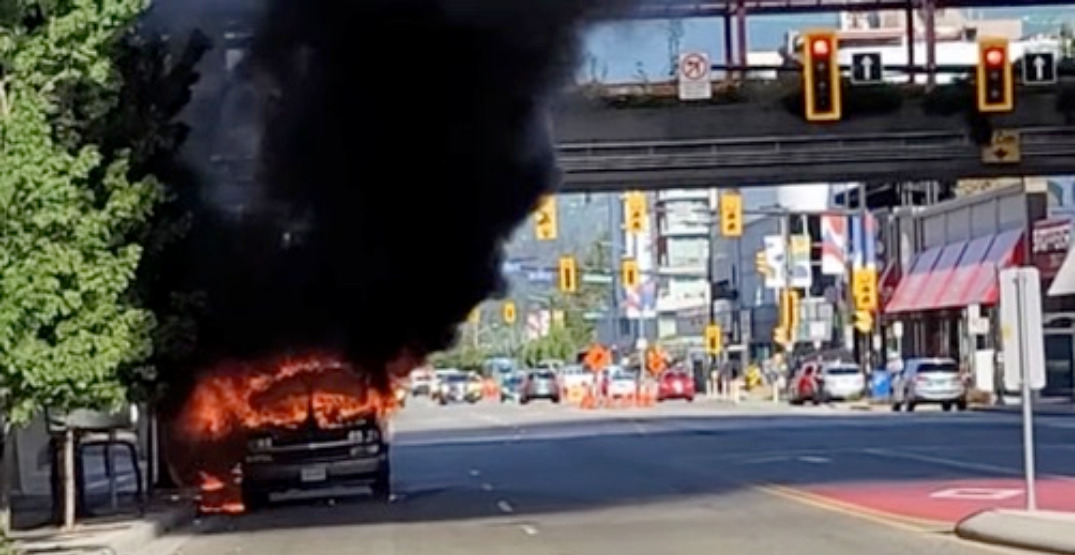 A video sent to Daily Hive shows a van completely engulfed in flames in the core of North Vancouver, close to the SeaBus station and many of the area’s most popular amenities.

The incident took place on the 100 block of West Esplanade on Wednesday morning at around 10:10 am.

The clip shows a van on fire near the intersection of West Esplanade and Lonsdale Avenue.

According to the witness who took the video, the van appeared to be parked at the time of the incident.

A few seconds into the video, you can hear the explosion.

The video was provided by Hamid Akbari.

North Vancouver RCMP told Daily Hive they had not been notified of the fire, but they said that there was nothing suspicious and the owner was present.

Daily Hive has reached out to the City of North Vancouver Fire Department for more information.