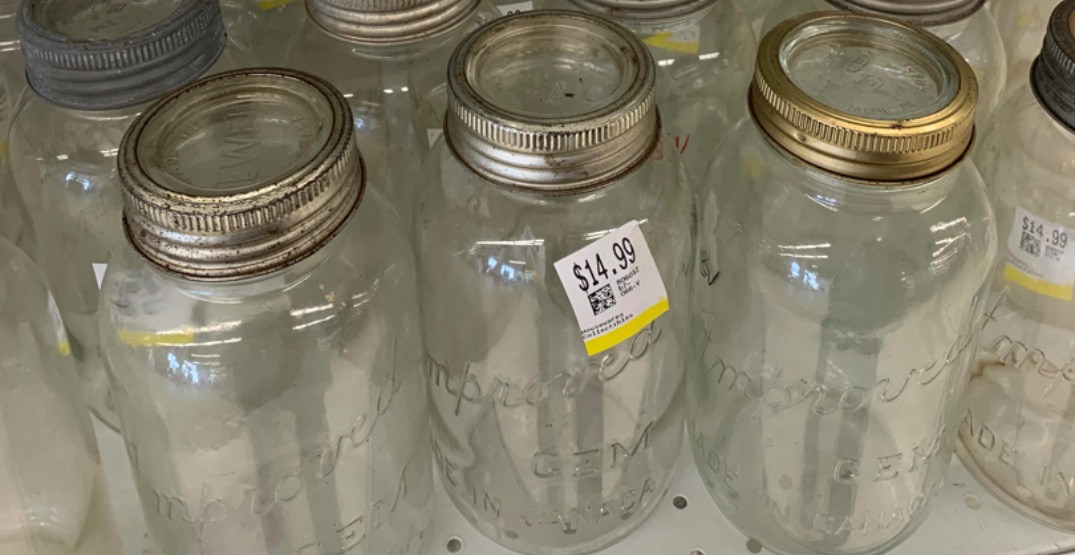 A Reddit post featuring a picture reportedly taken in an Edmonton Value Village of used mason jars priced up to $15 each has created a stir online.

Many questioned the affordability of thrift stores and used products when something as simple as a mason jar is priced at $15 a pop, with the post accumulating more than 400 comments.

“I could buy a jar of jam and clean it, and it’d be cheaper, what in the fresh hell,” wrote one user.

One user jokingly suggested the mason jars in their mom’s place could become their retirement plan, commenting, “Welp. There’s my retirement plan. Going to raid my mom’s old pickling jars and sell them on eBay for a MINT! Thank you, VV, for the idea. ChaCHING!”

Another user got a similar idea to cash in, saying, “Damn, was gonna recycle a bunch of jars coming up soon, but I guess I’ll sell them for hundreds at this price.”

“I saw these like 2 or 3 weeks ago, and I couldn’t believe it!” wrote another user, adding, “I’m glad to see they are still there. Value Village prices are a joke! I’ll go and look for a deal sometimes, but I hardly ever buy anything anymore.”

Some sticker shock was seen in a Safeway in Calgary earlier this month when a 12-pack of canned soup was seen priced for $22.