There was no clear winner in the 2020 US presidential election late Tuesday night, with many districts still counting their votes.

Republican candidate US President Donald Trump is seeking a second term, and Democratic candidate Joe Biden is hoping to stop him.

Biden praised voters for their patience just before 1 am ET, adding he’s optimistic about the election result.

“It ain’t over til every ballot is counted,” he said to a crowd of supporters at a physically distanced car rally.

“We feel good about where we are, we really do,” he added. “We knew because of the unprecedented early vote and mail in vote it was going to take a while.”

Meanwhile, US President Donald Trump called the night a “big win” on Twitter despite a lack of clear results.

I will be making a statement tonight. A big WIN!

He also accused Biden of trying to “steal” the election, a tweet which Twitter labelled as misleading. 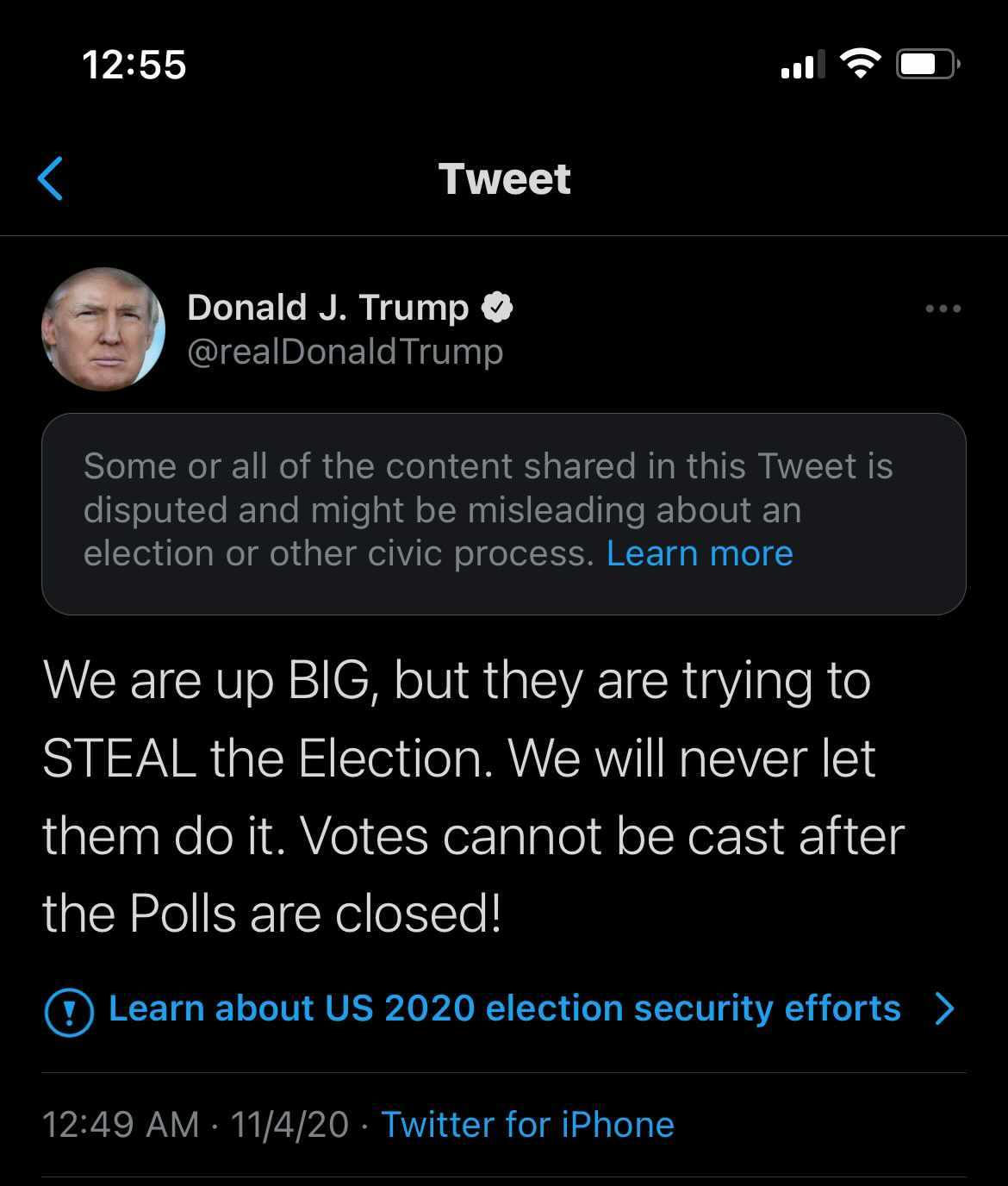 Around 10 pm Pacific Time it looked like Biden held slightly more electoral college votes, although many were still to be counted.

Election night results are never final, as it takes much longer to count the votes, including mail-in ballots, submitted by American citizens. But this year results were expected to be even slower than usual because many states made pandemic-related accommodations, such as broadening access to mail-in ballots.

Mail-in votes take longer to count than ballots marked at in-person polling station, and some states who don’t start counting their mail-in ballots until election night could be counting for several more days.

Daily Hive is continuing to follow this story, stay tuned for updates.