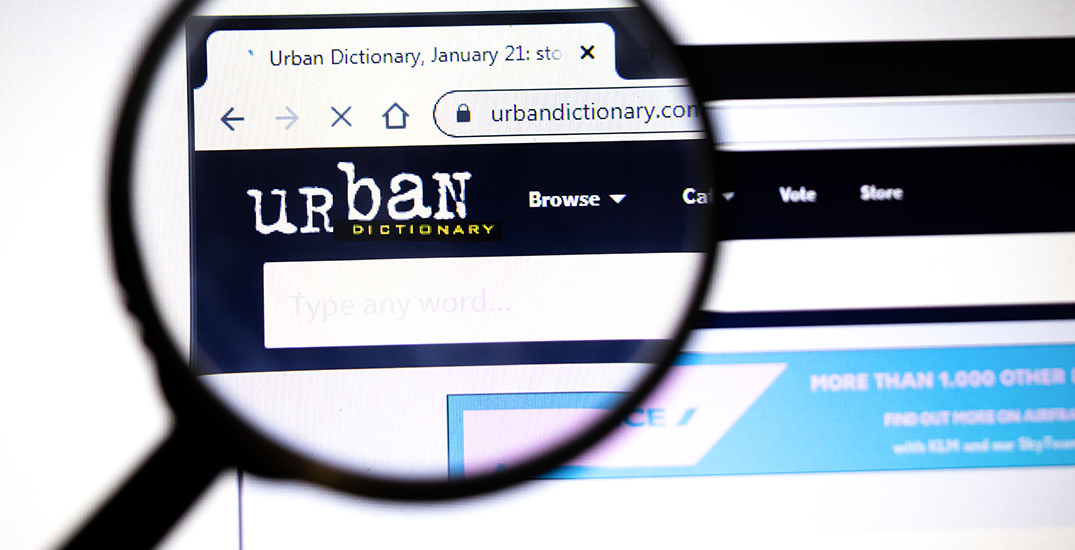 The crowdsourced dictionary for slang words has expanded to include definitions of anything and everything, including people’s names. The results are funny, sometimes insulting, and mostly NSFW definitions submitted by users.

When you search Drake, for example, the first definition is “A Canadian rapper who started from the bottom and used to call you on your cell phone.” 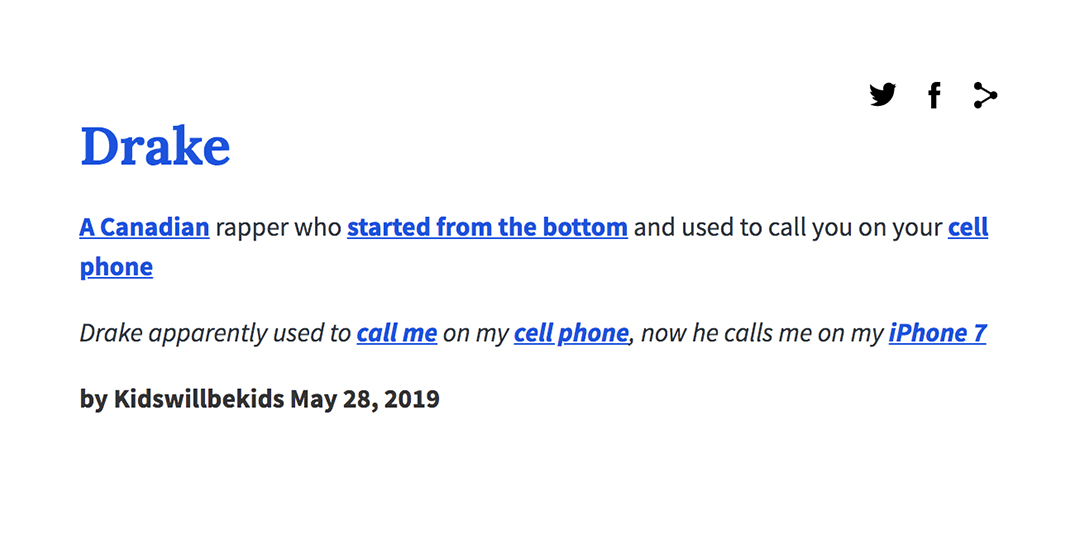 Looking up Daily Hive’s cities, Vancouver’s definition is “That city where if you own a house already, you can sell it and buy two of the same in Toronto, or three in Calgary, or an entire street in Winnipeg.” 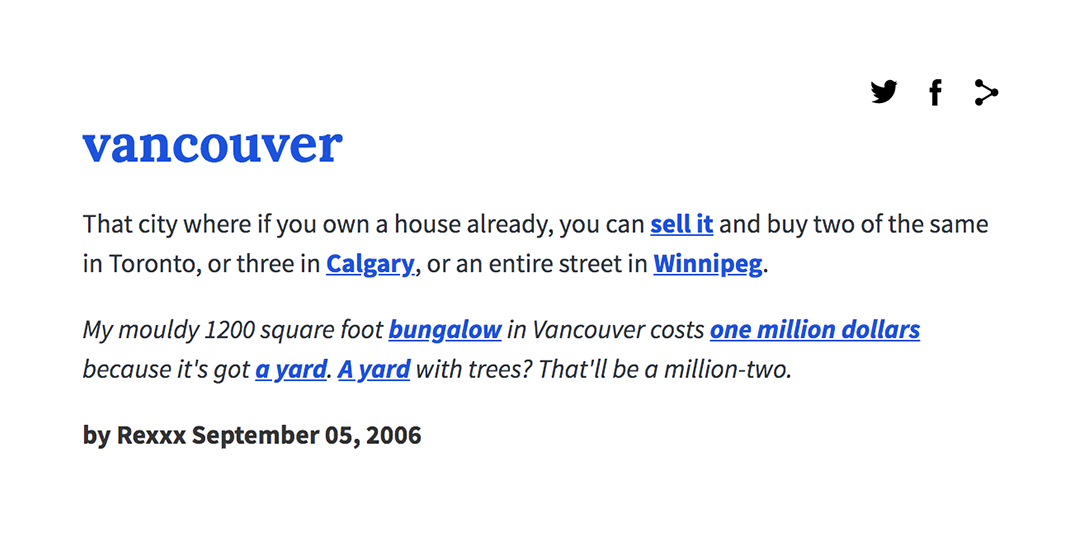 The trend can be traced back to Instagram user @bymayuuu (Yunus Caesar), who used the platform’s new “Add Yours” sticker, which allows users to post a prompt and then for other people to use the sticker and share their own photo about it to their story.

Caesar asked everyone to “Show us ur name in Urban Dictionary 🤥⭐️” and people started sharing screenshots of their name’s definitions to their stories.

The trend took off on Twitter as well, with people sharing definitions of their names.

Show me your name in #UrbanDictionary pic.twitter.com/HMR4wMxMPZ

As with most trends, a lot of people are also over it.

post one more urban dictionary definition of your name pic.twitter.com/5EwzcoAxyf

I’m gonna be honest I am tapping right past what your name says in urban dictionary, I do not care

As for Urban Dictionary’s definition of my name: “Some one [sic] who is very beautiful inside and out. Has so much time for other people because she’s so selfless. Very shy and blunt at first but when you get to know her, she’ll be full of surprises. Always wanting to make you happy and laugh with her witty jokes and sarcasm.” 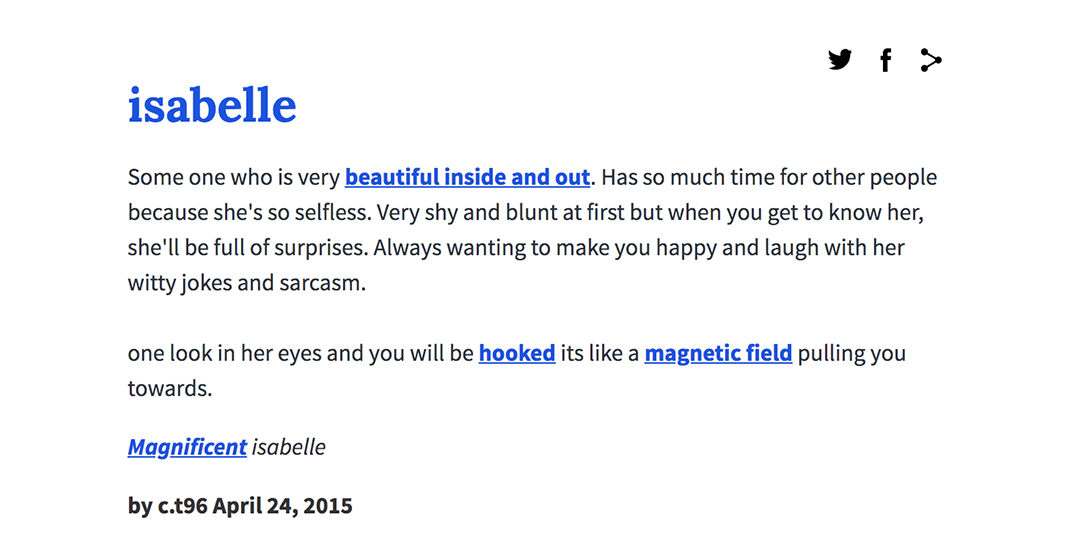