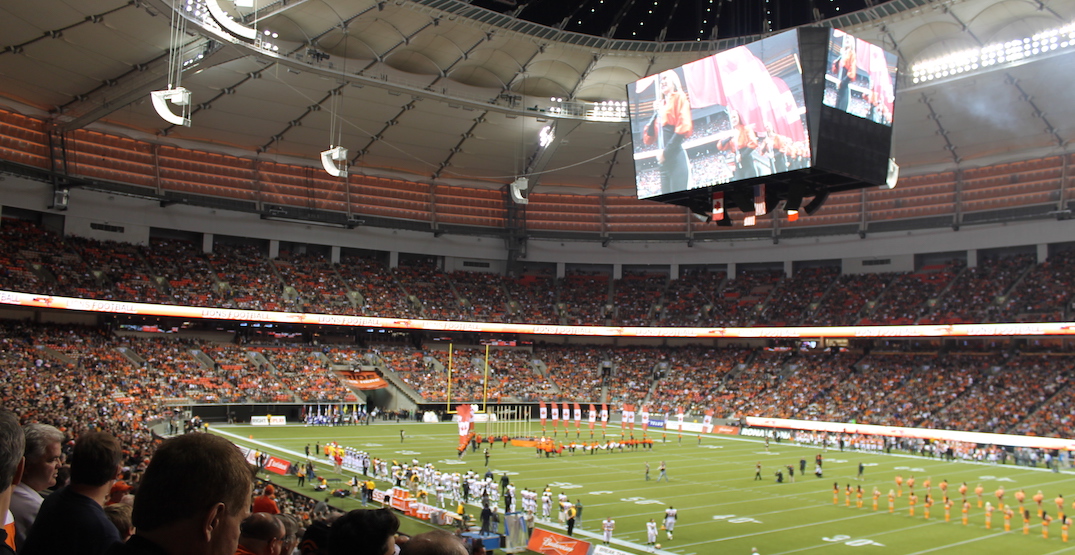 For the first time in years, the upper bowl will be open for a BC Lions home game.

The lower bowl is “on track to sell out” for Saturday’s season-opener against the Edmonton Elks at BC Place, the Lions announced in a media release. With fan interest high, helped by a pregame concert featuring OneRepublic, the Lions are increasing capacity.

As Lions owner Amar Doman hinted yesterday, the team is indeed opening up the upper bowl.

A select number of seats in the 400 level are now available for purchase — with Ticketmaster showing five available sections at centre field.

Looks like the Lions have added five sections in the upper bowl for Saturday. pic.twitter.com/s9OTKUg0Xs

Not a lot of seats left for Saturday. @BCLions very close to a lower bowl sellout at BC Place. pic.twitter.com/efYhIN1O5s

“The response for our 68th regular-season opener has been very enthusiastic and we wanted to do our part to allow as many of our great fans through the gates as possible,” said Lions President Rick LeLacheur.

“Our customers are hungry for football and the chance to enjoy events at full capacity once again and we can’t wait to welcome our great Lions fans through the gates at BC Place.”

Saturday’s attendance could be the largest for a Lions home game since 2016 when 26,481 turned up at BC Place.

Tickets to Saturday’s game include entry to the OneRepublic concert, which begins at 6:30 pm. The game kicks off shortly after 7 pm.

Festivities also include Backyard Block Party outside the stadium, which begins at 2 pm. Bif Naked will perform, replacing Steven Page, who is out due to COVID according to a Lions spokesperson.