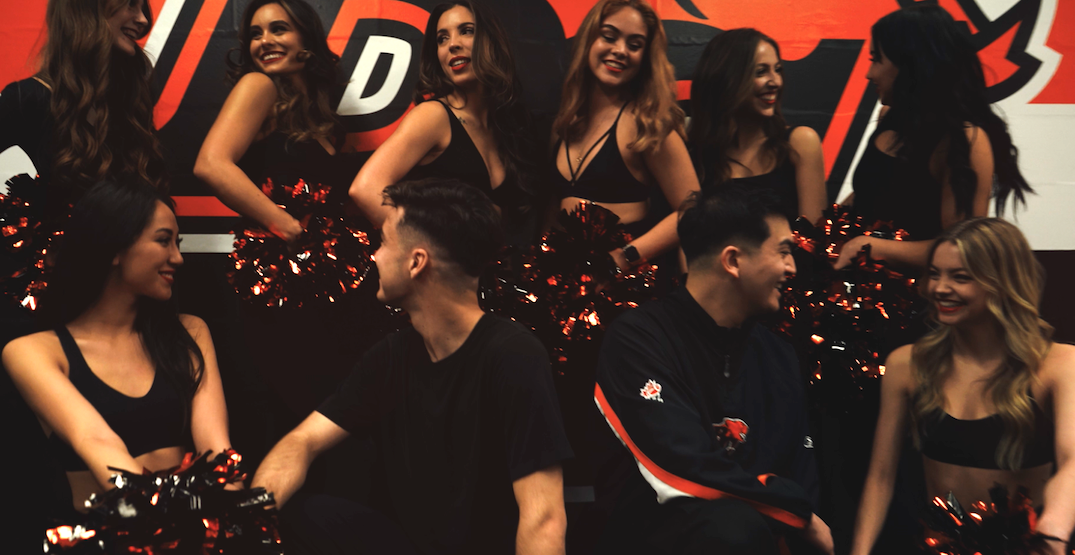 They’re not the Felions anymore.

When the newly named BC Lions’ Uproar Dance Team steps onto the field for tonight’s CFL preseason game at BC Place, it’ll be the first time they’ve done so for a game since 2019.

Back in March, all genders were welcomed to try out for the previously female-only dance team.

Of the 40 dancers selected for the 2022 team, five men made the cut. Sunny, Francis, Albert, Isaac, and Calvin are the names of the trailblazing men, who made the team for one simple reason: they can dance.

“It was the right fit, that’s what it came down to,” BC Lions Dance/Promo Crew Manager Alexandra Severyn told Daily Hive. “It was just based on talent, no matter who you were.”

Over 10 men tried out for the team, Severyn said, adding that moving away from the Felions brand was unrelated to the decision to add men to the team.

Also new to the team this year? For the first time ever, the Lions dance team will include a dancing mascot. The mascot will be in addition to Leo the Lion, and will be revealed at the regular-season opener on June 11.

Severyn was busy putting the team through their paces in their final dress rehearsal on Thursday night and says that having men on the team doesn’t change a thing.

“The transition was so easy and simple that I think it will be well received by the fans. It just fits. They dance well together, it’s a nice compliment, and if men want to be on the team they have every right to come and be on the team. If you’re a good enough dancer, and you’ve got good sportsmanship and a good attitude, you have the right to be down on the field just like anybody else.”

“We have five super talented male dancers, and hopefully this year at the games maybe there’ll be some more male dancers [in the crowd] that look on the field and say ‘wow that looks pretty cool, I want to [try out] next year.’ So the idea is that we would build on that each year.”

The women have welcomed the men with open arms.

“It’s just been seamless. Everyone is welcome. They all respect each other. It’s just been really natural. I don’t know why we didn’t do it sooner.”

A post shared by BC Lions UPROAR Dance Team (@uproar_dance_team)