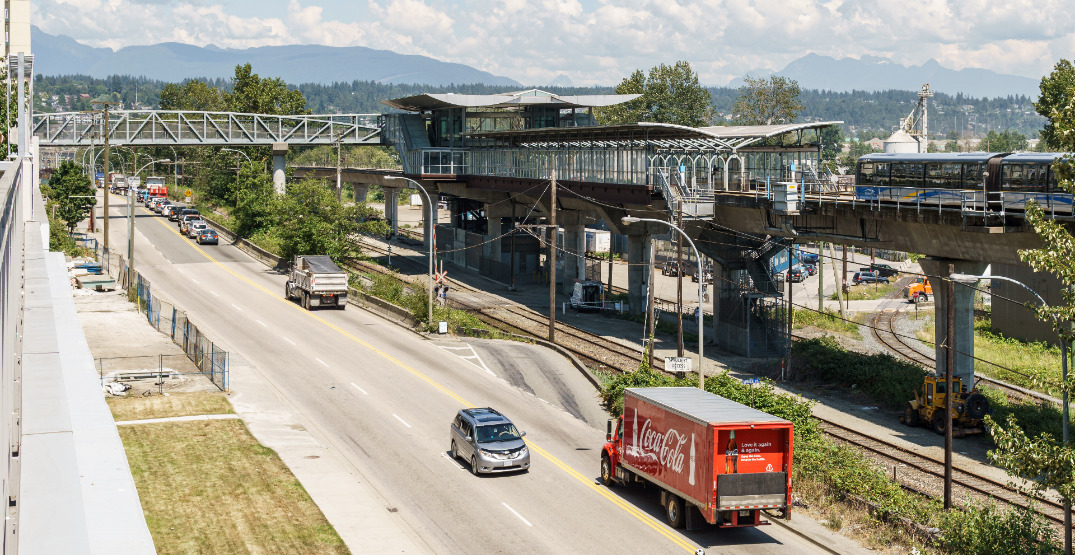 A man was on the receiving end of an attack that saw him allegedly get pushed to the ground and punched in the face at a SkyTrain station in New West.

The incident occurred on the afternoon of May 12, around 3:30 pm. The New Westminster Police Department (NWPD) says that a man walking on the overpass towards Sapperton SkyTrain station passed the suspect walking in the opposite direction.

As the two people’s paths crossed, the suspect allegedly pushed the victim to the ground and punched him in the face before getting on the train.

Someone who witnessed the attack was thankfully able to call 911 immediately after and provide aid to the victim before police arrived on the scene.

Shortly after the incident, an NWPD patrol officer who happened to be driving past New Westminster SkyTrain Station spotted the suspect and made the arrest without incident.

“It’s troubling because the attack is unprovoked. So, in this case, there’s nothing that we believe the victim could have done to prevent something like this. We’d like to commend the witness who called 911 and provided aid to the victim,” said NWPD Sergeant Sanjay Kumar in a statement.

The suspect is a 50-year-old man who doesn’t have a fixed address and is known to police. Police are recommending one charge of assault. He has since been released with a court appearance scheduled for next month.

Metro Vancouver Transit Police thanked the NWPD for its assistance in arresting the suspect.

“In order to ensure seamless policing throughout the vast transit system, Transit Police works closely with all of our jurisdictional police partners to ensure that transit passengers stay safe. This incident is one example of how teamwork resulted in a quick arrest and sends a clear message that violence on transit will never be tolerated,” added Transit Police Constable Amanda Steed.