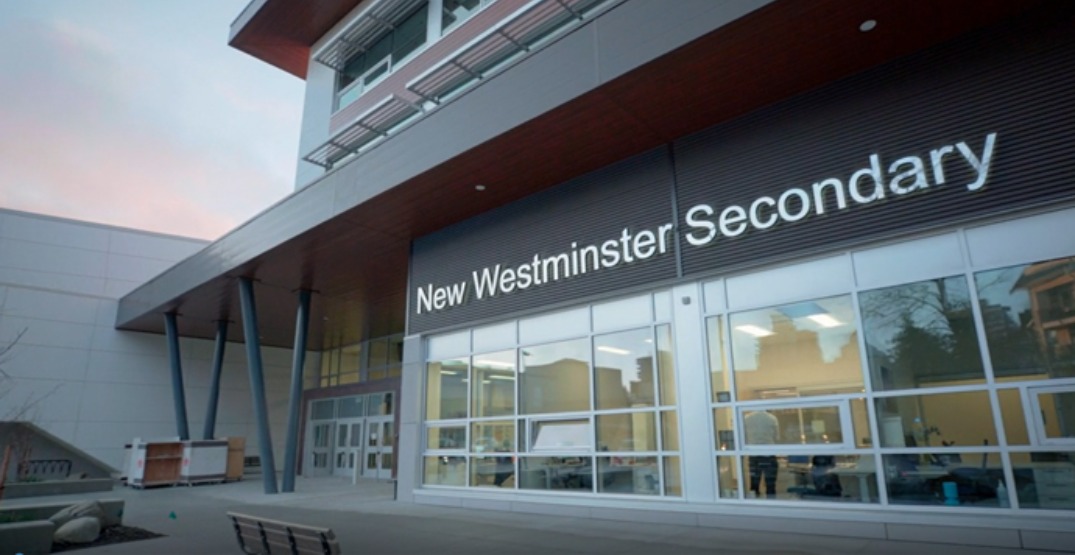 A student was assaulted and left with serious injuries at a high school in New Westminster Wednesday afternoon, according to a statement from the New Westminster Police Department.

Police responded to a report that a student had been assaulted “with a blunt force weapon” out front of New Westminster Secondary School on 6th Street.

“The youth was transported to a local area hospital for treatment of his injuries which included a significant laceration to his head, and suspected concussion and broken arm,” the force said in the statement.

Police also arrested an 18-year-old male suspect and are working with the victim and witnesses to learn more about what led to the assault.

“At this time, it is believed that the assault was not random and the victim and suspect are known to each other,” New Westminster police said.

“Also believed related to this incident; approximately 30 minutes prior members of the NWPD Gang Suppression Unit located two groups of males in the 700 block of 6th street who appeared to be preparing to have a physical altercation. GSU members intervened and during the process seized a baton and a replica handgun.”

The force did not say how the two situations were related.

“This is a very disturbing incident,” Sgt. Sanjay Kumar said.

“Schools are supposed to be places where students feel safe. Our investigators will do everything they can to ensure this matter is thoroughly investigated and those responsible are held accountable.”

Anyone who saw what happened, knows something about it, or has dashcam or other footage is encouraged to contact the New Westminster Police Department.

This incident happened around a week after a 17-year-old student was arrested following a serious assault at a Richmond high school.

Daily Hive Vancouver has reached out to New West police and will update this article.