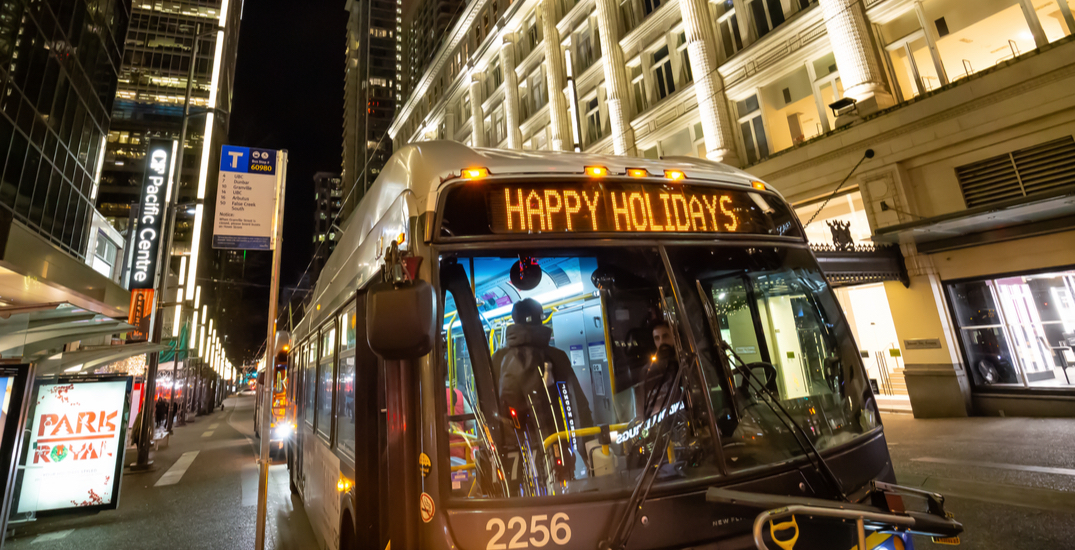 In a vote conducted in Surrey today, union members officially approved the tentative agreement endorsed by Unifor’s negotiators during the early morning hours of Wednesday, November 27. The vote result was 84.3% in favour of the deal.

A three-day shutdown of bus and SeaBus services that would have crippled Metro Vancouver was narrowly averted last week, with both sides announcing at approximately 12:30 am they had reached an agreement.

“Metro Vancouver transit workers will see significant improvements to wages, benefits, and working conditions as a result of this new agreement,” said Jerry Dias, national president of Unifor, in a statement.

Additionally, benefits and working conditions were substantially increased for all workers, including expanded recovery time and clarifications on washroom time for bus drivers.

The terms of the new agreement were also ratified by CMBC’s board of directors yesterday.

“Our hard-working and dedicated employees will benefit from a balanced and competitive package which improves wages, benefits, and working conditions,” said Michael McDaniel, the president of CMBC.

“Today’s vote ends a challenging period for the company, our employees, and customers.  We’ve always been focused on providing quality transit services and delivering an unprecedented service expansion plan for this region. That important work will continue for the hundreds of thousands of people who rely on our system each and every day.”

Here are the major components of the deal ratified by CMBC’s board of directors and Unifor members working in bus and SeaBus operations:

During the dispute, the public transit authority blamed dwindling recovery time for eating and washroom breaks on factors that revolved around rising bus delays due to municipal road traffic congestion and increased overcrowding.

A report released by TransLink in October indicates 80% of the region’s bus routes are now travelling slower than five years ago, leading to $75 million in extra annual bus operating costs as a result of the need to use more buses and bus drivers to keep routes on the established scheduled frequency. The bus fleet operating costs increased by a further 16% from the added recovery time spent at terminals.

Moreover, between 2016 and 2018, bus ridership increased by 18% and bus overcrowding went up by 36%, even with significant increases to bus service from the first phase of the Mayors’ Council’s Plan.

Over 1,000 bus drivers were hired over the last two years, and CMBC has plans to hire an additionally 1,300 bus drivers between now and 2021 for service expansion, and to further address recovery time and understaffing concerns.

Unifor’s escalating labour action — a ban on uniforms and overtime — lasted for 27 days starting on November 1. Both sides struggled to reach an agreement, with Unifor demanding a fair contract addressing working conditions and TransLink arguing that it wanted a deal balancing worker and public transit rider interests, as meeting the union’s full demands could lead to hikes in fares and taxes, and cuts to planned service expansion.

The last time bus and SeaBus workers went on strike was in 2001, when services were completely shut down for four months.

While the public transit authority has settled its labour dispute with Unifor, negotiations with the union representing SkyTrain’s Expo Line and Millennium Line workers are still ongoing. Both sides have agreed to the use of a mediator.

These SkyTrain workers, numbering approximately 900 people, voted 96.8% in favour of labour action on November 19. CUPE 7000 is required to provide the employer with 72 hours notice of any labour action.