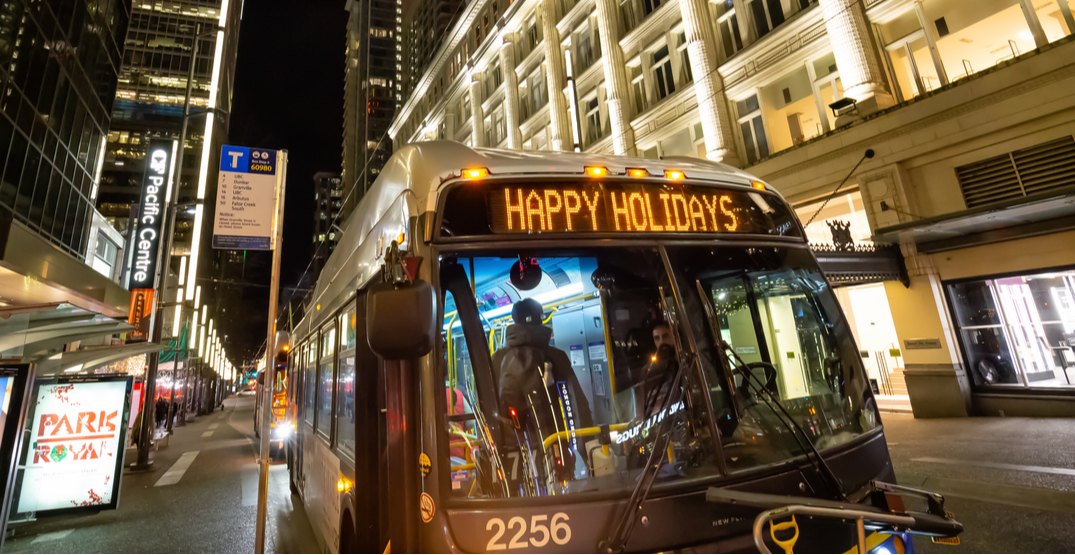 The planned three-day transit shutdown of bus and SeaBus services will not be going ahead after a tentative deal was reached between the union and TransLink subsidiary Coast Mountain Bus Company (CMBC).

The deal, made just before 12:30 am Wednesday, avoids a shutdown that would have crippled much of Metro Vancouver. Approximately 350,000 people use buses and the SeaBus each weekday.

While there is no shutdown and all labour action has come to a conclusion, TransLink says there could be some service disruptions in the morning, as it will likely take some time to ramp up CMBC’s operations and staffing levels back to normal after such short notice.

“I’m pleased to announce that Coast Mountain Bus Company (CMBC) has reached a negotiated, tentative deal with Unifor locals 111 and 2200, which represent bus and SeaBus operators and maintenance staff. As a result of this agreement, our employees will benefit from a competitive package which features improved wages, benefits, and working conditions.”

“I would like to commend both parties for working together and finding common ground to end this difficult chapter for our customers, employees, and the company.  The agreement is still to go through a ratification process, which we expect will take several weeks.”

“Securing a deal means the union’s planned bus and SeaBus system shutdown will no longer proceed, nor will any further union job action. However, customers may still find some disruption to services tomorrow given the timing of a deal being reached. Commuters should check transit alerts tomorrow to ensure their route is operating on schedule.”

On their part, Unifor — the union representing transit workers — says its members are being told to report to work for their normal shifts on Wednesday.

The details of the agreement will be released to the public after union members hold a ratification vote over the coming days.

Full statement by Jerry Dias, the national president of Unifor:

“Transit workers stood up for one another and fought hard to get a fair contract. Total service disruption was a last resort, so our members are relieved that they can return to serving the public.”

“This contract recognizes that Unifor members are the backbone of the Metro Vancouver transit system. We look forward to being an integral part of an expanding system that keeps this region moving.”

Last week, Unifor threatened a three-day “complete transit shutdown” beginning on Wednesday, November 27, if a “fair” deal with CMBC had not been reached.

Labour action began on November 1 with a uniform ban of transit operators and an overtime ban of maintenance workers. On November 15, labour action escalated with bus operators refusing overtime.

The issues centred on wages, benefits, and working conditions, with Unifor arguing its members needed proper recovery time to eat and use the washroom. Recovery times have become less predictable due to bus delay as a result of rising road congestion and overcrowding, with TransLink data showing 80% of its buses travelling slow than five years ago.

TransLink publicly countered the union’s requests, stating the level of demands could result in higher fares and taxes, as well as cuts to service expansion amidst rapidly growing ridership.

The last transit shutdown in Metro Vancouver, as a result of labour action, occurred in 2001 and lasted for four straight months, until the provincial government enacted back-to-work legislation.