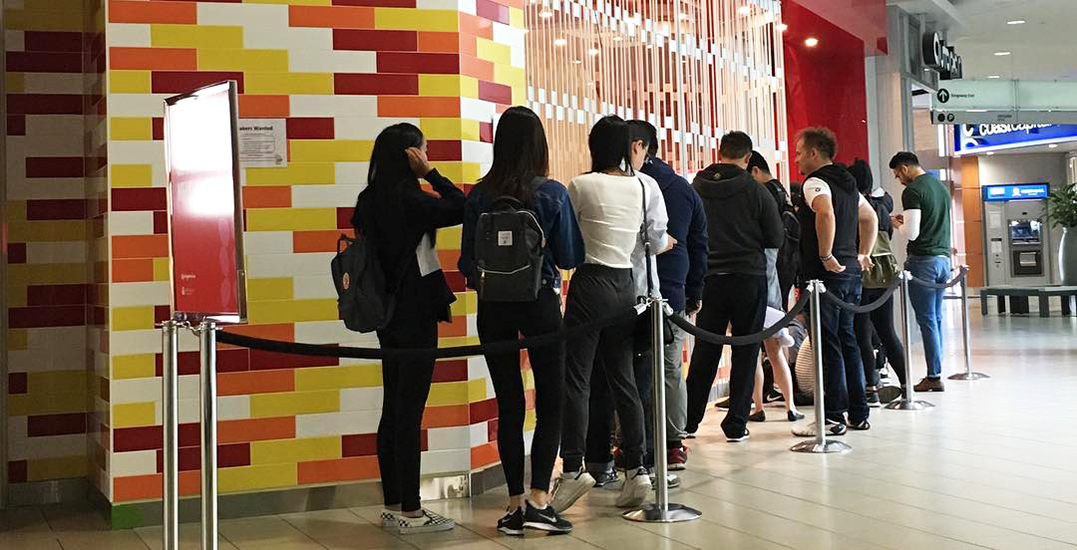 It looks like people really can’t wait to try Uncle Tetsu’s famous Japanese cheesecakes, as a line began to form prior to their official opening.

Located in Metrotown, right next to the MUJI store in the Hudson’s Bay wing of the mall, lines were seen forming as early as 8 am.

The lines, however, are nothing out of the ordinary.

The cheesecakes, stamped with the chain’s logo, are in infamous demand and customers are often limited to a single cake per customer.

Even in Toronto, where Uncle Tetsu first touched down in 2015, the popular store still sees constant lineups that push their way out of the door.

In addition to their cheesecake, visitors can expect honey madeleines and Uncle Tetsu’s Rusk (the signature Japanese cheesecake in biscuit size) from their soon-to-open Metrotown location.

Uncle Tetsu’s Metrotown location officially opens at 10 am today… and we expect the line will just get bigger.

–with files from Hanna McLean