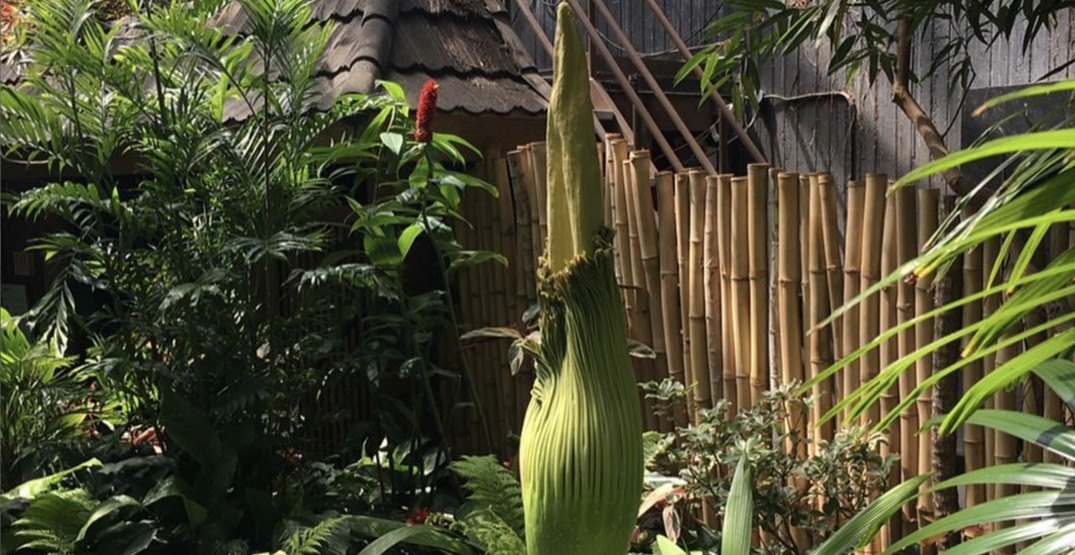 The Corpse Flower has closer its petals and its stench has faded away (taisha.jm/ Instagram)

Uncle Fester’s stench has come to an end.

The smelly corpse flower at Vancouver’s Bloedel Conservatory in Queen Elizabeth Park has closed its petals. And with the recession, the nasty smell has also faded away.

No line! The smell has dissipated and the spathe is closing up. The spadix may even collapse by the end of the week! Meet Uncle Fester, the first corpse flower to bloom publicly in BC before he’s gone! We’re open until 11pm tonight and there is currently no wait! pic.twitter.com/NWykq6I6GQ

The species’ real name is the Titan Arum, and the plant is native to the equatorial rainforests of Sumatra in Indonesia.

Still about an hour wait to see the #BloedelCorpseFlower We hope Uncle Fester opens up his spathe a little more today. It’s super cool to see inside! 🌱 (photo from Monday morning) pic.twitter.com/wWTKLT3HDB

During its brief blooming period, the corpse flower typically attracts pollinators such as carrion beetles and flesh flies.

Multiple statements from the Vancouver Park Board have compared the plant’s scent to the following:

Curious Vancouverites lined up for hours outside the conservatory to catch a whiff of Fester’s stench.

The Bloedel Conservatory also extended its hours from 7 am to 11 pm to allow as many visitors as possible during the two-day bloom.

The corpse flower generally needs seven to 10 years to bloom for the first time. Uncle Fester’s next bloom may not occur for another two to three years or even a decade.

If you missed Uncle Fester’s two days of fame, you can watch a time-lapse of the bloom below. But you’ll have to wait until Fester blooms again to catch a whiff that stinky odour.