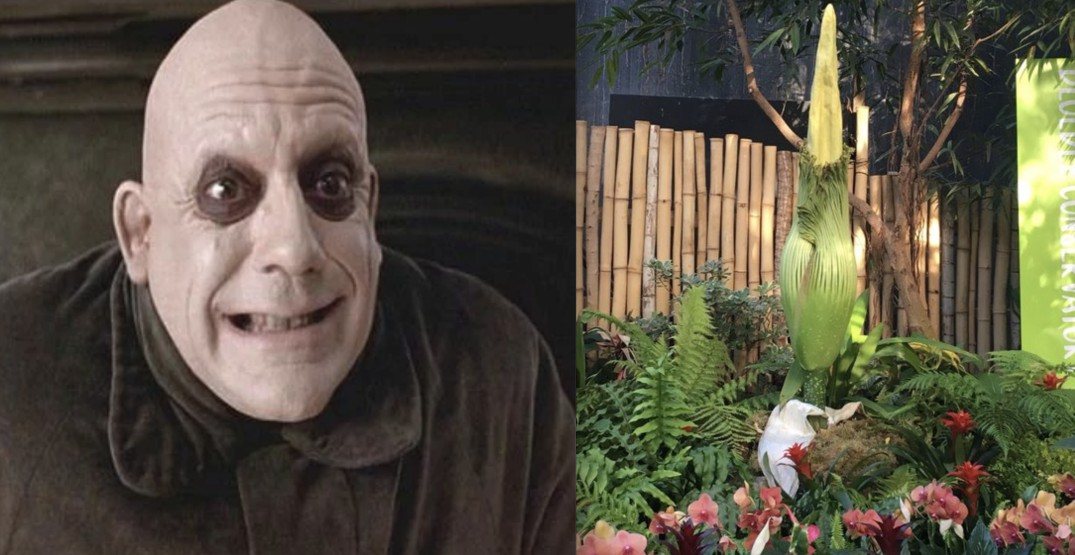 Vancouver’s giant, stinky corpse flower is about to bloom any day now and to celebrate, it has been given a new name.

After an online voting session, Vancouverites have chosen to name the plant Uncle Fester — who is also a famous character from The Adams Family.

The people have spoken! Henceforth #BloedelCorpseFlower shall be known as “Uncle Fester”. Thank you for voting one and all! #vancouver #titanarum pic.twitter.com/uquXAUMdMM

Fester’s scientific name is Amorphophallus titanum and it is one of the largest flowers on the planet.

“When it blooms, it unleashes the smell of rotting flesh. Some have also described its unmistakable scent as similar to discarded diapers or hot garbage,” reads a release by the Vancouver Park Board.

According to updates from the Bloedel Conservatory, Uncle Fester’s petals are ready to open up very soon.

The Bloedel Conservatory will extend its hours for this smelly experience as the blooming will last only 24 to 48 hours.