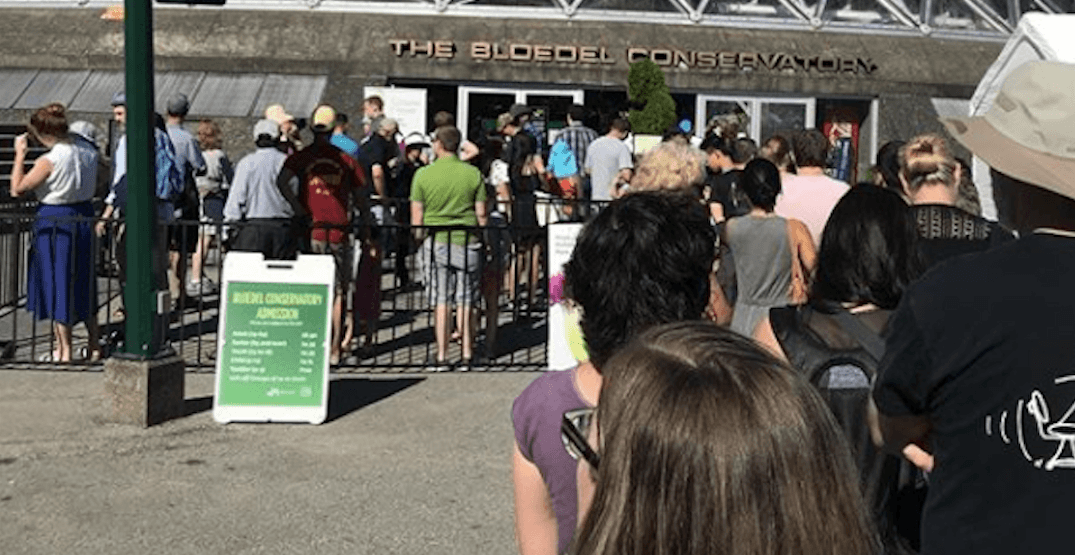 The species’ real name is the the Titan Arum, and the plant is native to the equatorial rainforests of Sumatra in Indonesia.

During its brief blooming period, the corpse flower typically attracts pollinators such as carrion beetles and flesh flies.

But that hasn’t stopped people from braving the current heatwave in Vancouver to step outside and stand in line for up to two hours just get a whiff of their own.

🌞It’s a scorcher today and current wait time is about two hours to meet Uncle Fester. Please bring water and a hat, and stay safe in the sun while waiting in line. There’s a water fountain located just outside the conservatory. Thank you for your patience. #bloedelcorpseflower pic.twitter.com/FMEqUnSO6l

According to the Park Board, corpse flowers generally need seven to 10 years to bloom for the first time. Its next bloom may not occur for another two to three years, or even a decade, making this a truly rare occurrence.

If you’re looking to get in line to fill your nostrils with a scent that has been compared to hot garbage, feces, rotting flesh, and sweaty socks, The Bloedel Conservatory is extending its hours for this smelly experience, as the bloom only lasts for one or two days.